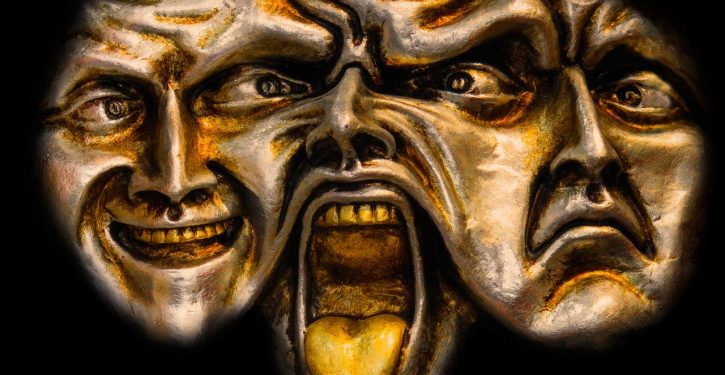 If there were an “official” feeling to describe how Americans view the forthcoming 2020 presidential election, it would be “fear.” However, a study shows election fear predated COVID-19 and the ensuing economic upheaval to form what is now a tumultuous, interconnected triad.

The annual Survey of American Fears conducted in August 2019 by Chapman University found 47.5% of Americans were “afraid or very afraid” of the 2020 election outcome. But among some demographic groups that percentage pushed up considerably — liberals, for example, registered at 74.6%.

Undoubtedly, due to a variety of factors, the national percentage is on the rise.

With this election fear in mind, I was motivated to conduct a “friends and family focus group,” asking, “What fears, if any, do you have about the 2020 presidential election?” Promised anonymity, the respondents were chosen because they follow politics and hold strong, passionate, diverse opinions about President Trump’s possible reelection. Thus, what follows is a stunning — albeit small– snapshot of these “Divided States of America.”

Let’s start with four voters from Florida, often affectionately called “the mother of all swing states.” (And Florida voters relish that description.)

Here is what a robust Trump supporter and loyal Republican Party activist fears about the election:

“First, I worry most about election integrity and that the Left is devising ways to steal the election. I think the Left is happy to destroy America and why they continue to want our country shut down.

“As we all know, the Russian Hoax and the Impeachment Farce didn’t work. Now it’s ‘ruin the economy and try to cause a recession.’ As a result, we are bending over backward, giving away money due to the shutdown. It’s all no good!

“Second, after election integrity, the Left is trying to devise ways to steal the vote. If they should, our world will be terrible. I’m afraid the Left has devious ways to do the steal. Under the Left, the USA will be a world of socialistic everything! Our freedoms would be limited until completely dissolved. I’m sure our religious freedoms would go by the wayside with everything else.”

“I fear that Trump could win. He is too inept to be a president. I strongly believe that he is throwing Americans under the bus. We are all going to suffer because of Trump.”

An entrepreneur who is a very loyal Trump supporter said:

“No fear because Trump will win with no problem.”

The Florida voter group concludes with a Christian nonprofit executive:

“I fear Biden will win because Trump has turned off women voters. With Biden, we get an administration that will limit religious freedom, usher in socialism, and appoint judges who support unrestricted abortion.”

Next, we hear from a Pennsylvania voter who is an enthusiastic Trump supporter:

“As for fears about the election, I am very anxious. Voter fraud is of great concern, particularly in Pennsylvania and Michigan, where anyone can request a mail-in ballot. Why is no type of ID required to vote? These two items are enough to rig the election.

“Biased media coverage is also a major fear. Couple that with a Democratic machine that will lie, cheat and, I believe, kill, to get their agenda passed.

“Scariest of all, if Biden is elected, he is a bumbling idiot who will be used as a puppet for the Left. Socialistic and secular rule sends shivers down my spine.

“Sorry to ramble, but you hit a nerve, to say the least.”

“I fear that Trump will be reelected. I really, really hate the Republican Party and Trump right now.”

Another Virginia voter who is an influential Trump supporter wrote:

“I fear that if voters blame Trump/Pence for their economic and health frustrations created by COVID and buy into the past and present false narratives of the leftist media and liberal Democrats, and do not vote Trump/Pence for another four years to restore America to pre-COVID prosperity and success due to their leadership — then I fear our nation will never recover from this pandemic.

“I am fully convinced that front-runner Joe Biden is not competent at this stage of his life to lead our nation forward.”

In Georgia, a reliable Trump supporter in the advertising business thinks:

“This pandemic of fear has revealed how easily a totalitarian regime could come to power. Just look at Michigan, where the partisan divide has widened even further. The Left is fueled by powerful forces driving us toward socialism and globalism. The Right is trying to hold on to personal liberty, free-market capitalism, and national sovereignty.

“The election is not about policy differences. It is about what this nation is going to become — what will it mean to be an American in 20 years? Will we still say the Pledge of Allegiance? Or will there be a new pledge to some globalist entity? China is the model. Is that what we want?”

From South Carolina, a retired lawyer who held a high position in a prior Republican administration:

“My fears are what if Trump is reelected and Democrats control Congress? How many lawsuits, investigations etc. will we have? How will that paralyze the government?

“Who will be Biden’s VP? Could it conceivably be a socialist?

“If the virus returns in the fall, what will voter turnout be? Would we see an increase in other forms of voting that could trigger all kinds of fallout and lawsuits?”

Now we travel to the state of Washington and hear from two “techies.” First, a marketing executive with a major software corporation:

“My biggest concern is that after Trump loses (in a historic drubbing of Jimmy Carter proportions), he does not go gracefully. Instead, he begins contesting the results and questioning the validity of the system that rejected him.

“If you asked me in January about Trump’s chance of reelection, I would have said ‘most likely’ due to the strength of the economy. Trump had an excellent opportunity to lead with his coronavirus response. Instead, he showed us how out of touch and unbalanced he really is — our nation can’t afford a president who can’t lead in times of crisis.

“These times make me wish that we still had Obama — and I voted for McCain!

“If our nation can’t quickly forgive and realize how open some of these wounds are and begin working together towards a common-sense policy for things like health care, education, immigration, and basic social safety nets, then it will just get worse. History will point to Trump as the catalyst that broke our nation rather than a contentious time in history. Make America Great Again — vote Anyone But Trump 2020.”

Second, a computer engineer in senior management at one of the nation’s largest companies:

“My fear is Trump knows that if he loses the election, he’s screwed. He’s going to go nuclear, and the usual checks are already gone. How far will Trump go, and what are people around him (including the right-wing press, various government agencies, and the judicial branch, which has lost credibility due to partisan judges) going to allow? He seems likely to have his enemies blackmailed, jailed, and assassinated (either directly or indirectly).”

Finally, two voters in California beginning with a Trump supporter who is a well-known conservative writer:

“I fear voter fraud. But it’s more of a concern than a fear.”

Now we “wrap” with a major studio film producer who has earned decades of credits on movies you have watched:

“I fear that this [bleep]bag, [bleep]hole, mother[bleep] narcissistic, sociopathic, self-absorbed lying piece of [bleep] who is masquerading as our leader actually might have a chance of getting reelected. How’s that for a quote, Myra?”

The extreme division expressed by my “friends and family focus group,” although unscientific, likely mirrors sentiments throughout our nation and leads to my fearful conclusion: The election and its aftermath are gathering plot elements, characters, and a script to produce what could be a very long horror movie in November. 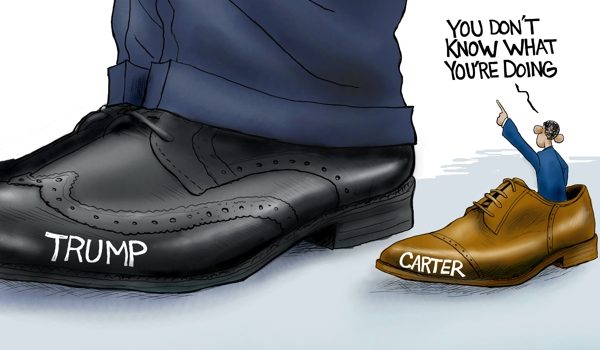