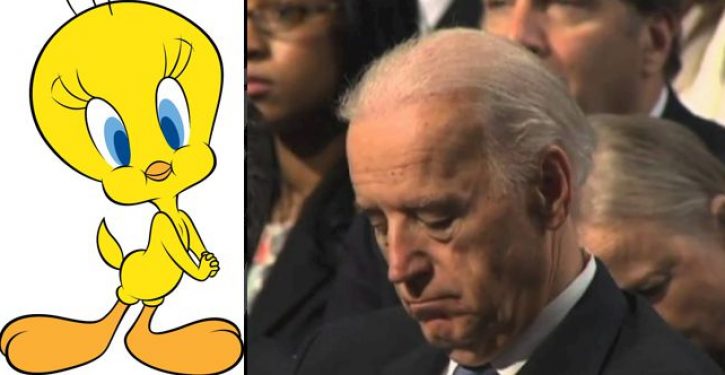 How do you feel about Donald Trump’s nicknames for people? Some people tend to chuckle when he serves up these put-downs at campaign rallies, while others are unamused.

Joe Biden is of the latter class. When asked in May 2019 whether he’d respond to the president’s references to him as “Sleepy Joe,” the former vice president said he was wary of getting into a “mud wrestling match” with Trump. Which is not to say he didn’t attempt to fire off a zinger. As Politico reports:

“There’s so many nicknames I’m inclined to give this guy,” Biden said to laughter in the room. “You can just start with clown.”

Since then, however, he has avoided referring to Trump by anything other than his name or title.

That was until Monday, when he gave the president a new nickname. So what kind of damage did he manage to inflict on Orange Man Bad? None. His new handle for Trump was “President Tweety.” The name, he explained, is meant to connote Trump’s habit of tweeting instead, in Biden’s mind, of taking action. But “President Tweety”?! One supposes that for a candidate whose campaign conducted a “No Malarkey” bus tour, “President Tweety” was probably predictable.

Biden’s embarrassing choice of nickname for Trump was not the only problem. The teleconference took place in the same room where Biden had his disastrous virtual rally with Florida voters. That event was marred by technological gaffes. This one was the result of poor planning. Having announced at the outset that Canadian geese often gathered on his property, he nevertheless arranged to have the doors to the outside open, and like clockwork the moment he started speaking, the birds starting honking. 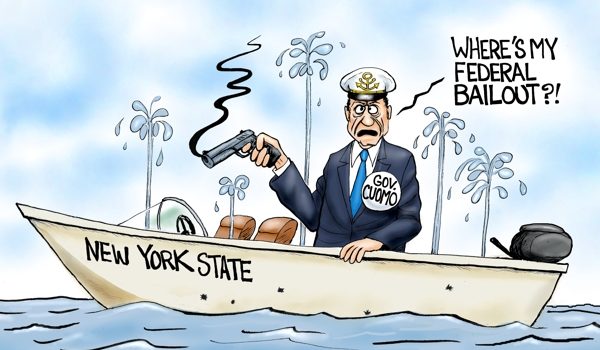