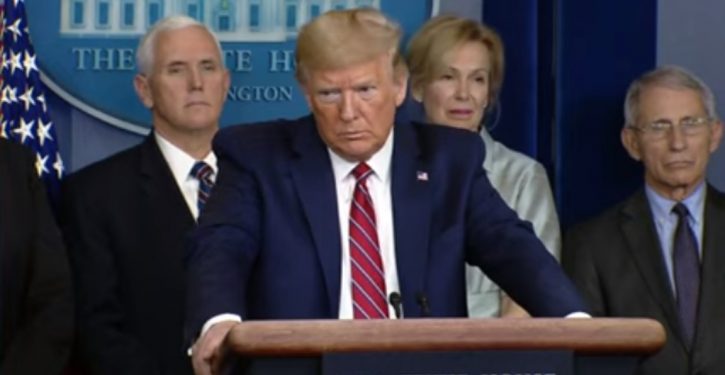 There’s just no pleasing some people. Last month the Left was all over Donald Trump for having supposedly urged Americans to inject or drink bleach. He did neither, but damned if Democrats and the media were going to pass up a golden opportunity.

Yesterday, the president revealed that he he has been taking the drug hydroxychloroquine prophylactically, and once again the media are on his case. The Washington Post writes, “President Trump announced Monday that he is taking the drug hydroxychloroquine as protection against the novel coronavirus, despite the lack of evidence that it prevents individuals from contracting the illness and warnings from physicians that it can have deadly side effects.”

New York’s Daily News also plays up the safety concerns, noting that “medical experts say the drug can be deadly and should not be administered outside of hospital settings.”

The topic was grist for the Monday night cable lineup. CNN’s “Anderson Cooper 360” spoke with a medical expert, a Dr. Nancy Pelosi, who said the unproven nature of the drug and its questioned effectiveness in treating COVID-19 worried her.

As far as the President is concerned, he’s our President and I would rather he not be taking something that has not been approved by the scientists, especially in his age group and in his, shall we say, weight group, that is … morbidly obese, they say. So I think it’s not a good idea.

Trump’s latest physical does not indicate that he’s morbidly obese. Pelosi, who tells us she prays for the president, evidently tossed that in because she’s “concerned” about his well being.

Not everyone was as charitable as Pelosi. CNN’s Ana Navarro had this to say upon hearing the news.

Trump says he’s taking Hydroxychloroquine. It’s a leading story today. He often acts like a toddler, but he’s an adult. If he wants to take a drug w/serious side effects, including causing heart and kidney issues, let him!

If he wants to wash it down with Lysol, that’s fine too. 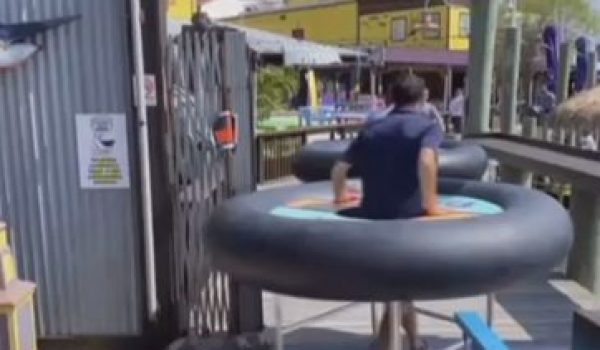