With 172 days left and counting, presumptive Democratic nominee Joe Biden still has yet to reveal what his plans as presidents will be in the event he is elected.

During the early stages of the race, when he was bringing up the rear in the polls, the former vice president, a lifelong moderate, tried to cast himself as further left than any of the hard-left candidates running. In July of 2019, he announced that he was  abandoning his career-long support for the Hyde Amendment, which bars the use of federal funds to pay for abortion except to save the life of the woman or if the pregnancy arises from incest or rape.

On the subject of immigration, Biden has been all over the map. An article in Jacobin titled “Joe Biden, Anti-Immigrant Enabler,” Biden is accused of having “spent his career helping build the very deportation state now in Trump’s hands.” Yet, he recently proposed a plan to “flood the United States with millions of new immigrant workers — both skilled and unskilled” at a time when 30 million Americans are out of work.

Which brings us to his Biden’s plan for coping with the problems attending the COVID-19 epidemic. He hasn’t stated what he will do that is different from what the current administration has done in what amounts to uncharted territory. But one thing he did make clear at this late date is that he apparently doesn’t believe China is at fault for the spread of the virus. And he articulated this point, in which he accused Donald Trump of playing the “China card,” in his own inimitable fashion, with a flourish of false starts and stutters, served with a generous helping of word salad:

Democrat Joe Biden on President Trump correctly blaming China for lying to the world about coronavirus:

As to his position, Biden apparently missed the report by the Washington Post noting that despite their differences on how the pandemic should be handled, “Americans in both parties increasingly agree that the United States needs a tougher, more realistic China strategy that depends less on the honesty and goodwill of the Chinese government.” 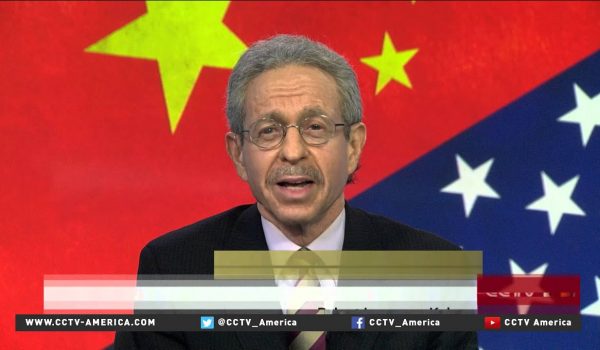