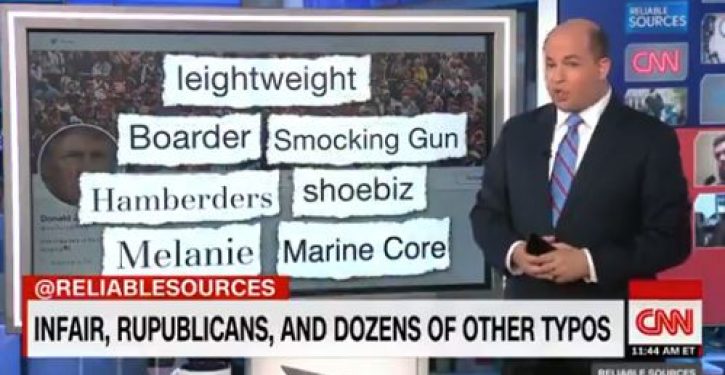 Going after presidents for dumb or careless mistakes is nothing new. We all do it. I myself pulled no punches when Barack Obama was in the Oval Office and bestowed on us such gifts as such as “corpse”man, Cinco de Cuatro, and the Bavarian language — the ridiculousness of the second of these heightened by an exaggerated Spanish accent.

So why am I singling out CNN’s Brian Stelter for devoting a segment to Donald Trump’s spelling errors? It’s not because some misspellings on Twitter are the result of hasty typing and not an inability to spell. In fact, I freely concede that Donald Trump does commit a lot of misspellings, including capitalizing words that don’t require an initial cap.

My beef with Stelter is that four days ago he spent a segment excoriating the “right wing media” for its fixation on the Michael Flynn scandal even as 2,000 Americans a day were dying of COVID-19. “It’s like New Orleans floods every day. It’s like the planes go into the towers every day,” he told his viewers.

Yet, here he is, taking his eye off the ball to hammer the president over his lousy spelling.

Trump's avalanche of absurd Twitter typos – thanks to @factbasefeed, we have these stats that compare Trump to other politicians – here's the segment from @ReliableSources pic.twitter.com/TOjEA1DAHX

Bear in mind that Stelter is the same CNN host who confessed last month to having “crawled in bed and cried for our pre-pandemic lives.” How soon they forget.

This is not the first time, incidentally, that CNN spellchecked Trump. That distinction belongs to Chris Cuomo, who took the president to task in 2018 for writing counsel in place of the intended council.

The limits of Anthony Fauci’s expertise
Next Post
Cartoon of the Day: Scales of injustice 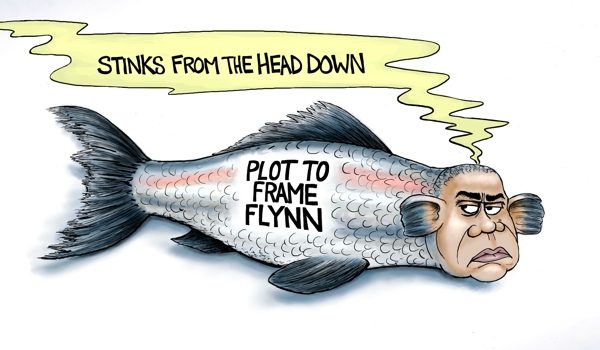