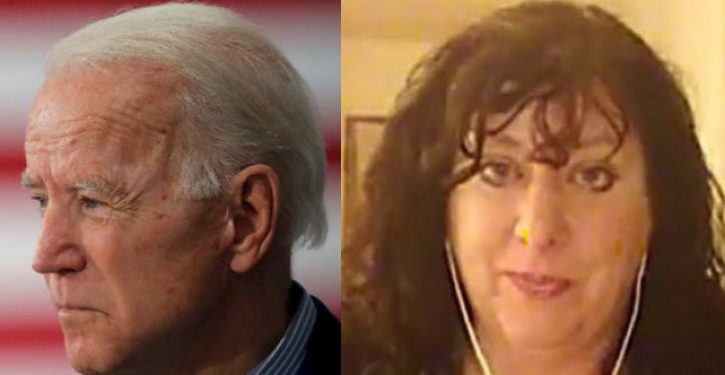 A prominent legal defense fund established to support women alleging sexual harassment said it can’t assist Joe Biden accuser Tara Reade because its charitable status would be at risk if it spent money related to candidates for public office.

But experts questioned the Time’s Up Legal Defense Fund’s rationale. They said that such a restriction would give a free pass to politicians by barring their accusers from receiving financial assistance for legal fees from charitable organizations that would otherwise offer support.

And the 501(c)(3) charitable organization that operates Time’s Up, which was established in the wake of the #MeToo movement, has spent a considerable amount lobbying within the halls of Congress, records reviewed by the Daily Caller News Foundation show.

“You don’t get a free pass because you’re a politician,” said Alan P. Dye, a partner at the D.C.-based law firm Webster, Chamberlain & Bean who specializes in representing nonprofit organizations.

“This is a charitable activity that has been ongoing and the mere fact that the defendant in this case would be a politician should not matter,” Dye told the DCNF.

Time’s Up, which is operated by the National Women’s Law Center (NWLC), has committed over $10 million to fund legal and public relations services for women alleging sexual harassment in the workplace.

Time’s Up states in its application form for lawyers seeking reimbursement from the fund that it prioritizes matters involving “sexual harassment and/or retaliation by an especially high profile, prominent, or powerful individual.”

“These matters are a priority because of the large power disparities that leave individuals experiencing such harassment or retaliation uniquely vulnerable,” the application form states.

Reade has accused Biden of kissing her, touching her, and penetrating her with his fingers without her consent in 1993 when she was a staffer in his Senate office, allegations that Biden and his campaign have denied.

Reade said she filed a complaint at the time with a Senate personnel office that did not include the alleged assault or the phrase “sexual harassment” but did detail how Biden’s conduct towards her made her feel “uncomfortable.”

Reade said the complaint, which has not yet been located, would demonstrate that she faced retaliation from Biden’s office after the alleged assault.

“They forced me to resign,” Reade previously told the DCNF. “And that will have the date on it.”

Despite the fact that Reade’s allegations align with multiple areas of Time’s Up priorities, the organization declined to offer support to Reade in February.

In a statement explaining why it declined to support Reade, NWLC spokeswoman Maria Patrick told The Intercept that “as a nonprofit 501(c)(3) charitable organization, the National Women’s Law Center is restricted in how it can spend its funds, including restrictions that pertain to candidates running for election.”

Multiple experts told the DCNF that if a charity has a history of expending charitable funds to support women alleging sexual harassment in the workplace like Time’s Up does, then a defendant’s status as a politician should not play a factor in determining whether or not that charity is able to support an accuser.

“If all they’re doing is the same thing they’ve been doing for the same kind of plaintiff, I don’t think I see a problem,” said Dye, the nonprofit attorney at Webster, Chamberlain & Bean.

The executive director of the watchdog group Charity Watch, Laurie Styron, told the DCNF that it’s difficult for her to imagine that a specific rule exists in the tax code that would prevent an accuser from seeking legal aid from a charity if the accused is a politician.

“Such a rule would help shield politicians from the consequences of a criminal act based on their profession alone — consequences from which perpetrators working in any other profession are not shielded,” Styron, who is not an attorney, said. “It doesn’t really track that politicians would be signaled out for a specific rule like this.”

University of Pittsburgh law professor Philip Hackney said that as long as a charity’s activities primarily further its charitable purpose he “would expect that their providing support in a case involving a politician would generally not put their charitable status at issue.”

However, Hackney noted that a charity like the NWLC is under no obligation to support any particular case, adding that even the appearance of political intervention on the part of charities can open up a can of worms with the IRS.

“Charitable organizations are absolutely prohibited from intervening in a political campaign,” Hackney said. “I could see where a cautious organization therefore might steer clear” of supporting someone accusing a candidate for public office.

Loyola Law School tax professor Ellen Aprill told The Intercept that Time’s Up would not put its charitable status at risk if it assisted Reade as long as it approached her case the same as all its other cases.

“As a legal matter, if the group is clear regarding the criteria used as to whom it is taking to court, show that these are long-established neutral criteria, and they are being applied to individuals completely independent of their running for office, it would not be a violation of tax law,” Aprill said. “Groups are allowed to continue to do what they have always done.”

And while NWLC declined to support Reade due to its charitable status, it has commented specifically on the issue of sexual harassment in Congress.

“In the midst of this #MeToo era, egregious incidents of sexual harassment committed in the halls of Congress have started to come to light,” NWLC wrote in a petition on its website. “Worse, our current laws allow the members of Congress who committed these acts to duck accountability, paying out settlements with public funds and hiding behind secret proceedings.”

“Tell Congress that enough is enough,” the NWLC petition said.

“Vice President Biden directly addressed the allegations before him head-on today — anyone running for office should do no less in the face of such serious claims,” Graves said. “Even in the context of a presidential race, in fact especially in this context, the public is looking for leaders to be clear, transparent, and to have meaningful conversations around claims that are this serious.”

The NWLC has also engaged in a considerable amount of lobbying activities in the halls of Congress, according to records compiled by Open Secrets. The charity has reported expending $910,000 lobbying in congress since 2018, which includes costs related to its advocacy against Kavanaugh’s nomination to the Supreme Court.

Furthermore, the NWLC has an affiliated organization called the National Women’s Law Center Action Fund that is organized as a 501(c)(4) nonprofit and as such has much more flexibility in participating in political activities.

The NWLC Action Fund has not responded to multiple inquiries from the DCNF asking if it is willing to support Reade.

In a new Netflix documentary, Michelle Obama says having kids was a ‘concession’
Next Post
Ocasio Cortez cites ‘kids in cages’ in supporting Biden, forgets he and Obama did same thing