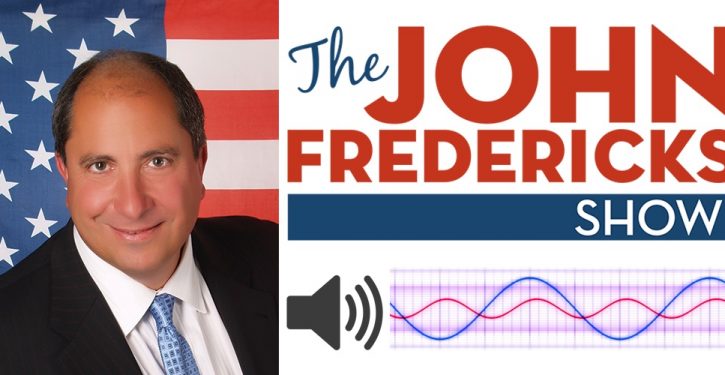 This is a good time to be John Fredericks — the Trump-loving, central Virginia-based talk-radio show host who brands himself “America’s Godzilla of Truth.”

He may be the most influential talk-radio show host you have never heard of, but Donald Trump knows him well. And, at age 62, Fredericks has the president to thank for his mid-career upward trajectory that began in mid-2015.

Seneca, the ancient Roman philosopher, wrote, “Luck is what happens when preparation meets opportunity,” and John Fredericks proves that axiom.

After several decades of holding various positions in media and journalism, on Jan. 1, 2012, Fredericks leased airtime at a rural Virginia radio station, 100.5 FM, and began hosting his own four-hour morning news-talk show.

Then on June 1, 2015, “luck met opportunity.” Fredericks was the first media personality to endorse Donald Trump, predicting that the brash New York businessman with no political experience would become our 45th president. Even more prescient was Fredericks’s timing: Two weeks before June 16, the day Trump famously descended the Trump Tower escalator to announce his candidacy.

Five years later, Fredericks’s owns WJFN with a “robust digital platform,” is syndicated on seven Virginia radio stations reaching most of the state, and holds a White House press pass.

When I asked John about the status of his relationship with the president — since Trump was a guest on his show “about 20 times” during the campaign — Fredericks shyly answered, “I do meet and speak with the president at his request.”

Today, while Trump fights a brutal economic and health war against COVID-19 and the Real Clear Politics general election poll average shows Biden leading Trump by a margin of 5.3 percentage points — I asked Fredericks, “Are you still supporting the president 1000%?” His reflexive answer was “yes” — predicting that in November, Trump would capture a “bigger majority” than 2016, “winning New Hampshire and Minnesota.”

In Trump’s “army” Fredericks is a 3-star general, broadcasting live weekdays from 6-10 a.m. at his now self-owned WJFN, reaching from Richmond to Charlottesville and licensed in Goochland, Va. Gooch-what? Gooch-where you ask? Approximately 115 miles south outside the infamous Washington Beltway, west outside of Richmond, east outside of Charlottesville and way outside the “Acela Corridor.”

“John Fredericks understands ‘the Deplorables’ in the same visceral way Trump does,” former Trump White House advisor Steve Bannon and host of “War Room: Pandemic” (which originates from and airs daily 10 a.m.-12 p.m. on WJFN) said in an email. “He gets that they are the backbone of the nation — what they think matters, what they do matters, and how they vote matters.”

For the record, Fredericks thinks Bannon is the leader of “the Deplorables.”

Fredericks also knows when and how to throw just the right amount of “red meat” to his “Deplorable” audience — a key to understanding his outsized influence in “Trumpworld’s loyal army” without going off the rails.

Yet, broadcast waves emanating from Goochland go beyond pleasing Deplorables and national Republican office holders. “I have the unique ability to attract high-profile Democrats to come on my show regularly,” John told me. They “know where I stand, but I have a reputation for asking good questions, being knowledgeable, being fair, I don’t do gotcha. I am trying to get information and have a dialogue — not just a soundbite — big difference.”

He continues, with a message targeted to the Acela Corridor in this uber-polarized media environment: “If you don’t understand what the other side is saying, you have no way to beat it, or defeat it, or figure out how to work together.”

One would never guess those words emanate from an original MAGA-hat wearer with stellar Trump Team credentials. In 2016 Fredericks was the Trump campaign’s Virginia State Chairman and a delegate to the RNC convention. He is a Trump 2020 Advisory Board member and, again, will be a convention delegate. Oval Office photos with the president are displayed on WJFN’s Facebook page.

Access has opened doors and brought financial success to MAGA Radio Network —owned by John and his wife — who are awaiting FCC approval after recently purchasing some stations, with plans for more “aggressive expansion.”

Is the MAGA Network a nascent media “empire” in the making? I questioned John, “Do you see yourself as the next Rush Limbaugh?” He answered, “No, the first John Fredericks.”

Finally, I asked the “first John Fredericks” what happens to his career if there are not enough “deplorables” to forge a Trump victory in November?

He replied, “We represent a movement of which right now President Trump is the head. It is the ‘American First Movement.’ We aim to get our supply chains back in the U.S. We want to get our jobs back. Get our manufacturing back and get out of these Middle East wars. We want to put Americans and jobs first, increase wages and hold the Chinese Communist Party accountable for what they have wrought on the world.”

Fredericks continued: “Whether Trump exits in 2020 or 2024, another leader will emerge because this is a philosophy, a belief system. It is not about a person.”

John would not predict the name of that next “leader.”

Rest assured, when he does name a name, the Goochland airwaves will be buzzing, and perhaps you will remember the talk-show host’s name, “John Fredericks” America’s self-proclaimed, “Godzilla of Truth.”

But these days, “truth” is relative.

Michael Bloomberg: If Trump won’t lead the world, others must
Next Post
EMTs are going door-to-door with coronavirus test kits in many cities 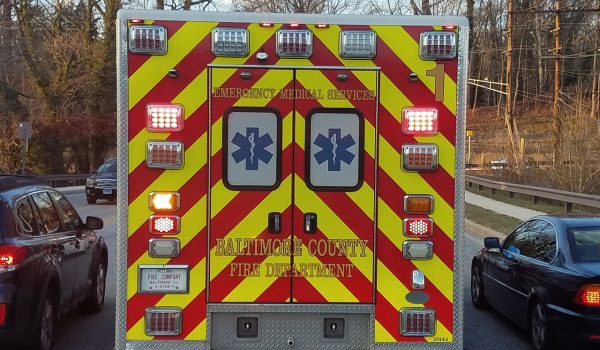