Over the last two days, Michael Flynn’s defense team has released redacted versions of some of the case documents provided by the Justice Department prosecutors in response to a request for “Brady” material.

These are the documents that show how faithless the “investigation” of Flynn was.  The handwritten notes released on Wednesday, for example, are a straight-up discussion of whether the FBI’s purpose in its 24 January 2017 interview of Flynn was to “catch him in a lie” or get him to admit to the specious charge of violating the (probably unconstitutional) Logan Act.

How they planned to get Flynn removed:

1) Get Flynn “to admit to breaking the Logan Act”; or

Their end goal was a referral to the DOJ – not to investigate Flynn's contacts with the Russians. pic.twitter.com/Vty3FYaSt9

Lawyer Jonathan Turley has already made mincemeat of these procedural musings.  His verdict on them: dismiss the case.

Thursday’s release wasn’t any better.  To be honest, however, I didn’t take away from it the same things some others did (or at least not the exact same things).

Much is being made of the point that Peter Strzok told a case agent apparently working the file (probably Joe Pientka) not to close the case on 4 January, as the agent was preparing to do.  There is indeed an extended sequence of text messages on that topic, in which Strzok is seen wanting to make sure the case isn’t closed out.

But this was a case with the highest-level attention, a fact Strzok alludes to in the text message exchanges when he says “7th floor involved.”  Strzok, even in his supervisory role, didn’t have the juice to make the decision about whether to close this case or not.  I’d be confident he was acting on orders from above in directing that the case not be closed out.

That leads to what leaps out at me, which is the timing of the communications.  The text messages in question, and a key email exchange, occur on 4 January 2017.  So at that point, six days after the now-famous phone conversation between Michael Flynn and Sergei Kislyak, the case was ready for closure.  But that afternoon, Strzok suddenly notified the agent (probably Pientka) to keep it open, and added that the highest level of the FBI was involved.  That’s time-honored code for “I’m receiving direction on this. Stand by and don’t take any precipitate action.”

The case was probably being held open because decisions were being made, above the paygrade of everyone in the documented exchanges, about how to run the overall anti-Trump operation going forward.

The people at that decision-making level were the ones who went to the White House the next day, 5 January 2017, to brief Obama on the Intelligence Community Assessment (ICA) that was to be made public a day later, and on the Steele dossier.  The FBI was a little fish in the big pond at that brief.

A briefing team was then sent on 6 January 2017 to lay it out for Trump (in what was apparently a somewhat redacted form.  Trump didn’t get briefed on the whole dossier that day).

Just as importantly, the decision on Flynn’s case was made about a week before the David Ignatius story in the Washington Post.  What was the core of that story?  The (felonious) leak of information about Flynn’s phone conversations with Kislyak.

A week later, a veteran Washington Post reporter was writing up pieces of that information as if they formed a derogatory criminal brief against Flynn.

That is what needs to be probed with an electric cattle prod.  The DOJ, the FBI, and whoever else helped set up that sequence of events have to answer for it.

There are a couple of other points I believe are significant.  One is the case annotation on the Flynn investigation: “CROSSFIRE RAZOR FOREIGN AGENTS REGISTRATION ACT – RUSSIA.”  Hmm.  It’s easy to get that a little muddled in our heads and mix it up with the FARA violation Flynn was actually hounded over by the Mueller team, which was about Turkey.

The Mueller probe of Flynn went a different direction in terms of the FARA violation at issue.  Apparently this was because there was no there there, as regards a FARA violation involving Russia.  The only thing done by Mueller with the “Russia” theme was to hang a manufactured perjury charge on Flynn, based on a supposed discrepancy between what he was recorded saying to Kislyak – which the FBI already knew before they interviewed him – and what he said in the 24 January interview with Strzok and Pientka.

But at no time was there apparently the slightest pretext for determining that Flynn was acting on behalf of the Russian Federation without registering under FARA.  The FBI had concluded that by 4 January 2017.

That raises another significant point, which is the reference in the notes released on Wednesday to getting Flynn to admit violating the Logan Act.  That ain’t violating FARA.  Which was it?  What kind of show are these people running?

The Logan Act reference tells me the extent to which this whole thing was a put-up job, with the signals – at least at that point – being called as audibles.  “Logan Act” is a Sally Yates term, with political-level, DOJ, FBI-7th-floor nosebleed-altitude written all over it.  It’s not what’s on the case file, which at least has the merit of being a legitimate reference to a prosecutable offense, however tenuous might be the justification for it.

The final significant point relates to the interesting reference to the FBI consulting a confidential human source (CHS) in the course of the investigation.  This has to be Stefan Halper, as the CHS description is of a Michael Flynn interaction the CHS supposedly witnessed that sounds like the scurrilous allegation about Flynn and Svetlana Lokhova in Cambridge.  (Ms. Lokhova has been tweeting about it on Thursday, demonstrating that she recognizes it as Halper’s allegation.)

They had NOTHING on @GenFlynn. So they used a LIE from a KNOWN LIAR Halper that I seduced @GenFlynn on behalf of Russian intelligence. Halper was not there but reported that I jumped into cab w/ Flynn and took a train with him to London after a dinner in Cambridge to seduce him! https://t.co/0saPSX38hh

"A confidential informant provided information to the FBI regarding Michael Flynn’s visit to the University of Cambridge when he served as an intelligence official in the Obama administration, according to newly public documents." https://t.co/NOkTXjlMTe

I don’t have any trouble believing Lokhova when she says that no such interaction took place, and Halper couldn’t possibly have seen what he described to the FBI.

But my question is when Halper told the FBI this tale.  The date of the debriefing in which he related it is not visible (may not be given) in the memo.  It’s a meaningful point, because there is no reference I can find to this tale from Halper being told before 2016.  Yet the event it’s about was a dinner that took place in 2014.  When did Halper see fit to tell the FBI about it?

We need to know that.  If I hazarded a guess, I would guess that Halper was speaking from a script handed to him, in 2016 (probably July, maybe June, at the earliest), by whoever was concocting the anti-Trump/anti-Flynn story outline – in 2016.

Moreover, Halper himself probably had little if anything to do with spreading the story to the media as time went by.  That was probably taken care of by the scriptwriter (Fusion GPS?).  Halper’s role was just to feed it to the FBI.  Your Defense dollars were apparently at work on that for you, through the Office of Net Assessment in 2016. 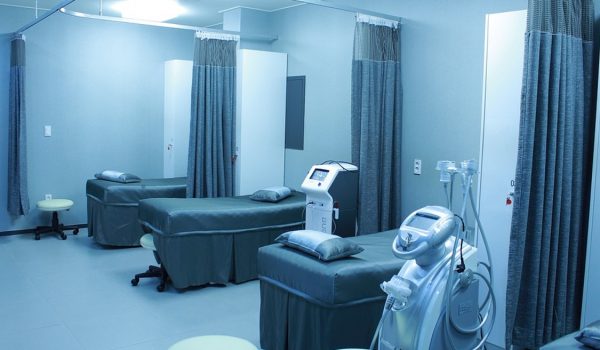