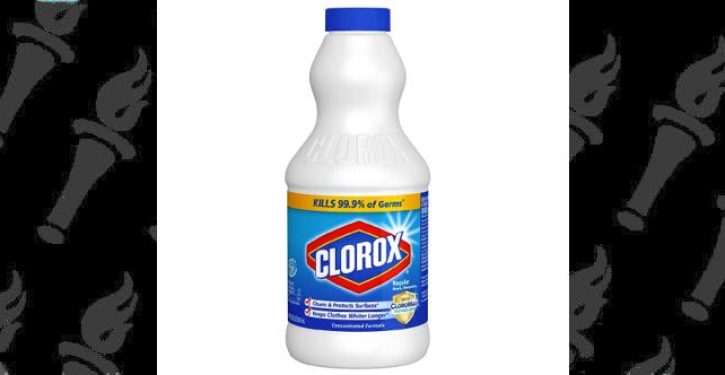 Regardless of where you stand on the issue of what Donald Trump said about the use of disinfectants to combat COVID-19 — whether he was being sarcastic or exploring alternative treatments with his scientific team — New York’s Daily News reports a spike in the ingestion of household cleaners in the Big Apple.

An unusually high number of New Yorkers contacted city health authorities over fears that they had ingested bleach or other household cleaners in the 18 hours that followed President Trump’s bogus claim that injecting such products could cure coronavirus, the Daily News has learned.

The Poison Control Center, a subagency of the city’s Health Department, managed a total of 30 cases of possible exposure to disinfectants between 9 p.m. Thursday and 3 p.m. Friday, a spokesman said.

The Daily News authors have made up their mind about what Trump said, but they fail to tackle the question of who deserves the blame for this act of unparalleled stupidity. Maybe that is because the answer is obvious, and the individual responsible is not the president. It is the vast number of high-visibility figures in government and the media who have perpetrated the fiction that Trump recommended drinking bleach. Some examples:

I can’t believe I have to say this, but please don’t drink bleach.

Please don’t poison yourself because Donald Trump thinks it could be a good idea.

“Comedian” Stephen Colbert said this on Thursday’s Late Show: “I can’t believe I’m saying this, but don’t drink bleach. A) it’s bad for you, and B) it ruins the taste of the Tide Pods.”

Others were slightly more circumspect but still twisted the president’s words into a recommendation, which it was clearly not.

.@SpeakerPelosi: "The president is asking people to inject Lysol into their lungs and Mitch was saying that states should go bankrupt. It's a clear, visible within 24 hours of how the Republicans reject science and reject governance." pic.twitter.com/GmvcCr50nt

Plenty of average Joes also had fun with the advice Trump never gave:

This. The link is to my post of two relevant cartoons which may give you a smile. The reference is to the report I've just seen about Trump *actually* 'thinking' out loud about drinking bleach as a cure! @maddow @StephenAtHome @jimmykimmel @Lawrence @11thHour @BetteMidler https://t.co/9qyPp3Dj3F

In its effort to tear the president down, the Left will stop at nothing. That includes putting words in his mouth, even when the implications are potentially deadly. Luckily none of the New Yorkers who ingested household cleaners died or even required hospitalization, the Daily News reports. But if someone had died, TDS sufferers would have been the ones with blood of their hands. (RELATED: New leftist meme: ‘Donald Trump has blood on his hands’) 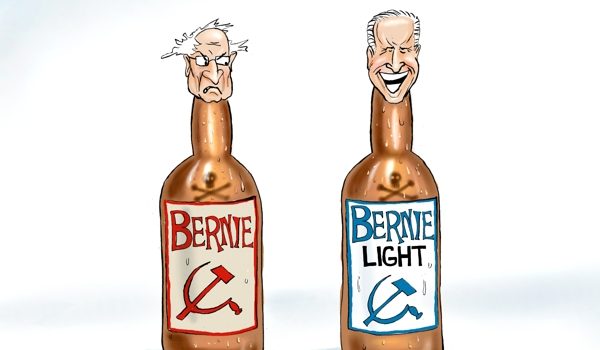