Crude oil fell to a record low price today — less than $1 per barrel. Indeed, for a brief time, the price fell to negative $37 a barrel!

A basic rule of investing is to buy low and sell high. The U.S. has the chance to do that now. Years ago, the government sold off much of the oil in its Strategic Petroleum Reserve for $85 a barrel. But today, April 20, oil fell below $1 per barrel, the lowest it has ever been in real terms. If the government buys crude oil today at $1 and sells it for $40 in the future, it will make a tidy profit of nearly $40 per barrel. Back in February, oil went for more than $40 per barrel, and $40 to $50 was regarded as a relatively low price.

So the U.S. should be refilling its Strategic Petroleum Reserve. Doing so would also help hard-hit oil producing states like Texas, Alaska, Oklahoma, New Mexico, and Louisiana. It would provide an additional place to store their oil — oil storage is running out as coronavirus reduces demand for oil — and increase a bit the price they receive for their oil.

President Trump wants to do this, and proposed buying up $3 billion worth of oil in the coronavirus relief legislation. That would result in a profit for taxpayers of billions of dollars if the oil were purchased today, and prices went back up to $40 per barrel. (Taxpayers could make over $100 billion in profit if the federal government’s oil storage capacity were expanded to enable it to store more oil and sell it later at a higher price like $40. Currently, the government’s facilities can only store an additional 77 million barrels, and can only take delivery of 225,000 barrels a day. But expanding their storage and delivery capacity would require new spending authorized by Congress.)

The profit from selling such oil in the future could be used to reduce America’s national debt or provide additional relief for people harmed by COVID-19.

But Democrats, especially Senate Democratic leader Charles Schumer, wouldn’t permit it. They forced Trump to remove an oil-purchase authorization from the coronavirus relief bill, and boasted about it. Their obstruction will likely cost America billions of dollars in lost profits.

Trump can’t spend money without Congressional authorization. To refill the strategic petroleum reserve, Trump would have to get both houses of Congress to pass a bill to authorize spending money to buy up the oil. The Democrats currently oppose any such bill, and they control the House of Representatives. They also have enough votes in the Senate to filibuster such legislation.

When Trump proposed buying up oil in late March, the idea was vetoed by Schumer, who called it a “bailout for Big Oil.” No, it’s not a bailout. It’s selling high and buying low — a basic principle of investment.

Earlier versions of the relief bill proposed by Republicans contained the funding, an amount requested by the Energy Department, which was intended to help the oil industry, which has been reeling from low prices. …

Administration officials say restocking the SPR won’t halt the price crash rocking the shale industry, but they say it makes sense on energy security grounds and would benefit taxpayers. Congress has been selling off oil from the reserve in recent years to fund unrelated priorities, but a sustained period of low prices represents a good opportunity to fill the SPR back up, the administration says.

It’s also prudent to have reserve supplies of oil in the event of a crisis, to buffer against excessive prices that could harm industries and consumers that rely on reasonably-priced oil. Imagine that after the coronavirus crisis passes, Iran ends up shutting the Persian gulf in a war, and the price of oil goes to $100 per barrel. In that event, the lost opportunity from our failure to buy up oil now could be absolutely enormous.

Oil companies are already paying a staggering tax bill. In 2006, for instance, big‐​bad ExxonMobil faced an effective tax rate of 44 percent on a profit margin of around 11 percent, a figure that actually understates things because corporate revenues sooner or later find their way to oil company employees, contractors, shareholders, and those who do business with the same, and that revenue is taxed again via the personal income tax.

Many people erroneously believe big oil companies get big “tax breaks” because they get to deduct the cost of their oil production (including reserve depletion) when they sell their oil.

But that is not special treatment, but simple fairness. When you sell something that you paid large sums of money to find and then build the extraction apparatus for, and you didn’t get to deduct that full cost in the year you incurred the cost, it’s normal and fair to deduct a proportionate share of that cost each year (proportional to the amount sold). That’s Accounting 101.

Once you’ve sold all the oil, it’s gone forever.  If you spent $5 billion to produce oil and sell it for $7 billion, your profit is $2 billion, not $7 billion. You shouldn’t be taxed on the $5 billion of your own money that you eventually got back after years of oil sales. But people who’ve never run a business, taken an accounting class, or generated a profit-and-loss statement find this oddly hard to understand.

Other commercial interests are treated far better than the oil industry, or even its favored stepsister, commercial real state. At the state and local level, sports teams receive massive preferential treatment.

The left-leaning film-making industry often gets lucrative subsidies and tax credits from state governments. The Baton Rouge Advocate reported that Louisiana taxpayers “lose roughly two-thirds of the money” the state invests in film-makers. “For every dollar spent on the tax credit programs for the entertainment industry in Louisiana — mainly the film tax credit — state and local governments get about 36 cents back in tax revenue.” 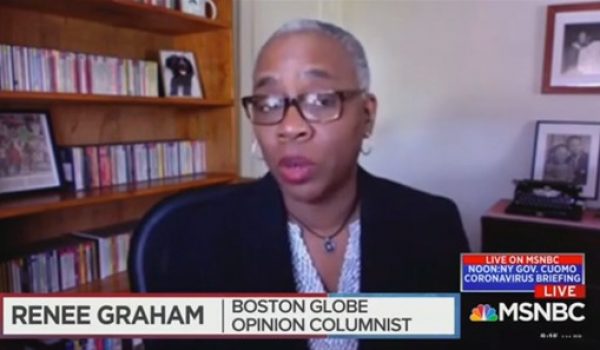