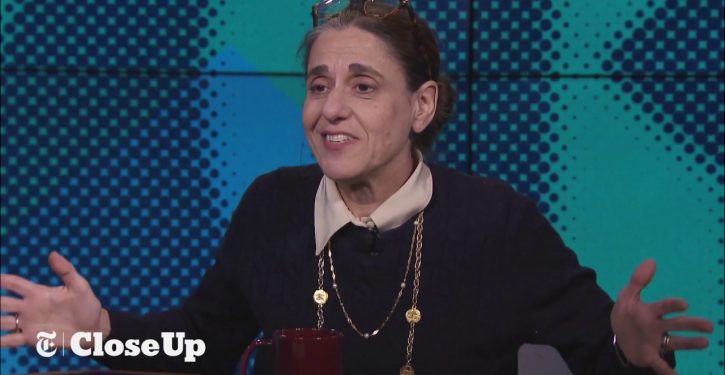 There is virtually nothing that the Left and Right agree on in these fractious times, so it should come as no surprise that the two sides can’t agree on the origins of the coronavirus. Even though the Democrats fancy themselves to be the party of science, they appear willing to ignore the growing trail of evidence that leads back to a particular virology lab in Wuhan, China. In fact, Sen. Chris Murphy (D-Conn.) recently asserted that China is blameless for the pandemic.

So if it’s not China, who does the Left blame? Their most popular scapegoat is Donald Trump. They don’t say that Trump or the administration created the virus, though I wouldn’t be shocked to learn that some liberals accept the word of a Chinese official who claimed in March that U.S. officials brought the virus to Wuhan.

Nevertheless, Nancy Pelosi and others insist, Trump was slow to respond and his response has been inadequate. (Pelosi conveniently overlooks her own video-recorded PR tour of San Francisco’s Chinatown in February that concluded with an invitation to join the fun,)

But Trump is not the only conservative liberals target for the deaths arising from COVID-19. Ginia Bellafante, who writes for the New York Times, blames Fox News, specifically Sean Hannity.

On Sunday, she wrote an emotional op-ed chronicling the life and death to COVID-19 of a beloved figure in her community named Joe Joyce. From the article:

On March 1, Joe Joyce and his wife, Jane, set sail for Spain on a cruise, flying first to Florida. His adult children — Kevin, Eddie and Kristen Mider — suggested that the impending doom of the coronavirus made this a bad idea. Joe Joyce was 74, a nonsmoker, healthy; four years after he opened his bar he stopped drinking completely. He didn’t see the problem.

“He watched Fox, and believed it was under control,’’ Kristen told me.

Early in March Sean Hannity went on air proclaiming that he didn’t like the way that the American people were getting scared “unnecessarily.’’ He saw it all, he said, “as like, let’s bludgeon Trump with this new hoax.”

Eventually, Fox changed course and took the virus more seriously, but the Joyces were long gone by then. A spokeswoman for Fox News said that Mr. Hannity made statements taking the spread of coronavirus seriously early on, and that his comment about the public being scared by the coverage happened after the Joyces had left on their cruise.

On March 14, they returned to New York from Barcelona, and the next day, before bars and restaurants were forced to close in the city, Joe Joyce went to work at JJ Bubbles for the last time.

A month later, Bellafante dolefully acknowledges, Joe Joyce was dead — another of the 10,000-plus New Yorkers to succumb to the infection.

I agree that the story is sad. But what people believed in early March based on the best available information at the time was radically different from what they believe now. As evidence, consider a tweet posted at the end of February:

I fundamentally don’t understand the panic: incidence of the disease is declining in China. Virus is not deadly in vast majority of cases. Production and so on will slow down and will obviously rebound.

Who was the author of that tweet? If you guessed it was Ginia Bellafante, give yourself a gold star.

I fundamentally don't understand the panic: incidence of the disease is declining in China. Virus is not deadly in vast majority of cases. Production and so on will slow down and will obviously rebound. cc: @opinion_joe