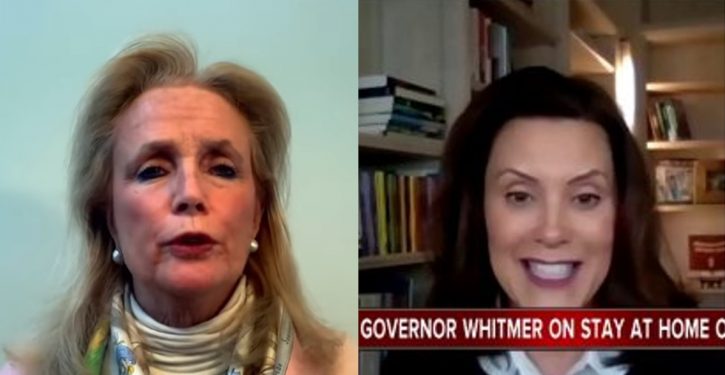 To generate two of the problems, the Bernie supporter who actually displayed a swastika banner didn’t have to be present at the Operation Gridlock protest in Lansing, Michigan on April 15, 2020.  And he wasn’t, as far as we know.  But it was possible for social media to make it look as if he was.

There, in a nutshell, are the first two problems.  The explanation follows.

“Operation Gridlock” is the organizing name for demonstrations being mounted across the country to protest the economic shutdowns intended to deter the spread of the COVID-19 coronavirus.  The first protest occurred in Lansing on April 15 and succeeded in bringing a mass of vehicular traffic clogging the roads around the state capitol building, and a large demonstration on foot on the capitol grounds.

These are true Americans! Rain , sleet or snow rising up for our rights! This is the beginning! Time to open our country! This IS America! ??⭐️?? pic.twitter.com/TSgBFZRZx6

I have never been to #Michigan, but I am proud of its people today. The government only does what the people tolerate. Biden took note too. ⁦@GovWhitmer⁩ ⁦@freep⁩ ⁦@LSJNews⁩ #Draconian ⁦@JoeBiden⁩ https://t.co/WqNfmhs3IE

Protests have been reported in a number of cities around the country in the ensuing days.

During the Lansing protest, a photo was posted on social media purporting to show a demonstrator holding up a banner displaying the names “Trump” and “Pence,” with a swastika in between them.

Michigan Congresswoman Debbie Dingell, a Democrat, appeared on MSNBC shortly thereafter to call the Michigan protests “inexcusable” and decry the appearance of the swastika.

“What happened yesterday was inexcusable,” Dingell (D-Mich.) told MSNBC. “People did not have masks. They didn’t have gloves. They did not distance themselves. They had Confederate flags, swastikas. They blocked an ambulance trying to get to a hospital.”

The references to blocking an ambulance (if valid) and not wearing masks or gloves are fair enough, as criticisms.  And there are video clips from multiple sources showing at least one Confederate flag.

This #OperationGridlock is looking similar to a Trump rally. There are a lot of MAGA/KAGA attire and flags. pic.twitter.com/zksQJBoWfw

But the swastika banner depicted as being in Lansing wasn’t there that day.  Snopes caught onto that, and points out that the image was originally posted from a Bernie Sanders rally in Boise, Idaho, six weeks earlier.

The Twitter user who first posted it described it as being held up by a Trump supporter who was there for a counter-rally against the Bernie rally.

Today I witnessed a bunch of trump supporters crashing a peaceful rally I was attending with my family. They were profane, disrespectful & crowded behind a nazi flag. Not one trumpster confronted him on his racism. They all stood behind him of course, showing their true selves pic.twitter.com/BrFSvDiF82

But even that wasn’t the accurate story.  Andy Ngo posted a video on Saturday showing clips from the Boise, Idaho rally, which occurred on February 29.  At the rally, a Bernie supporter crossed from the Bernie rally over to the counter-rally for Trump and Pence, and he was the individual who held up the swastika in the now-viral image.

The third problem is with Governor Gretchen Whitmer’s complaint about swastikas being waved at the rally.  There was at least one.

But as is blindingly obvious from the sign’s message, the protester wasn’t showing support for Nazis. She was comparing Whitmer to Nazis.  (And misspelling Whitmer’s name, to boot.)

It can certainly be argued that it’s out of bounds to compare Whitmer to a Nazi because of Whitmer’s shutdown policies.  But it’s equally out of bounds to imply that the demand of protesters to be relieved of the shutdown restrictions is a scary thing like being a Nazi.  It’s also inexcusably disingenuous, to insist that a protest sign lambasting a governor as a Hitler-like Nazi is an expression of support for Nazis.

To summarize: there is no evidence of anyone showing support for Nazis at the Lansing Operation Gridlock demonstration on April 15.  A protester held up a sign calling Governor Whitmer a Nazi – evidently expressing opposition to Whitmer, not support for Nazis; and social media users posted an image of a Bernie Sanders supporter holding up a swastika banner in Boise, Idaho on February 29.

The Obamas’ path to 8 more years in the White House
Next Post
Muslim man charged with hate crime after trying to burn down Ill. church 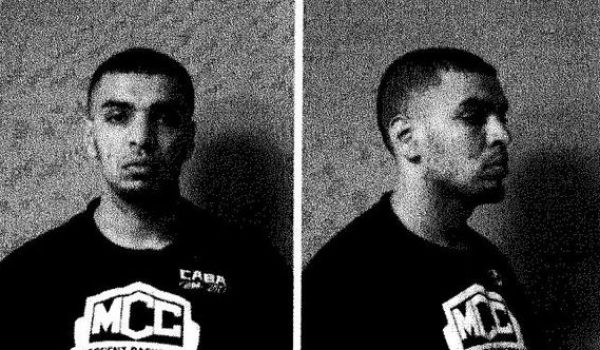