“Fairy tales!” That is how MSNBC’s Rachel Maddow characterized the president’s daily coronavirus briefings. CNN dismissed the briefings as nonsense and has cut away from or refused run them at all. Former Democratic presidential hopeful Howard Dean said he won’t appear on MSNBC unless it stops airing the briefings. (RELATED: Poll: Majority of Americans now say they approve of Trump’s handling of coronavirus)

And then there’s MSNBC’s Stephanie Ruhle.  On Wednesday, Ruhle interviewed former Obama campaign manager Jim Messina, who referred to the briefings as “daily clown-show press conferences.” (Having served under a man who held the second fewest press conferences of any two-term president in history, Messina has little room to talk, though that’s a subject for another post.)

The dig at the president inspired Ruhle to hit upon a nifty solution for getting Joe Biden back in the public eye. The former vice president, she said, should hold his own coronavirus press briefings!

But Ruhle’s vision was far more grandiose than that:

Should Joe Biden be … creating his own shadow government, shadow cabinet, shadow SWAT team — and getting up there at a podium every night, saying, ‘Here’s the crisis we’re in, here’s what we need to do to address this’?

Never mind that the aspect of the briefings the media have complained about most is Donald Trump’s lack of expertise. Why does he show up at all, they ask, when his task force includes bonafide experts in public health? It would be nice to hear Ruhle explain how having a doddering 77-year-old man mimicking Trump would be an improvement.

But there’s something else Ruhle is forgetting. Namely that Biden already tried giving his own “shadow briefings” on the coronavirus pandemic back in March. Needless to say, he delivered his message with the same dementia-induced thud that has marked his other attempts to appear relevant. In fact here’s an example from just yesterday of  “President Biden” unveiling his latest brainstorm (yes, mainstream does sound like Main Street):

Two days after President Trump announced the “Opening our Country” council, Joe Biden says we need a council to open our countryhttps://t.co/HIduDhjohZ pic.twitter.com/4I8hsjRhy7 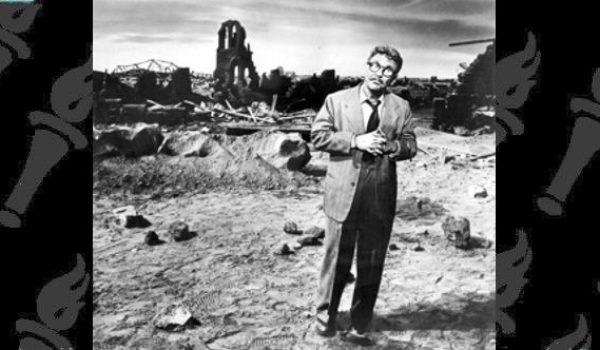