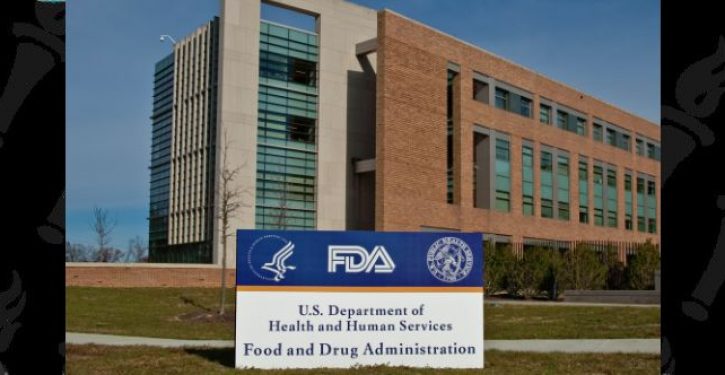 Federal bureaucrats slowed the fight against COVID-19. For weeks, the Centers for Disease Control and Prevention required that people use only the coronavirus test designed by the CDC itself, not alternative tests, such as those approved by European regulators. The CDC’s own test turned out to be badly flawed. The CDC’s demand for control over testing greatly slowed down detection of the disease. Meanwhile, the CDC and FDA were preventing infectious disease expert Helen Chu from testing samples from many people with symptoms. The FDA refused to approve Chu’s test on the grounds that her lab “was not certified as a clinical laboratory under regulations established by the Centers for Medicare & Medicaid Services, a process that could take months.”

These were decisions made by career federal employees, acting with their customary slowness and mental rigidity. Career FDA employees commonly take years to approve life-saving drugs. That results in the deaths of hundreds of thousands of people who could have been saved by earlier approval of those drugs. For example, at least a hundred thousand people died waiting for the FDA to approve beta blockers. One of the FDA officials involved in delaying their approval was John Nestor. Nestor was notorious for following rules in ways designed to frustrate and inconvenience other people. As the Journal of American Physicians and Surgeons notes:

Nestor had the unique habit of getting into the leftmost lane [on the highway] with his cruise control set at 55 mph, the posted speed limit. He would drive at this speed regardless of what came up behind him. Cars would zoom up close to his rear bumper; drivers would flash their lights and blast their horns,some swerving around him on the right while giving him the finger—none of this fazed Nestor in the least. As he explained it, 55 mph was the law, and he had a right to drive in whichever lane he chose: “Why should I inconvenience myself for someone who wants to speed?”

Nestor followed this rigid mindset in his work at the FDA. He was very good at using agency rules, and minor risks or side effects of drugs, as an excuse to avoid approving life-saving drugs.

The CDC similarly impeded the fight against coronavirus. On February 27, it advised people not to wear masks. That contradicted scientific research showing that even simple cloth masks can reduce the transmission of the virus. I publicly cited that research last month, in urging people to wear masks, and this month, the CDC finally changed its position to encourage people to cover their faces when they go outside.

FDA regulations have thwarted the manufacturing of life-saving masks and respirators. The Cato Institute’s Paul Matzko explains why it has “been so hard to ramp up production of surgical masks and respirators,” and why firms haven’t “flooded into the market” to produce them despite increased prices and demand for these badly needed items. It’s because “they are regulated medical devices.” That requires “FDA approval, which can take months to obtain.” And for a manufacturer to get that approval, it must do all the things required by the FDA regulation –“and get FDA sign off” — before its “new surgical mask gets anywhere near shelves”:

Let’s say that you’re a garment manufacturer in NYC, but, of course, retail sales are down. … Why not make surgical masks, keeping your doors open, employees employed, and saving lives? It’s a win-win-win! But how long do you think it would take you to jump through these hurdles, and do you think someone without an army of regulatory compliance officers would be reasonably able to do so at all?

It would take months, if they could do it at all. Here are a few of the things a manufacturer must do before seeking FDA approval, notes Matzko in a Twitter thread:

Do a compositional side-by-side analysis of your mask versus all other masks currently sold. Hire a few materials scientists.

Measure “tensile strength” & “impact resistance.” Hire the Mythbusters and have them whack it with a hammer.

Perform detailed “risk analysis,” for fluid/bacteria resistance and “flammability.” Better open a branch office for all those extra materials scientists and medical researchers. This is multiple major studies. …

But wait, don’t forget that masks touch skin! What if it gives you a rash!!! Fill out the “standard ISO-10993,” for “Biological Evaluation of Medical Devices Part 1: Evaluation and Testing”…

I could go on and on. There is no world in which any company not already deeply invested in manufacturing surgical masks could jump through these hurdles in time to mitigate the desperate shortage of PPE for medical professionals on the COVID-19 front lines. None.

Headlines and news stories show the FDA continues to impede the production of masks needed by doctors, and ventilators and drugs needed by coronavirus patients, although the FDA’s behavior is improving somewhat under political pressure:

To save lives, we need to cut back on regulations and red tape that make it harder to fight the virus.

Democrats introduce bill that would give coronavirus relief money to illegal aliens
Next Post
NYC: Storefront burglaries up sharply under coronavirus measures