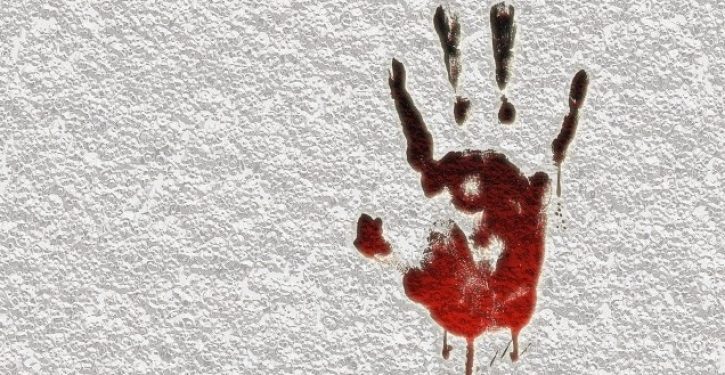 It’s right there, big as life, in the subhead of a Boston Globe editorial: “Much of the suffering and death coming was preventable. The president has blood on his hands.”

Not content to say it just once, the editorial board repeats itself in the body of its j’accuse:

The months the administration wasted with prevarication about the threat and its subsequent missteps will amount to exponentially more COVID-19 cases than were necessary. In other words, the president has blood on his hands.

Some may think that accusing a president of having blood on his hands is beyond the pale. Liberals certainly did when critics of Barack Obama accused him of having blood on his hands after he failed to act during a terrorist raid on an American diplomatic compound in Benghazi in 2012. When the smoke cleared, four members of the U.S. diplomatic corps lay dead, and the White House’s only response was to attempt to cover up its inaction with shameful lies. The media played along back then, but that was only because they loved Obama as much as they now loathe Trump.

Could the president have done more sooner in the current crisis? Perhaps. But to accuse him of wasting months, especially in an editorial that acknowledges that the “first confirmed coronavirus case was announced in the United States” in late January, is over-the-top. On the 27th of that same month, Trump convened his coronavirus task force headed by Secretary of Health and Human Services Alex Azar. The administration has been at the vanguard of the fight to quell the virus and reduce the number of deaths from it ever since.

The editorial dolefully notes that “the United States is now the hub of a global pandemic.” If the U.S. has more cases than, say Italy or Spain, it’s because we have more people than those countries. It’s also worth noting the U.S. has one of the lowest death rates of any country in the world.

The “blood on the hands” meme is so wrong-headed that even Joe Biden, when asked by CNN’s Chuck Todd whether he thought the president had blood on his hands, found the characterization “too harsh.” Watch:

Chuck Todd: "Do you think there is blood on the President's hands?"

Joe Biden: "I think that's a little too harsh."

When Chuck Todd's attacks on @realDonaldTrump are too much for even Biden, you got a problem. pic.twitter.com/nzm82f8Ghf

Joe Scarborough says everyone but Trump ‘saw this coming in early January’ — well, not quite everybody
Next Post
Approval ratings amid crises: Comparing Trump, Obama, Bush