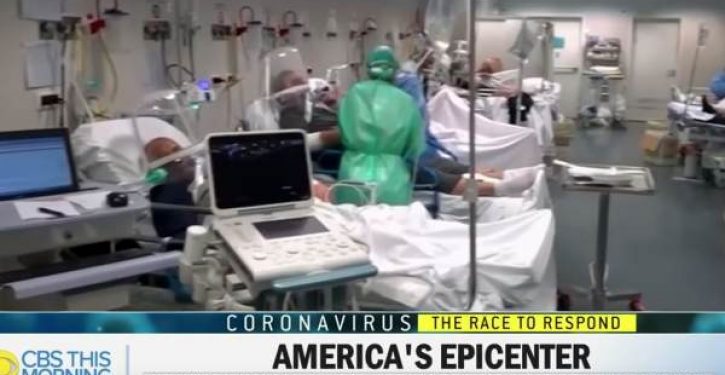 This bit of deliberate fakery is right up there with ABC’s use of footage from a Kentucky gun range to depict bombings in Syria.

There is no question that that the crisis in New York City is of epic proportions right now, as the following CBS News report suggests.

But how desperate is it? A better question might be: How determined is the network to blame the federal government for not doing enough to mitigate the pandemic? By way of answering, consider one of the more troubling scenes from the video, beginning at 1:22.  It shows a badly overtaxed emergency room, presumably at one of the city’s hospitals.

Now compare the following video of the same ER with the screen cap from the CBS report appearing at the top of the page. Can you make out what any of the doctors or nurses are saying in the video? Probably not, unless you speak Italian. That is because the video was shot at a health care facility in disease-ravaged Italy.

CBS doesn’t bother to mention that but allows the viewer to make the assumption that it’s New York. Is this ultimately just another Orange Man Bad story? 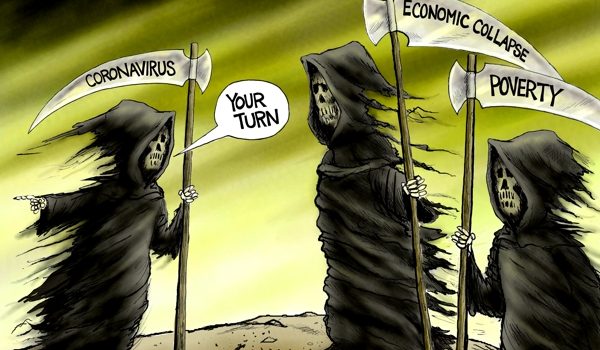 Cartoon of the Day: Three horsemen of the pandemic
Next Post
FDA issues emergency authorization of anti-malaria drugs as doctors herald results for coronavirus patients