Actor-director Rob Reiner baselessly claimed that President Trump is responsible for lives being lost in the state of New York. “There’s no other way to put this: Donald Trump is causing people in NY to DIE,” Reiner, whose best-known role is that of a character nicknamed “Meathead,” tweeted.

There’s no other way to put this: Donald Trump is causing people in NY to DIE.

It’s unclear what, other than hatred of the president, motivated Reiner to make the accusation.

The Hollywood denizen has always been one of Trump’s most vocal critics, but the president’s handling of the coronavirus crisis has launched Reiner’s loathing into overdrive.

Responding to Trump’s noting the difficulties in balancing the economic tragedy befalling the country and the virus itself, Reiner accused him of being selfish. “It’s no surprise that this President only cares about himself. But goddamn, people are dying,” he wrote. “If you can’t be human, get the **** out of the way and let people who are take over.”

Reiner, who was born in New York City, has offered no blame for Gov. Andrew Cuomo. Nor has anybody in the media.

In fact, the opposite has happened: Cuomo is being hailed as a conquering hero for saving New York.

Think about that for a minute. Imagine if Trump were actually the governor of the Empire State right now. A state which has been the epicenter of the coronavirus pandemic, accounting for over 30,000 cases and nearly 300 deaths.

Do you think for a minute that Trump would be heralded as a voice of leadership and an example of preparedness? Of course not, he’d still be blamed for people dying.

“President Trump did deliver yesterday. I put forth a series of requests in the morning…and he responded to those requests."

“That’s government working quickly and I thank him for it.” pic.twitter.com/vgkeeAhpxX

Speaking of Cuomo, the New York Democrat seems to disagree with Reiner, having almost on a daily basis praised the president for the actions he’s taken to help combat the virus. “His team is on it. They’ve been responsive,” Cuomo said at a press conference last week. “I want to say thank you.”

Very different tone from Cuomo today. He says Trump and his team are using the Defense Production Act "well" as a leverage tool to ramp up medical supply production.

Meanwhile, Trump’s approval rating on handling the coronavirus crisis has been skyrocketing.

It’s difficult to imagine the American people would be so approving if they really thought, like Reiner, that President Trump was responsible for lives lost. 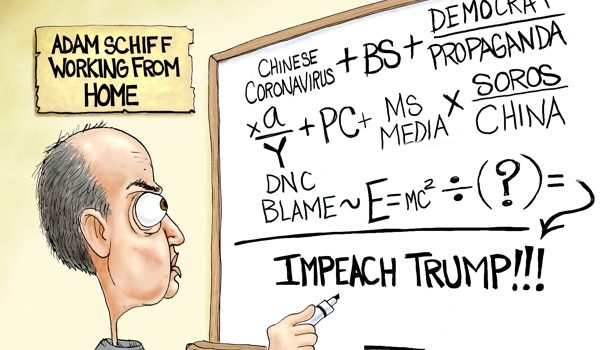 Cartoon of the Day: Cabin fever
Next Post
Travelin’ man: The Big Story, and another strange place Spygate master John Brennan was, at a weird time 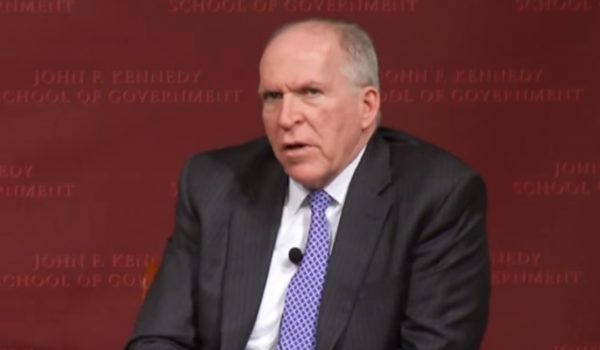