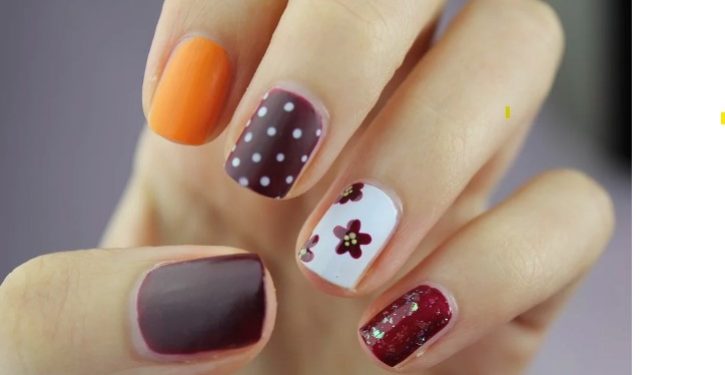 Coronavirus question: How many Broward County, Fla., police officers does it take to shut down a neighborhood nail salon?

Answer: Three. Two to enter and announce, “The governor is shutting down all non-essential businesses” and one outside to provide backup.

To their credit, the policemen were kind enough to say to the owners, “You can finish what you are doing.”

Since “what you are doing” was applying bubble-gum-pink lacquer to my nails, I had the honor of being the salon’s last customer on Sunday afternoon.

Now that you know that chapter of the story, let’s explore the wide and deep repercussions of what I call “the great unraveling.”

Close to the beach and across the street from where we live in South Florida is a small strip shopping center that fulfills our mundane, daily needs. In addition to a grocery, pharmacy, restaurant, and coffee/donut chain, there are a variety of mom-and-pop stores that provide services such as keeping my paws and claws from becoming unwieldy. Like so many nail salons across America, the owners are a Vietnamese couple who employ about 12 of their fellow countrymen and women.

The co-owner spouse, at age 10, was a refugee during the Vietnamese “boat people” crisis in 1980. Her family, seeking freedom from the brutal communist regime, escaped and survived a harrowing three-night journey from Da Nang to Hong Kong before eventually emigrating to Washington state. She will never forget how cold, wet, hungry, and seasick she was during the entire ordeal.

Decades later, she and her husband made their way to South Florida, and for the last 10 years have operated at their current location.

Up until last Sunday. In accordance with the initial orders of Broward County officials attempting to slow the spread of the virus,  the mask-wearing owners were trying to keep the salon open by allowing a maximum of 10 people inside at any one time, including employees. When I was there on Sunday, the couple was worried about staying in business.

I suggested that they call their landlord to ask for reduced rent during the crisis. The husband complained, “That company is so big, with hundreds of shopping centers, they don’t care about us.” But after I pointed out the shopping center’s current high vacancy rate, he said he would call.

During our discussion, his wife made light of the government potentially giving a $1,500 payment and tax breaks, saying, “How is that going to help us survive if we don’t have customers?”

And then, as if on cue, the police entered with Gov. DeSantis’ shutdown order.

Multiply this one nail salon and its employees by millions of family-owned businesses in every sector. After decades of hard work, countless American dreams could be destroyed — many home-grown or inherited, while some began in a small open boat escaping communism. No matter their story, how will millions of small-business owners and more millions of their employees pay their bills? Government payouts and loans will not be enough to stop the hemorrhaging. Will corporate landlords cut them breaks or even delay rent payments during the mandatory shutdown?

The fate of my nail salon is a microcosm for how the “great unraveling” could lead to a “greater depression.” Here is how:

Pre-virus, the U.S. economy was “perceived” as strong, but how strong? According to a Brookings Institution report, “53 million people in the U.S. — 44% of the country’s workers — earn low wages. Their median hourly earnings are $10.22, and for those who work full time year-round, median annual earnings are about $24,000.”

Maybe some of my favorite nail salon employees fall into that group. There is no doubt that the current massive workplace shutdown will create poverty and despair the likes of which our nation has never experienced.

Am I too cynical and overreacting after experiencing the nail salon closure and feeling the owners’ pain?

Linked Monday on the Drudge Report was a sobering quote. Federal Reserve Bank of St. Louis President James Bullard predicted that “the U.S. unemployment rate may hit 30% in the second quarter because of shutdowns to combat the coronavirus, with an unprecedented 50% drop in gross domestic product.”

Bullard’s statement triggers me to invoke the Great “D” word, especially if unemployment does reach 30% and half the economy dissipates. Now, consider these comparable, historic unemployment rate facts:

Therefore, if Bullard’s prediction proves correct, 30% unemployment would be three times the rate during the Great Recession and five percentage points higher than the peak of the Great Depression. Wrap your head around that.

We know that President Trump is obsessed with the economy as a scorecard for his presidency. Thus, one can imagine that nothing makes him cringe more than the name Herbert Hoover — the Republican president in office when the 1929 stock market crash sparked the Great Depression.

That explains Monday’s Washington Post headline: “Trump weighs restarting economy despite warnings from U.S. public health officials.” The Post reported, “America will again — and soon — be open for business,” he said. “Very soon, a lot sooner than three or four months that somebody was suggesting. A lot sooner. We cannot let the cure be worse than the problem itself.”

Will trying to stop the “great unraveling” prevent a “greater” depression? Stay tuned for what could be hailed as Trump’s boldest, most monumental balancing-act-of-a-decision. A desperate leadership gamble where national economic health “trumps” public health. And, if successful, it would redefine his presidency and boost his reelection prospects.

Of course, critics will call the decision “bad medicine” and “irresponsible” — especially since the virus is likely to continue spreading, with reports of overwhelmed hospitals and equipment shortages.

Furthermore, and optimistically speaking, consider if, because of Trump’s gamble, the unemployment rate sharply rises but falls back to single digits by summer or early fall. And consider that GDP dramatically shrinks — but at a rate significantly less than the 50% predicted by James Bullard. In those cases, then Trump will spin a victory, comparing himself to Franklin D. Roosevelt. “He saved the economy” and “He won the war” could be the new 2020 version of “Make American Great Again.”

My barometer of virus recovery — a one small shop as economic-health focus group — will be when the nail salon reopens, rehires the 12 loyal employees, and can afford rent again. In the meantime, while closed, I expect my nails to chip, crack, and split — symbolic of a suffering nation.

The views and opinions expressed in this commentary are those of the author and do not reflect those of Liberty Unyielding. 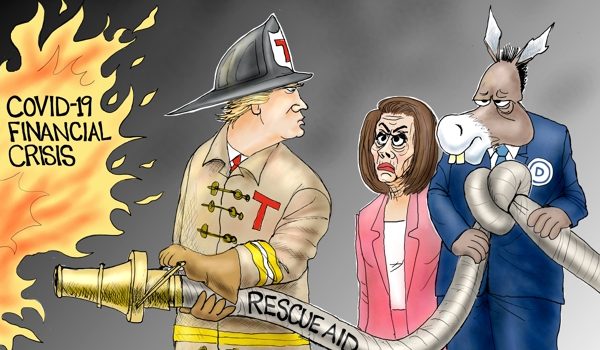 This is not how America should be responding
Next Post
The risks to Biden in this new, frozen stage of the race