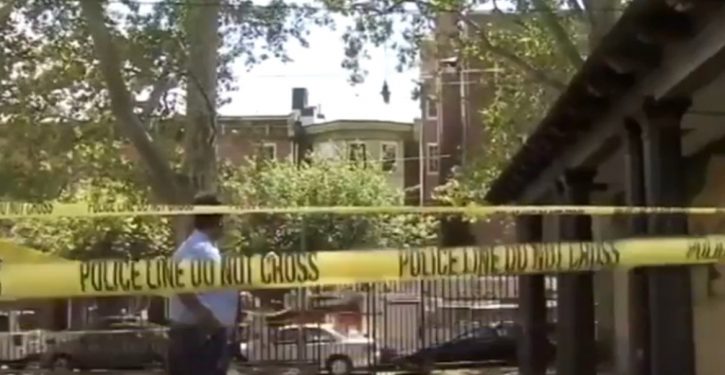 In the last 48 hours, word has come out that Los Angeles County (population 10 million) and the city of Philadelphia are ordering sheriff’s deputies and police to scale back or suspend arrests for felony crimes.  In Philadelphia, the crimes include “narcotics offenses, thefts, burglary, vandalism, prostitution, stolen cars,” and others such as bad checks and fraud.

LA Co jail released 600+ inmates to prevent them from getting #COVIDー19! They reduced arrests 300 p/day to 60. Mandate is cite&release bc it’s safer for THEM! What about the public? & if none are infected why are some inmates in quarantine? #coronavirus https://t.co/WhAMwKPr0f

L.A. County, which has reduced arrests from 300 per day to 60 per day, has also been releasing hundreds of inmates from the jails onto the streets.  Ohio’s Cuyahoga County (Cleveland) is reportedly doing the same, as is Cook County (Chicago) in Illinois.

The concern in all these locations is that the coronavirus could appear in the inmate population, with an infection rate that would quickly explode.

L.A. County and Philadelphia, where arrests are being curtailed, will be issuing arrest warrants for execution at a later time.  Local citizens are unlikely to reassured by that, since burglars, vandals, and car thieves will be roaming the streets for indeterminate periods of time free to commit additional crimes.

New York City, meanwhile, is also considering the release of inmates as a precaution against the coronavirus – starting with Rikers Island.  It seems unlikely that any city run by Bill de Blasio will neglect to consider reducing arrests as well.

At the same time, major cities are imposing shelter-in-place lockdowns and mandates for businesses to close to customer traffic.  New York has issued an edict that requires bars and restaurants to close to dine-in customers, with the threat of a disorderly conduct summons to incentivize reluctant proprietors.  (Take out and delivery are to be permitted.)

The cities of Los Angeles and San Francisco have ordered even farther-reaching business closures, including gyms in L.A.  San Francisco’s expansive edict encompasses all “non-essential’ businesses, with the proviso that cannabis sellers will be allowed to remain open for “medical” sales.

San Francisco is imposing shelter-in-place orders for city residents as well, with the requirement to limit trips outside the home to “essential” errands (which would include things like food and drug shopping, hospital visits, and patronizing the cannabis mart).  In San Francisco, failure to comply will be a misdemeanor.

In fact, in the Bay Area, it’s not just San Francisco.  Seven adjacent counties with a total population of over six million are imposing shelter-in-place restrictions.

Pennsylvania has a statewide shutdown order out for “non-essential” businesses, but at the moment, business owners are not being threatened with criminal penalties.  The state issued a statement on Tuesday morning with this “clarification”:

The administration said in a news release on March 17 that it “is relying on businesses to act now before the governor or the Secretary of Health finds it necessary to compel closures under the law for the interest of public health.”

The point here is not that business closures and shelter-in-place restrictions are excessive.  It’s that, as Daniel Horowitz pointed out on Twitter on Tuesday, it is incongruous to impose such restrictions on the law-abiding, in some cases with criminal penalties attached, while at the same time releasing felony inmates from the jails and declining to arrest actual, destructive criminals – often gang members, and people who in any case are as likely as anyone else to contract and transmit the coronavirus while they are on the streets.

I'll have a piece out on this tomorrow. How are we supposed to take our government serious when we see such an asymmetrical outcome? Do you know how many violent gang bangers commit these crimes that are now green-lighted under #coronavirus #Jailbreak? https://t.co/c9cFN0jzTA

In fact, the criminal population on the streets is much less likely to abide by shelter-in-place directives or to self-isolate, and it is far less trackable in that regard than law-abiding citizens.

So, for that matter, is the very large homeless population present in both the Los Angeles and San Francisco Bay areas.  Between the inmate releases and the homeless population in L.A. County, there will be tens of thousands of people (more than 57,000 in 2018) who will not be expected to comply with public mandates, and who cannot be forced to by reasonable or feasible methods.

The inmate releases increase that problem, and compound it by making crime more likely.  At the same time, working people whose businesses are closed will be losing jobs and becoming more vulnerable to financial catastrophe if they are victimized by crimes like burglary, street hold-ups, and car theft.

Moreover, the lack of deterrence will encourage criminals to escalate to violence where they might otherwise not do so, if they were arrested promptly for property crimes.

It seems improbable that state and local government authorities can’t see this.  Horowitz has clear vision for it, at least, and I would echo his concerns as to where this is going to end up.

Folks, there is something very sinister going on here. They are shutting businesses at the threat of prosecution. Then they are publicly announcing in major cities that they will not arrest for burglary, theft, drugs, and other crimes. This is sick and requires intervention.

If the twin responses of locking down the law-abiding public and loosening the valve on the criminal pipeline seem curiously shortsighted, it is interesting that state governors are being longsighted enough to put the National Guard on alert.  Gavin Newsom did that Tuesday in California.

In Pennsylvania, Tom Wolf has just deployed a number of guardsmen similar to Illinois’s to assist with the coronavirus response, and in his case, at least, he reportedly “has said he will not send the National Guard to enforce a statewide shutdown order for nonessential businesses.”

For the time being, the Guard deployments are being limited to assistance with medical activities, and logistic support for managing coronavirus hot spots.  In New York, there are already acknowledged plans being made to employ the Guard, if necessary, for perimeter security for hot spots.  It’s improbable that no need will emerge at all, anywhere, to put the Guard under arms.

The direction this is going ought to concern us.  Governor Wolf in Pennsylvania may not plan to use the Guard to enforce the statewide business shutdown.  But Philadelphia is setting the stage for serious public-order problems in the state, especially if it remains a priority for an extended period to keep burglars, drug dealers,  car thieves, and vandals out of the jails lest they contract COVID-19.  City policy is seemingly designed to create conditions that could require a National Guard response.

Los Angeles is doing the same thing, and Chicago and Cleveland are joining L.A. in releasing criminals from the jails.  New York City appears likely to follow suit.  San Francisco typically doesn’t lag behind anyone in adopting measures so inimical to public safety.  This is legitimately worrisome.

‘Essential’ business exemption from San Francisco lockdown granted to … marijuana shops
Next Post
Bernie Sanders has his own proposal to push cash in your pocket: $2,000 a month 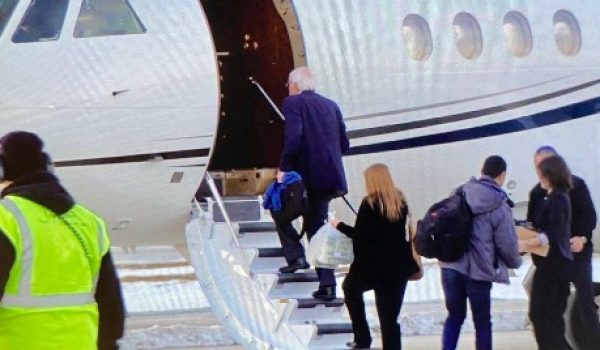