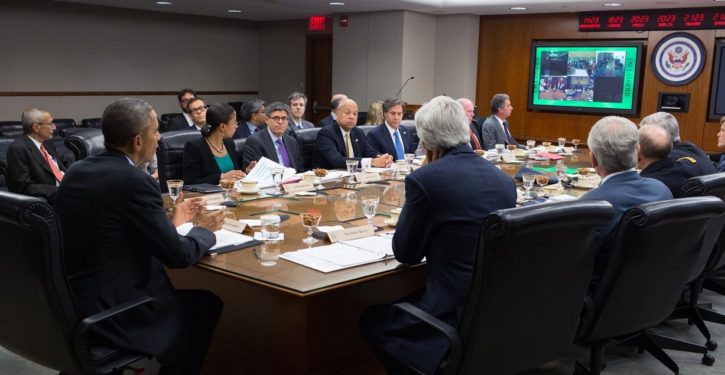 COVID-19, colloquially referred to as the coronavirus, has roiled financial markets across the globe and effectively halted industries such as cruise and air lines. Officially declared a pandemic by the World Health Organization on Tuesday, the virus has prompted the Trump administration to consider all the options in order to rescue the U.S. from the brink of recession.

Cutting payroll taxes to the bone, advancing paid sick leave, offering small business loans, and extending tax relief for some of the hardest-hit industries are some of the proposals the Trump administration has floated thus far to bolster consumer spending and the economy as a whole. Regardless of party affiliation, now is the time for the federal government to pull out all the stops in order to keep American companies from disaster.

Global technology is one of the top industries weakened by the coronavirus, which has caused companies like Google, Facebook, and Apple to shutter offices, cancel conferences, and ban business travel. Investors are rattled and are looking for governmental leadership as a solution, not a barrier in these extraordinary times.

Currently, numerous lawsuits stemming from the now-defunct Obama administration are harassing American technology companies with bogus discrimination allegations. Google, Palantir Technologies, and Oracle are just a few of the companies that have been targeted by what amounts to nothing more than progressive legal activism.

As a part of routine audits by the Department of Labor’s Office of Federal Contract Compliance Programs (OFCCP), companies are required to give the office statistical data on pay practices. Following President Trump’s resounding election in 2016, the Obama administration rolled out multiple lawsuits as an “activist Hail-Mary,” utilizing “statistical analysis” on the data seized from American technology companies as a means of citing discrimination.

In other words, there was no evidence nor specific cases of discrimination that alerted the Obama OFCCP to any wrongdoing, merely a data model designed with the specific intent to achieve a political milestone. In fact, the federal judge presiding over the Oracle lawsuit suggested that the OFCCP was more interested in securing a “symbolic victory” than enforcing the law.

The U.S. Chamber of Commerce issued a scathing report in 2017 on the Obama-era OFCCP, citing a litany of abuses in its dealings with American companies, specifically citing the office’s “overly broad and unreasonable fishing expeditions for employment data,” and “take it or leave it conciliation efforts.”

Demanding enormous troves of data in unreasonable timeframes, discouraging employees from bringing HR personnel to OFCCP interviews, and insisting that employees sign OFCCP interview statements without ample time for legal review are just some of the tactics that the Obama-era department has used under former Secretary Alex Acosta to harass companies in the pursuit of a political agenda.

In light of the massive economic disruption of the coronavirus, companies can’t afford baseless lawsuits designed to push the failed ideology of the Obama administration. On Thursday, March 19 for instance, the Dow Jones Industrial Average plunged a harrowing 10%, underscoring the need for the federal government to give businesses every measure of support possible, not engage in a bogus political witch-hunt.

As the coronavirus continues to rage across the U.S., it has underscored the need more than ever to end partisan squabbles and come together as a nation. It’s time for Secretary Scalia to end this Obama-era witch hunt and focus on fighting real discrimination when and where it rears its ugly head.