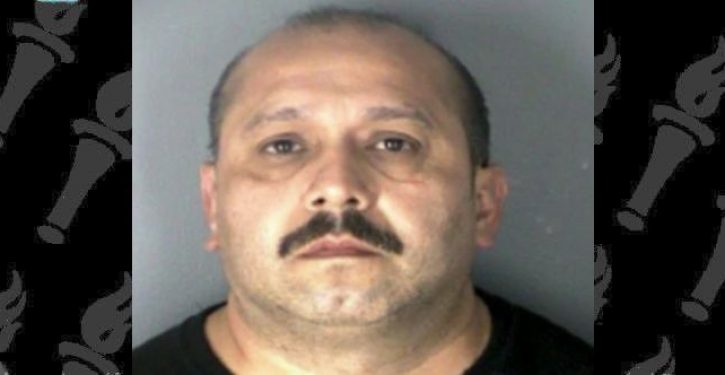 The Lafayette Police Department and the Boulder County District Attorney’s office are asking the public for help in locating Francisco Barraza-Porras, a 47-year-old man who was released from custody, skipped his court date, and is at large. ICE revealed to the DCNF that Barraza-Porras is an illegal alien, and Boulder County officials confirmed that they do not honor ICE administrative warrants.

The incident showcases the consequences when sanctuary jurisdictions fail to transfer custody of an illegal alien over to federal immigration authorities.

Barraza-Porras, who was last known to be living in Lafayette, Colo., was arrested Jan. 2 and charged with multiple counts of sexual assault on a child. Instead of keeping him in custody or handing him over to ICE, local law enforcement released him back into the public with an order to appear to appear before court on March 2.

However, Barraza-Porras never showed up to his court date, and law enforcement doesn’t know where he is.

The Colorado state legislature and the governor’s office, which are under control of the Democratic Party, has dramatically curtailed ICE’s ability to enforce immigration laws in recent years.

Law enforcement in the state are prohibited from arresting or detaining a suspected illegal alien solely on the basis of an ICE request. A law Democratic Gov. Jared Polis signed in 2019 also bars officers from providing a suspected illegal immigrant’s personal information to ICE, and requires state police to read illegal aliens their Miranda rights when coordinating an ICE interview.

Boulder County is no exception to this statewide sanctuary platform.

“Per state law, we only accept detaining someone if there is a warrant signed by a judge. So we don’t accept just general ICE detainers,” an administrative official with the Boulder County government told the DCNF.

This policy is typical among sanctuary jurisdictions in regard to immigration detainer requests.

If an illegal alien is arrested by local law enforcement for an unrelated crime, ICE will lodge a detainer request with that agency, asking that they hold onto that individual for no longer than 48 hours in order for an ICE agent to arrive and assume custody. Sanctuary states and jurisdictions claim that detainer requests are worthless unless signed by a judge.

“The public has been misled to believe that certain judges have the authority to sign a warrant for civil immigration violations — but no such judicial authority exists,”  ICE spokeswoman Justine Whelan told the DCNF in August 2019. “This idea is a myth created by those who either oppose immigration enforcement efforts, are misinformed, or who do not understand how the immigration system work.”

ICE spokeswoman Alethea Smock confirmed that Boulder County does not cooperate with the agency, and that ICE is conducting an active investigation into Barraza-Porras. Lafayette Police told the DCNF on Saturday that they believe he is still at large.

The Boulder County District Attorney’s office, and the Lafayette Police Department, according to local reports, are urging the public to help them locate him, and have encouraged them to contact an investigator if they have any information about his whereabouts.

If you’re ‘burning with fury and grief over Elizabeth Warren,’ you need to get a life
Next Post
Study: FBI dropped investigations of Ft. Hood, Boston Marathon, other Islamist threats