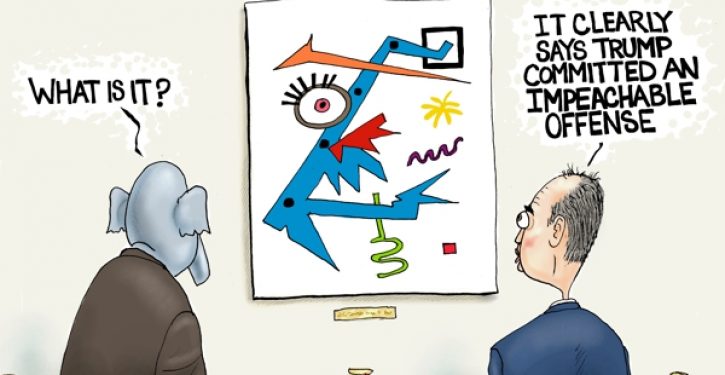 The Democrats knew all along that the day would come. The up-or-down vote on whether to convict the president of impeachable crimes would be held. And Donald Trump would be acquitted.

Now that that’s happened, the Left finds itself in an unenviable position. None of the current field of Democratic candidates has what it takes to defeat Trump. Worse still, socialist Bernie Sanders is looking increasingly as though he might capture the nomination.

James Carville, the political strategist credited with catapulting an unknown Arkansas governor named Bill Clinton to the White House, was a guest on MSNBC where he confessed to being “scared to death” of the direction his party is going.

“The polling averages have not been very good the last 10 days,” he said. “And I’ve seen some pretty good polls that show enthusiasm among Democrats is not as high as we would like it. So there’s something as people are watching this process that is concerning.” He added that he is “not very impressed” with the Democratic field and suggested DNC chair Tom Perez be canned.

So what can the Democrats do to salvage their chances of reclaiming the White House? Chris Matthews, also of MSNBC, offered up a novel idea. “How about Adam Schiff?” he asked former New York Democratic Rep. Steve Israel. “Could they all agree, ‘Let’s give it to Schiff?’,” Matthews asked. Watch:

The idea is lunatical for a host of reasons, not the least of which is that a run for the presidency would open the California congressman up to scrutiny. That is something he strenuously avoided during the impeachment fiasco. For another, it would require a brokered convention. As the Washington Examiner notes:

The likelihood of a contested convention remains low. No nominating convention has gone more than one ballot since Democrats gathered in Chicago and nominated Illinois Gov. Adlai Stevenson on the third round of voting in 1952.

Finally, there is the impossible-to-ponder notion of a “Pres. Schiff.” Need I say more?

Cartoon of the Day: Nancy, the Ripper
Next Post
Justice Department ramps up Google probe, with heavy focus on ad tools