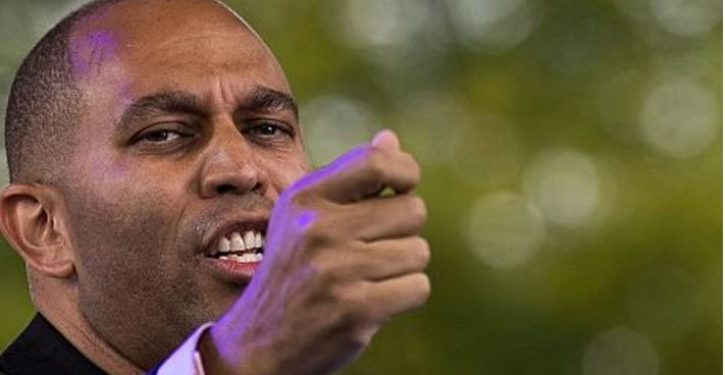 This is the takeaway from the answer given to a question at yesterday’s Senate impeachment trial by House manager Hakeem Jeffries. The question, posed by a Republican senator, was whether the Clinton campaign’s use of the Steele Dossier in 2016 would be considered impeachable under the Democrats’ standard. Jeffries’s answer — that it would not because the Steele dossier “was purchased” — suggests an interesting legal precedent.

When asked whether the Clinton campaign's use of the Steele Dossier in 2016 would be considered impeachable under the Dems’ standard, @RepJeffries says no because the Steele dossier "was purchased."pic.twitter.com/cHP21phiW0

In essence, if Donald Trump had offered cash money to Ukraine in exchange for resuming its investigation of corruption that touched on Joe Biden’s son — perhaps delivered on pallets in the middle of the night to add an element of intrigue familiar to the Democrats — no crime would have been committed. The Democrats would have needed another theory for their impeachment case.

Speaking of which, it’s worth remembering that Jeffries, who is chairman of the House Democratic Caucus, was one of six impeachment managers who supported the impeachment of Donald Trump before the whistleblower complaint was filed. No wonder these people have been willing to resort to nonsensical arguments like the one Jeffries made yesterday in their so-called pursuit of justice. In their myopic and hyperpartisan view, Trump was guilty of an impeachable crime a priori, whether a crime could be found or not. As it turns out, one could not, but that never stopped the Democrats from going through the motions.

If nothing else, impeachment has revealed Dems’ contempt for the Constitution
Next Post
Cartoon of the Day: Waste management 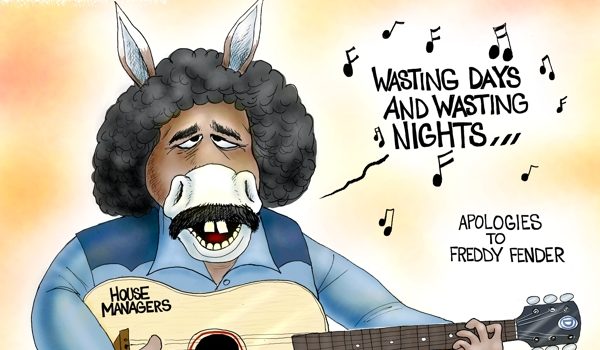