Presidential wannabe Michael Bloomberg caused considerable head scratching earlier this month when his campaign team launched a tweet storm of bizarre comments during the last presidential debate. Among the tweets, which read like bad fortune cookies, was one that claimed “Mike’s house is designed to look exactly like the interior of the Millennium Falcon” and another that read “Last year alone, Mike spent over $200 million dollars on scratch-off lottery tickets.”

In case there was any doubt that the quirky messages were intended somehow as jokes, Bloomie’s social media team prefaced the tweets with this one:

No satisfactory explanation was ever given for what the former mayor’s handlers hoped to accomplish, but they appear to be at it again. On Tuesday, the tweeted this ten-second video:

First, it should be noted that the brand, Big Gay Ice Cream, is for real. The outfit has five locations in New York City and one in Philadelphia. In essence, that makes Bloomberg’s campaign spot an endorsement for the brand.

But this spot raises other questions. One relates to then-New York City Mayor Michael Bloomberg’s 2013 crusade against sugary beverages. He was so concerned about the problem of childhood obesity, which he blamed almost exclusively on the consumption of sweetened soft drink, that he attempted to force passage of a law that would make it illegal to sell or purchase jumbo-sized beverages.

Now he is pushing ice cream, which in addition to being loaded with sugar, is very high in fat. Can you say “hypocrite”? 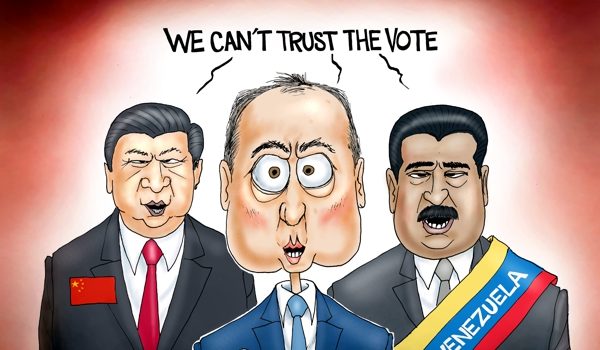 Cartoon of the Day: The Three Amigos
Next Post
Costly law moves through legislature