But liberal-leaning press entities like the Associated Press didn’t report the fact that Northam’s proposal could result in the release of middle-aged murderers, or people at age 50 or 55. The Associated Press claimed the governor “wants to extend parole eligibility for prisoners who are elderly.” And the Daily Press reported that “Northam wants to give the state parole board more authority to grant early release from prison when inmates are elderly.”

That leaves the false impression that these inmates are so old that they are no threat to anyone. After all, virtually no one commits murder in his 80s. But Governor Northam’s proposal would let inmates be released at 50 or 55, lower than the age at which famous serial killers were still active. These inmates are younger than serial murderer Albert Fish, who killed from age 54 to age 62, and Dorothea Puente, who killed from age 53 to 59. Many other serial killers continued killing into their 50s, such as Peter Tobin (up to age 60), John Reginald Christie (up to age 53), and Ted Kaczynski (up to age 52).

By making it sound like the governor’s parole proposal would benefit only harmless elderly inmates, the media hid what was radical and potentially controversial about it — leaving citizens uninformed about its true scope.

The media wrongly made it sound as though the governor was only trying to partly restore parole in Virginia. Virginia largely abolished parole in 1995, but it still permits “geriatric release” of elderly inmates if they haven’t committed Class 1 felonies — that is, the worst murders. Democratic legislators recently proposed restoring parole in Virginia across the board, even for those inmates who were sentenced at a time when parole was not available (when a judge or jury knows that parole is not available, they sometimes choose a shorter sentence as a result.).

But for the worst murderers, Gov. Northam’s proposal appears to go beyond restoring parole rights that once existed, to create parole rights that did not exist in Virginia a generation ago. Back before parole was largely abolished in Virginia, it became available at different times for different criminals, based on their sentence and their crime. Most murderers sentenced to life in prison became eligible for parole after just 15 years. But the worst murderers, such as Class 1 offenders, might have to wait 25 years or more before becoming eligible for parole. Class 1 offenders given life sentences had to wait 25 years — such as murderers who abduct and rape their victims before killing them, or murderers who kill multiple people within a three year period. People given two or more life sentences for murder had to wait 30 years for parole if the murders included a Class 1 felony.

But under Gov. Northam’s proposal, these common-sense distinctions would vanish. Even the cruelest murderers would be eligible for parole after only 15 years in prison (when they reach age 55) or only 20 years (when they reach age 50). Even progressive survivors of murder victims would probably object to that.

Even survivors who publicly oppose the death penalty typically want the killer to receive life without parole, for the sake of public safety, and their own security and peace of mind. Northam’s proposal would largely eliminate that option. Less than 2% of all murderers have been sentenced to death in recent years, many of those sentences are never carried out, and progressive prosecutors in northern Virginia refuse to seek the death penalty out of political opposition to it. So Northam’s proposal would eliminate the only effective way of keeping the worst murderers permanently off the streets.

A murderer can remain dangerous even after spending decades in prison and being deemed no longer a threat by authorities. As USA Today reported in July:

A man who served decades in prison for stabbing his wife 14 times in front of her daughter was convicted [in 2019] in a nearly identical crime — stabbing a woman at least 11 times while her twin children watched.

Albert Flick, 77, whom a judge previously deemed too old to be a threat, was convicted in the 2018 death of Kimberly Dobbie.

But prisons don’t exist to morally transform inmates, which is a task that is usually beyond their power. The government doesn’t have the power to change someone’s soul.

As a result, many inmates have gone on to commit violent crimes or even murder after being paroled, or completing their sentences. They do not all “age out” of crime, especially if they are released before their sixties.

Keeping inmates in prison longer reduces the crime rate. For example, the National Bureau of Economic Research has a web page titled “Sentence Enhancements Reduce Crime.” It discusses a study that found crime went down in California in the 1990s due to criminals’ “serving longer sentences” and the fact that criminals “were still locked up, rather than out on the streets committing crime.” Studies show harsh penalties deter crimes such as murder more effectively than lenient penalties.

An ancient Jewish proverb notes that “he who is kind to the cruel is cruel to the kind.” It is cruel to release a murderer from prison after just 15 or 20 years when the murderer  tortured or starved the victim to death or killed multiple victims. That is an insult to the victim’s relatives, and would deprive them of their peace of mind and sense of security.

Yet that is what Northam’s proposal would permit — even though such horrible crimes would result in life imprisonment without parole in much of America, including some very liberal states that are working to reduce their incarceration rates.

But you would never know any of this from reading the stories about Northam’s proposal in liberal newspapers like the Washington Post and the Daily Press.

Bernie Sanders won’t reveal cost of Medicare for All because ‘it’s such a huge number’
Next Post
‘This means war(?)’: Iran raises ‘Flag of Doom’ over highest mosque 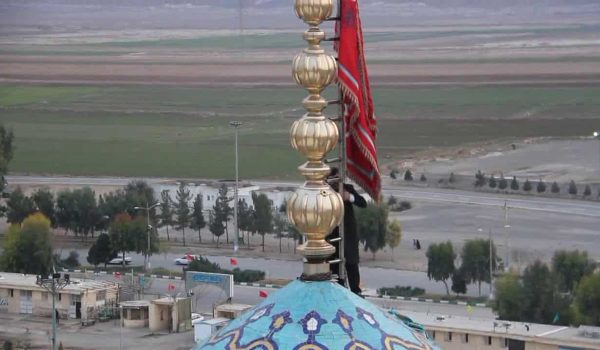