Could it be that New York City Mayor Bill de Blasio is colorblind … literally? He appeared on Sunday’s edition of MSNBC’s “Weekends” where he expounded on the anti-Semitic attack at a Hanukkah party in Monsey, N.Y., that left five people with stab wounds. By the time of the mayor’s appearance, the assailant had been apprehended in Harlem by New York Police, still wearing the blood-stained clothing he had had on during the machete attack, and his photograph — plainly revealing him to be black — had been widely circulated.

So who did de Blasio blame for the attack? Why white supremacists of course with secondary dishonors going to Donald Trump:

For the last three years in this country the forces of hate have been unleashed, and we see more and more violence associated with those hateful impulses. …

We’ve also known for years that there are white supremacists forces that are organizing to do violence. We know about the militias in some parts of the country. They’ve targeted law enforcement. These right-wing militias have targeted law enforcement for years in this country. Unfortunately, that trend is growing, that form of extremism. We’ve got to be able to track it and disrupt it in a way that, honestly, we didn’t face before in the city, nor much of the country. …

It’s not a time for a partisan discussion, but it is a time to say some of the most hateful speech is emanating from Washington, D.C. What we need our president to do is be a unifier, a calming positive voice, reminding us of what we have in common as Americans. That’s what presidents have done for generations. We’ve missed that. And the hateful speech even if it’s not inciting specific violence, let’s face it, we have seen these violent forces emboldened.

De Blasio is not the only liberal to wear blinders. When two assailants, armed to the teeth, stormed a kosher supermarket in Jersey City earlier this month, the women of “The View” likewise blamed the killings on “white supremacy.” Never mind that the two gunmen, David Andersen and Francine Graham, had ties to the Black Hebrew Israelite movement.

This is in no way to suggest that de Blasio’s offense isn’t infinitely worse than the ravings of a gaggle of clucking hens on TV. He after all is mayor of one of the biggest cities on earth. He owes it to all residents and the nation at large to get the facts right, especially in light of the dramatic rise recently of incidents of anti-Semitism perpetrated by blacks.

Vote for Bernie? Why not just write in Santa Claus?
Next Post
Man featured by New York Times as disgruntled Trump voter never voted for Trump 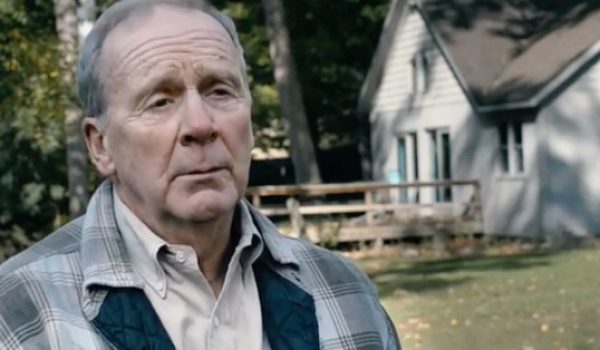