As anyone who has ever served on the board of an organization knows, “No good deed goes unpunished.” There is no better example of that expression than President Trump’s executive order (EO) to fight anti-Semitism signed last week. While designed to stop the growing problem of anti-Jewish hatred on American college campuses, it has the potential of protecting Jews way beyond colleges. But America’s liberals and the leftist media are worried about the 2020 election, so they disparaged the order by raising dishonest questions about how it addresses Jewish nationhood and freedom of speech. But behind those dishonest questions is the goal of the anti-Trump resistance since Inauguration Day 2016: to delegitimize the Trump presidency by making the president out to be a bigot.

Anti-Semitic incidents have increased in America since 2013, particularly in schools and on college campuses, where the phenomenon has morphed into attacks on anyone who expresses an affinity toward the Jewish State of Israel.

According to the AMCHA Initiative, a nonpartisan organization that tracks anti-Semitism on American campuses, acts involving the unfair treatment of Jewish and pro-Israel students or attempts to exclude them from campus activities more than doubled. Per their report, many of those acts calling for the total boycott or exclusion of Zionist students or expression from campus life nearly tripled. Most troubling is that it’s not just the students pushing hatred. The report reveals a dramatic increase in faculty participation in academic BDS promotion and implementation and Israel-related anti-Semitic expression from 2017 to 2018.

One of the problems with fighting anti-Semitism from a government standpoint is there has been no standard definition of what constitutes an anti-Semitic act. To make fighting this hatred easier, Trump’s EO defines anti-Semitism, thereby providing the government with direction on how to fight the hate. It also gives colleges guidance to fight Jew-hatred. Thus schools that ignore anti-Semitism in curriculum, staff, professors, or student activities can find themselves losing federal dollars.

The order was based on a bill introduced in Congress by a Baptist, Rep. Doug Collins (R-Ga.). It was called the Anti-Semitism Awareness Act of 2019. The bill was tabled in August by the Congressional Democrats probably because of the anti-Semitic views and BDS support by many in the House Democratic Caucus.

The President’s executive order makes it clear that Title VI of the Civil Rights Act of 1964 applies to hatred against Jews. The EO states in part:

Understand that while the administration enacted the EO to help Jewish students on college campuses, Title VI isn’t limited to colleges. It prohibits discrimination in any program or activity receiving federal dollars.

One of the oldest debates about Judaism is whether it’s just a faith or rather a faith and nation, or race. This executive order was smart enough to avoid that issue. That didn’t stop many in the liberal media, including the New York Times, The Boston Globe, and The Washington Post from publishingop-eds incorrectly claiming that the order defines the Jews as a race and/or a nation.

The executive order considers Jews as a special protected class. This not a new concept. In 2010 the Department of Justice explained that Title VI applies to discrimination against Muslims. Sikhs, Jews, and other faiths when the discrimination is based on the group’s actual or perceived shared ancestry or ethnic characteristics or when the bias comes from an affiliation with a country where one faith is dominant. In other words, if one discriminates against Catholics because they think Italy is a fascist state, the DOJ may come knocking.

This EO’s most crucial policy change is that it defines what is meant by anti-Semitism for the government. Giving the order legitimacy is its use of an internationally recognized definition created by the International Holocaust Remembrance Alliance (IHRA). That definition includes hatred based on the claim that Jews have no right to self-determination. The definition was adopted by the State Dept. during the Obama years but was never used domestically.

The IHRA definition begins with:

Manifestations might include the targeting of the state of Israel, conceived as a Jewish collectivity. However, criticism of Israel similar to that leveled against any other country cannot be regarded as anti-Semitic. Anti-Semitism frequently charges Jews with conspiring to harm humanity, and it is often used to blame Jews for “why things go wrong.” It is expressed in speech, writing, visual forms and action, and employs sinister stereotypes and negative character traits.

The more contemporary part of the IHRA definition includes provisions that some left-wing Jews find controversial. These include labeling as anti-Semitic actions such as:

Perhaps one of the reasons the IHRA definition wasn’t employed domestically was Barack Obama’s continual violations of some of those standards.

Trump’s order also directs federal agencies to get back to him within 120 days with a report of other ways the government can use nondiscrimination authorities to address anti-Semitism, which may also result in expanding the order beyond the college campus. 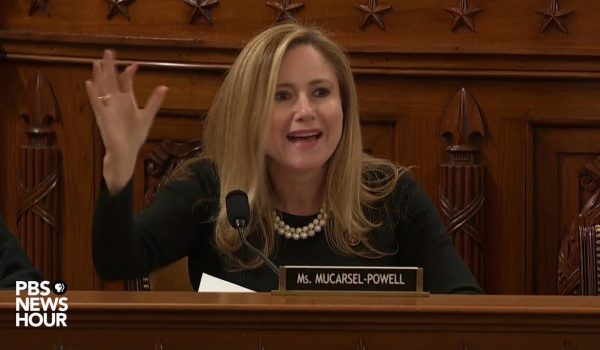