If you have recently visited a grocery store, you are likely to have seen People magazine’s latest issue: “2019 The Year in Pictures, Tributes, Babies & More!”

According to People’s “media kit” for potential advertisers, the “special double issue” will be viewed by 37.9 million Americans — more than 10% of the 329 million population. However, the subscriber “rate base” is only 3.5 million — of which I am one and have been for over three decades.

Accounting for the enormous discrepancy between subscribers and viewers is the “pass-a-long” rate — such as when you flipped through a copy in a doctor’s waiting room or shared an issue among friends or household members.

Even though my other household member refers to People as “trash” — jokingly throwing it in the trash to “save my brain” — I am not ashamed to be a subscriber because pop culture impacts politics and our culture at large.

That said, let’s circle back to the Dec. 16 year-end issue, with Taylor Swift adorning the cover and confessing, “The Year I Found True Joy.”

After “reading” the 156 pages of mind candy, I noticed a glaring omission: no photos of President Trump, the first lady, or any Trump family members.

Well not quite no photos: On page 126, there is a half-page group shot with 22 seated officials, including President Trump, under the heading: “TEMPERS FLARE IN THE CABINET ROOM.” The twenty-third person is standing with her finger pointed at the president. The complete caption reads: “Speaker of the House Nancy Pelosi confronted President Donald Trump over the crisis along the Syria-Turkey border before congressional Democrats walked out of the Oct. 16 meeting.”

But that image hardly qualifies as a presidential “photo” in a year-end pictorial issue. Regardless of how one views Donald Trump, there is no denying that he dominated all news and media platforms, with late-night entertainers thanking him for a continuous stream of material.

Then, as the year-end issue was being produced, Trump’s historic impeachment by the House of Representatives was a virtual given. Thus, how do People’s editors justify not featuring at least a few photos of the man at the center of this vortex? After all, he is more famous and had far more impact on 2019 than the four ladies who warranted four separate and successive covers for the year-end issue. (Swift, Jennifer Lopez, Jennifer Aniston, and Michelle Obama.)

Explaining that approach, Editor-in-Chief Dan Wakeford wrote in his editor’s letter “Meet Our People of the Year”:

For the first time ever we are giving you four different covers in one issue. Our People of the Year issue celebrates the stars who have made an impact on our culture, the individuals who have moved us and entertained us.

Surely that criterion qualified President Trump for a “cover” even more than the former first lady. Curious about the glaring omission, I emailed People’s editor and publisher, asking for an explanation. I informed them about this piece and that I would quote their response. At this writing, I have not received a reply.

But this is not the first time I have objected to People’s exclusion of President Trump in a year-end issue. In that email, I linked to the Washington Examiner op-ed I wrote on Dec.16, 2016, headlined “Because of Anti-Trump Bias, People Should Fire Its Editorial Director.” After Trump had won the election in a stunning upset, I was outraged when People ignored his victory, prompting my title rant.

Three years later, again, People is downplaying the man who has had the greatest impact on pop culture and politics. (And these days it is nearly impossible to separate the two.)

But most troubling is that given its vast readership and influential platform, People has a responsibility to accurately chronicle the year’s major players and events from a broad perspective. Therefore, ignoring the Showman-in-Chief distorts the historical-cultural record.

Be part of the last word on a memorable year, PEOPLE’s final celebration of unforgettable moments and newsmakers, plus special features including year-end celebrity quizzes and more.

And I would add, “…. but the issue will exclude President Trump and any Trump family member.” 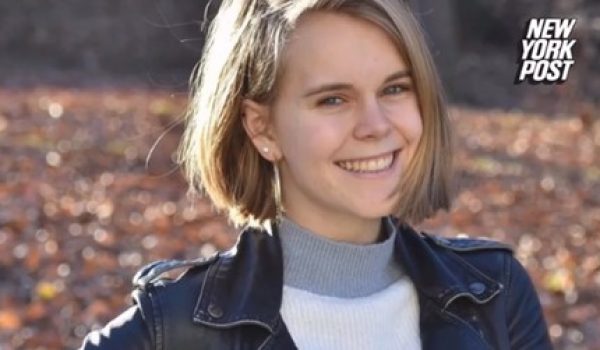