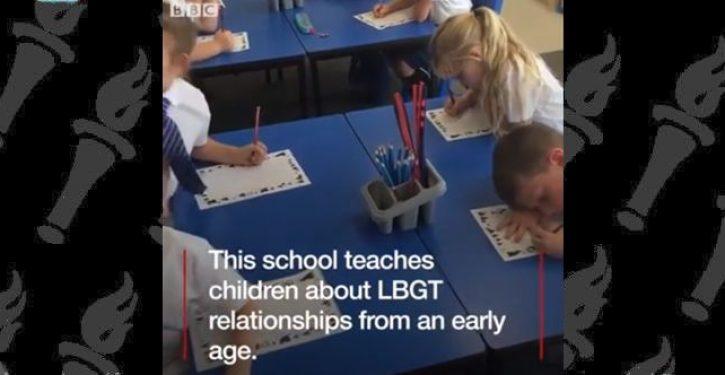 Not that there’s anything wrong with that! In fact, according to gay advocacy site PinkNews, the only problem with the assignment is the negative reaction it has engendered on the right:

The video prompted a number of anti-LGBT outlets, including Lifesite News, InfoWars and Breitbart, to unleash a wave of fury against the school, which was recognised for its LGBT-inclusive education with an award from the charity Educate and Celebrate in July.

The video in question was posted on Facebook by the BBC and depicts young students from Bewsey Lodge Primary School in the UK “imagining themselves in the role of Prince Henry, who wants to profess his love for and gay marry his man servant ‘Thomas.'”

The author of the PinkNews piece, Nick Duffy, notes that the school’s headmistress, Emma Wright, “responded to the vitriol in the comments below the video: ‘I don’t normally comment on social media however I feel compelled to share some thoughts. It is interesting to read how many people have sexualised the content of our curriculum.'”

One might fairly argue that it is the school that is sexualizing the content. Think back for a minute to your own early school days, especially if you were born before 1960. How many writing assignments can you recall that asked you to fantasize about getting married? How often did the term marriage even come up in the curriculum?

And in the case of some of these topics, the jury isn’t yet in. The article quotes headmistress Wright as saying:

I would challenge anyone who doubts the power of what we are trying to do around LGBT+ to come and talk to some of our little people.

They could tell you about respect and how, if you want to wear a skirt for school and you’re a boy, it’s fine. …

Wright may want to do a little remedial reading of her own because there are many in the scientific community who view transgenderism as an abnormality. It is the Left who are the deniers in this case.

Jersey City shooters may have been targeting 50 children in yeshiva next to grocery store
Next Post
Rep. Louie Gohmert names alleged Trump whistleblower during impeachment hearing 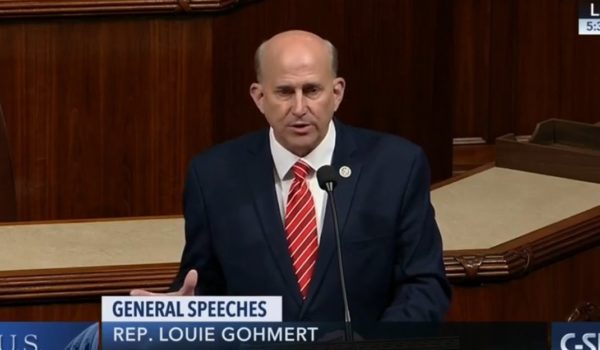