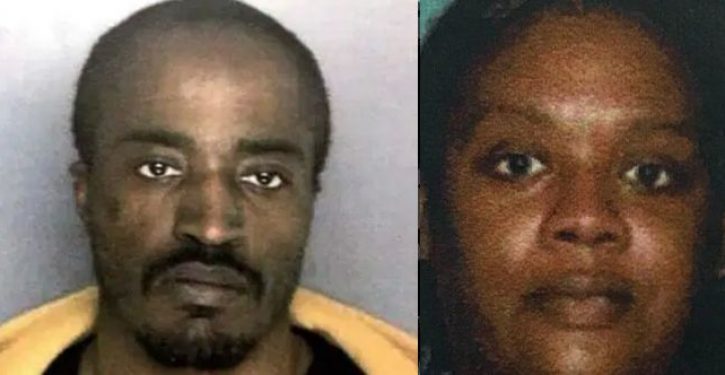 On Wednesday, NBC News and other major outlets reported the identity of the armed assailants who had stormed a kosher supermarket in Jersey City with long guns on Monday. The pair, David Andersen and Francine Graham, had ties to the Black Hebrew Israelite movement. This is the same fine group, you will recall, that played a supporting role in the kerfuffle in D.C. in January involving students from Covington Catholic School and Amerindian activist Nathan Phillips.

But not everyone needed to wait for confirmation about the shooters’ identity to know who was responsible. Rep. Rashida Tlaib took to Twitter to express her outrage at the “guilty party”: 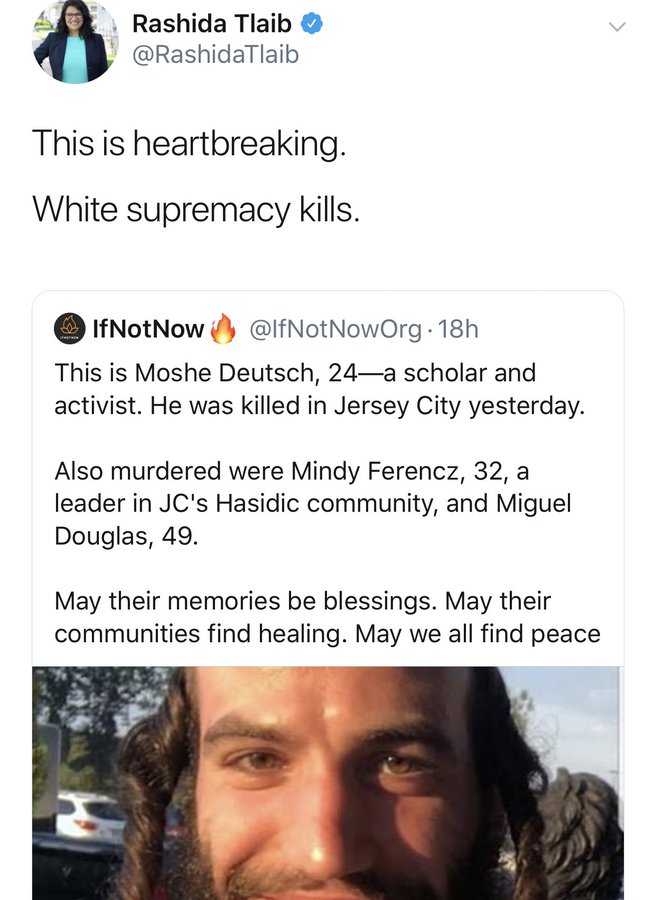 The tweet has since been scrubbed, but Tlaib has remained silent about the true pedigree of the killers. She has not taken the initiative to post another tweet, this one reading, for example, “This is heartbreaking. Black Hebrew Israelites kill.”

Tlaib isn’t the only liberal to blame the Jersey City massacre, which claimed five innocent lives, on white supremacists. On Wednesday, the same day news reports confirmed the killers’ identities, Joy Behar of “The View” claimed that white nationalism was behind the crime. Via TheBlaze’s Sarah Taylor:

Christie responded by pointing out that local officials believed that the incident was a targeted attack.

“It’s a really terrible thing, and we need to pray for [the slain police officer’s] family,” Christie responded. “Those five children lost their dad.”

Behar — insistent on leading Christie into saying that the attack was because of white nationalism — added, “Yes. You will concede that the nationals — these white nationalists have been let out of their holes.”

The news media as a whole have been derelict and identifying the motive, which was clearly anti-Semitism. If the shooters had been Jewish and the victims black, you can be sure that the press would have jumped all over the charge of racism.

Another aspect of the case liberals will be loath to talk about is David Andersen’s long history of violent felonies, especially for weapons offenses, and the short stints in prison he served. 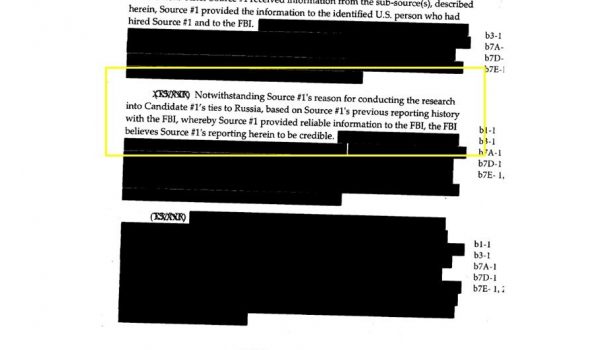