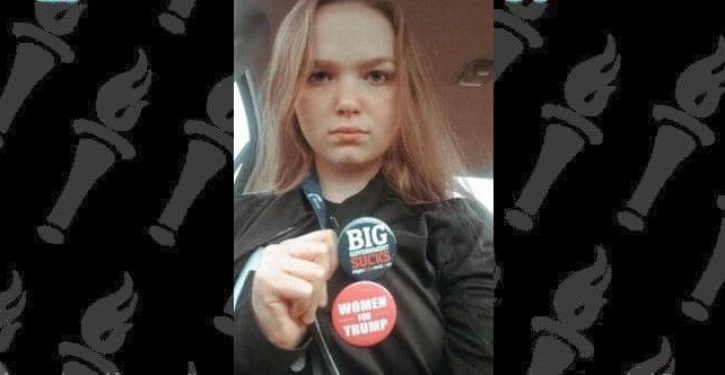 A rhetorical question often asked around these parts is when the media stopped reporting the news and began inventing it. A similar question that might be asked in the era of Trump is when teachers stopped being instructors and began being supreme arbiters of what is good and just and what is evil.

Despite a clearly stated policy at Mason High School in Michigan that allows “students to express themselves” by wearing “buttons, badges, or other insignia; clothing, insignia, and banners,” a teacher, Paul Kato, ripped a pin reading “Women for Trump” off the shirt of 16-year-old Sadie Earegood. (RELATED: ‘It’s a good day for you to die’: Man accused of pulling gun on stranger wearing MAGA hat)

Earegood is quoted by radio station WIBC as having said:

I was just really shocked that a teacher would especially do that. He’s talking about the ‘Women for Trump’ pin and I said, ‘that’s fine you don’t have to like it, we can have our opinions.’

It was then that Kato became physical:

He grabbed it and I pulled, I tried to push his hand away and he grabbed my shoulder. [He] just kind of put his hand there, and then he started pulling more and more and I just started backing up. (RELATED: L.A. Times columnist: MAGA hats are like wearing blackface)

Once the pin was free, Earegood further states, Kato attached the pin to his shirt upside down, explaining that “it belonged that way.” Readers who are old enough may recall that during the 1970s, hippies wore American flag patches upside down, a practice which originated as a distress signal.

Kato is now under investigation by police. The school meantime is conducting its own investigation. Ronald Drzewicki, the superintendent, is quoted as saying, “Once we have a complete understanding of the situation, we will take appropriate action.”