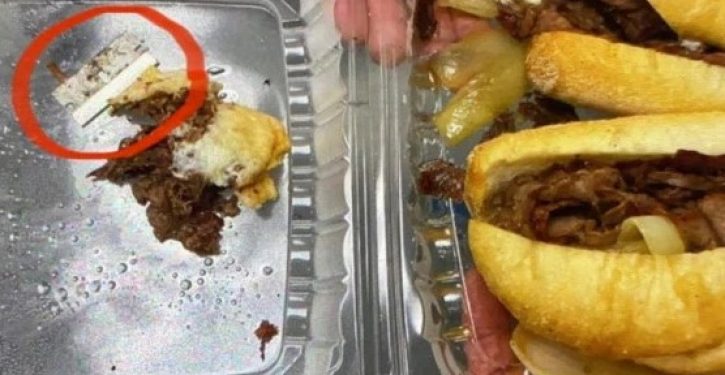 On its face, this is another ugly Starbucks-employee-spits-in-cop’s-coffee incident, but this is a far more serious — in fact potentially deadly — situation. The back story, according to the New York Post, is that an officer assigned to the NYPD’s critical response command in the counter-terrorism bureau suffered an injury to his mouth, thankfully minor, when he bit into a steak sandwich that concealed a razor blade.

The nasty surprise was tucked inside the hero he’d purchased around 4:30 p.m. from Bon Appetit Specialty Food Store on Beach 129th Street in Belle Harbor.

The article goes on to note that the department is looking into the circumstances that resulted in a potentially deadly weapon ending up in the officer’s lunch and whether in fact he was “targeted.” The officer was dressed in plain clothes, which would appear to argue against the possibility that the harm was intentional, but the chances of a razor blade ending up in the food preparation area of a restaurant, much less in a customer’s meal, seem infinitesimal.

Other details in the story militate in favor of the action being deliberate. First, an employee of the eatery was non-cooperative with reporters who asked to speak with the manager. “The manager is busy right now. He is in the back with the cops,” she is quoted as saying. (RELATED: Residents of black NYC neighborhoods throw buckets of water on cops making arrest)

Second, the restaurant specializes in Italian sandwiches named after celebrities like actor like Robert De Niro. This may be reaching, but De Niro is a mortal foe of President Trump, who is a staunch supporter of law enforcement.

Pat Lynch, the president of the Patrolmen’s Benevolent Association, is quoted as calling the incident a “sad state of affairs in our city,” adding:

Cops have to wonder whether we can safely eat a meal in the neighborhoods we protect. We cannot allow this disturbing incident to be swept under the rug. It must be investigated, and if it was anything other than an accident, those responsible need to be put behind bars. 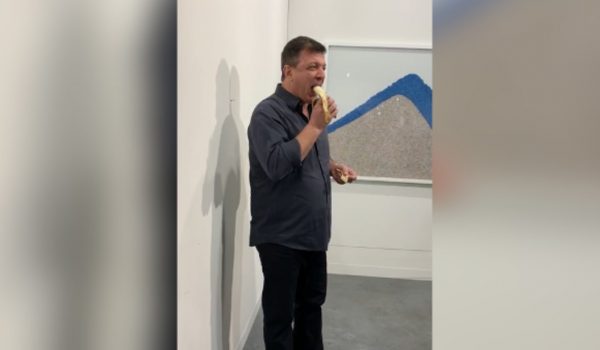