There is fascinating timing here, but there’s also a strange factual assertion that doesn’t withstand scrutiny.  Nothing will make your head hurt like a Ukrainian corruption tangle, and we won’t try to analyze it in-depth on a first go-round.  The timing seems pointed, certainly.  Almost too good to check.  The “fact” problem is a big one, however.

As the inanity crescendoed in the House Intelligence Committee hearing on Wednesday – no, sure enough, no one on the planet ever told Ambassador Gordon Sondland there was to be a quid pro quo with Ukraine in order to shake loose U.S. military aid – a news report from Ukraine came galloping out of left field.

The Ukrainian prosecutor-general recently expanded his investigation of Mykola Zlochevsky, nominal head of gas company Burisma, to include embezzlement of state funds.  Now, members of the Ukrainian parliament are calling on the presidents of the United States and Ukraine to pursue this investigation with some urgency, as they allege that the activities are linked to money-laundering involving a U.S. fund manager.

One of the MPs, Andriy Derkach, said that as much as $16.5 million had gone to members of the Burisma board in the laundering transactions, including Hunter Biden and Devon Archer.

The other MP, Oleksandr Dubinsky, seemed to suggest that money-laundering connected to Zlochevsky may have been implicated in all of the $7.4 billion in Ukrainian debt acquired by the U.S. fund manager, Franklin Templeton Investments.

These assertions naturally got the attention of journalists and bloggers in the United States.  Especially noteworthy was the MPs’ claim that Franklin Templeton is connected to the U.S. Democratic Party.  The Interfax Ukraine report quotes Derkach:

“The son of Templeton’s founder, John Templeton Jr., was one of President Obama’s major campaign donors. Another fund-related character is Thomas Donilon. Managing Director of BlackRock Investment Institute, shareholder Franklin Templeton Investments, which has the largest share in the fund. It is noteworthy that he previously was Obama’s national security advisor,” Derkach said.

Dubinsky had this to add:

MP Oleksandr Dubinsky from the Servant of the People faction said that according to investigators, “the Yanukovych ‘family’ [i.e., Ukrainians in the orbit of former President Yanukovych] illegally obtained $7.4 billion and laundered the funds through an investment fund close to some representatives of the U.S. Democratic Party in the form of external government loan bonds.”

In fact, however, there is no record of any donation by John Templeton, Jr. to Obama.  Nor would we expect there to be: the Templetons, father and son (both now deceased; Templeton, Jr. in 2015), were evangelical Christians with right-wing political views.  And Templeton, Jr. was widely known for being a major donor to conservative organizations and Republican politicians.

Other claims of fact by the MPs check out, such as the point about Tom Donilon’s role with BlackRock and his time as national security adviser to Obama (he preceded Susan Rice).

Franklin Templeton Investments also became a major holder of Ukrainian debt, as alluded to by the MPs.

It is less certain, however, that Franklin Templeton could be said to be “close to some representatives of the U.S. Democratic Party,” in the words attributed to MP Dubinsky.

Now, there may be a figure who, on inspection, fits that description.  She is an American public official and investment fund operator who served as Ukraine’s finance minister from 2014 to 2016, and who worked closely with Franklin Templeton to arrange a debt-relief package for Ukraine in 2015.  This individual, Natalie Jaresko, an American of Ukrainian descent, might be said to be close to the Democratic Party herself.

She became Ukraine’s finance minister in December 2014, after operating an investment company that specializes in Ukraine and was initially capitalized in 2006 by USAID.  (Her story puts in some perspective the peculiar news that Alexander Vindman was reportedly offered the post of defense minister in Ukraine.)

Jaresko was a State Department official before launching her taxpayer-backed investment enterprise, and served in the U.S. embassy in Ukraine from 1992 to 1995.  She has shown up frequently at events hosted and sponsored by George Soros – who of course is never far from USAID-backed enterprises in Southeastern Europe – and she seems to have done her highest-profile work in Ukraine under Democratic administrations.  Her name also comes up frequently in connection with Alexandra Chalupa and the U.S.-Ukraine Business Council.

Given her line of work and links to USAID, the State Department, and Soros, there can be little doubt that Jaresko’s running circle intersects with that of Fiona Hill, Laura Cooper, William Taylor and others in the Ukraine drama, as well as Chalupa, who is firmly and directly linked to the DNC.

Whether that makes Jaresko a “representative of the U.S. Democratic Party” is less certain.  Even less certain is that it has anything to do with Franklin Templeton.

I’m inclined to watch this for developments, rather than getting very excited about it.  We can note some additional caveats, such as the point that Franklin Templeton’s corporate political donations don’t include Democrats or Democrat-linked PACs, any more than John Templeton, Jr.’s do.  The company’s posture seems unusually one-track: its money goes to the GOP.

The tactic of highlighting Franklin Templeton as “close to Democrats” thus has the aspect of a red flag waving inexplicably.  But there’s more.

Mykola Zlochevsky is routinely named in Western media as the head of Burisma.  But as a number of researchers have reported – including Peter Schweizer – there is significant evidence that an oligarch named Igor (or Ihor) Kolomoisky actually acquired Burisma around 2014, and runs it through a shadow operation.

Kolomoisky is the oligarch whom Rudy Giuliani’s associates, Lev Parnas and Igor Fruman, approached earlier in 2019 to seek an entrée with Volodymyr Zelensky’s incoming administration.  Kolomoisky is thought to be a patron of Zelensky’s.

Whether Kolomoisky or Zlochevsky runs Burisma remains an opaque question to those looking in from the outside.  But that very point is a telling one.  There’s something going on here that doesn’t add up.  Zlochevsky’s political connections were known to be with Viktor Yanukovych, the Russia-oriented president toppled in the Maidan uprising in 2014.  That would seem to put him and Kolomoisky at odds politically.  One possibility is certainly that whatever’s going on with Burisma, Zlochevsky, and Kolomoisky is about an ongoing power struggle in Ukraine.

Keep in mind, there’s another American board member of Burisma, a person not named in the MPs’ list of members.  He didn’t join the board until after the period the MPs refer to, in which embezzlement and money-laundering are alleged to have taken place.

The board member is J. Cofer Black, the former CIA official and associate of John Brennan, Stefan Halper, and Mitt Romney (among others).  He joined the Burisma board in February of 2017 – which, regardless of what purpose he’s on the board for, is obviously an interesting date.

I also find one other feature of this Ukrainian development to be informative.  MP Andriy Derkach was a Soviet-era graduate of the Kharkiv Higher Military Command Engineering School, and served in the former-Soviet Strategic Missile Force before the break-up of the USSR in 1991-92.  In 2006-07 (a very interesting time to be involved in the nuclear-power industry, especially in the former-Soviet republics), he was president of the National Nuclear Energy Generating Company Energoatom, and director general of the State Concern Ukratomprom.

These are not minor distinctions.  Whatever party affiliation he has now, this is a guy who comes from positions of trust with the Russian elements in Ukraine.  Derkach later served as “Chief Adviser” to former Prime Minister Mykola Azarov from 2011 to 2013 – one of two prime ministers since 1990 who were born not in Ukraine but in Russia.  Azarov resigned as prime minister during the Maidan uprising that toppled Viktor Yanukovych, and fled to Russia, where he remains today.

In this mix of contextual circumstances, it makes you go Hmm: that the MPs have sprung their appeal for an investigative push on the world at this exact moment, with an eye-catching but very elliptical reference to the U.S. Democratic Party, a Burisma board member linked to the shadow world of Russiagate, and an oddly prominent claim about Franklin Templeton, of all companies, that is easily disproven.

One thing this does do?  It showcases the wisdom of stepping warily in Ukraine, and not letting Alexander Vindman and the momentum from the Obama administration dictate what is to be done with American taxpayer dollars there.  Trump has declined to be railroaded into that mistake.  The American people should see that as a reassuring feature of his presidency – not a bug. 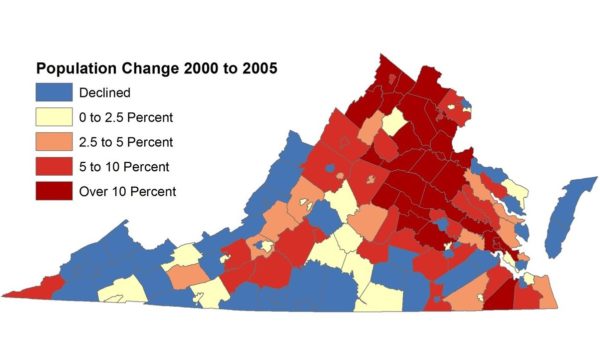 Virginia likely to impose excessive minimum wage
Next Post
Media run story that seems to throw shade on Trump, then find it actually defames Obama. Then?