Outlets including Reuters, Agence France-Presse (AFP), NPR and Aljazeera jumped on a report from the United Nations, writing Monday that the country has the world’s highest rate of detained children. The outlets reported that there are currently more than 100,000 children in immigration-related custody, which violates international law.

“Reuters decided to withdraw its story after the United Nations issued a statement on November 19 saying the number of children in detention was not current but was for the year 2015,” a Reuters spokesperson told the Daily Caller News Foundation.

The page where the article was featured has a retraction on Reuters. The outlet declined to comment on why the story was no longer deemed newsworthy. (RELATED: Nearly 80,000 Illegal Aliens Carried An Arrest Record Before Winning DACA Approval, Government Data Show)

“A Nov. 18 story headlined ‘U.S. has world’s highest rate of children in detention -U.N. study’ is withdrawn. The United Nations issued a statement on Nov. 19 saying the number was not current but was for the year 2015. No replacement story will be issued,” it reads.

AFP also retracted its entire story, tweeting Tuesday that the author of the report clarified the numbers.

AFP is withdrawing this story.

We will delete the story. https://t.co/p30UjEWl7u

NPR retracted its entire story at 6:53 p.m. Eastern time, issuing a notice that it would be posting another story with “more complete information.”

“We have temporarily withdrawn this story because the study’s author has acknowledged a significant error in the data. We will post a revised article with more complete information as soon as possible,” NPR’s page reads.

Aljazeera updated its article, which is now headlined “UN expert corrects claims on children in US migration.” The article notes that the data is from the Obama administration, but a large portion of it is still dedicated to scrutinizing illegal immigration under Trump.

“Following the publication of this article, the outside expert quoted corrected a figure he cited claiming that more than 100,000 children were currently being held in migrant detention in the US,” Aljazeera’s correction reads. “On Tuesday, he told news agencies the figure was from 2015, the latest his team could find. This article has been updated under a new headline to reflect his corrected statement.”

NPR and Aljazeera did not immediately responded to a request for comment from the DCNF.

“The expert also says the Trump administration’s family separation policy is ‘absolutely prohibited’ by the Convention on the Rights of the Child,” the article reads, even though the numbers were from the Obama administration.

The report’s author is Manfred Nowak, a human rights lawyer, who appears to have bungled the report as well.

“Nowak said his team estimates that the U.S. is still holding more than 100,000 children in migration-related detention,” the NPR article reads.

The Associated Press also deleted its article, but wrote a substitute story where it highlighted the figure that was incorrectly cited by Nowak.

“But on Tuesday, he [Nowak] told The AP that figure was drawn from a U.N. refugee agency report citing data from 2015, the latest figure his team could find,” the new AP article reads. “That was before U.S. President Donald Trump, whose policies on migration have drawn criticism, was elected.” 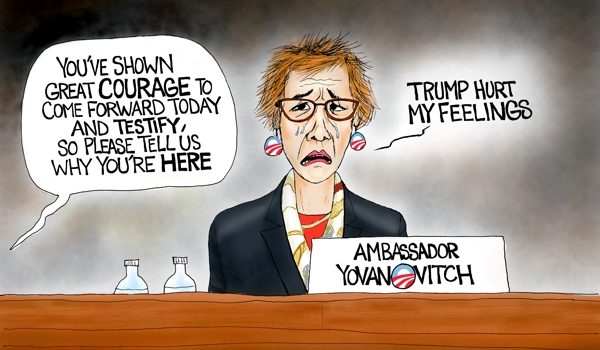 Cartoon of the Day: Braveheart
Next Post
Must-read: Sen. Ron Johnson describes his own interactions with Trump, policy-makers on Ukraine – including Vindman 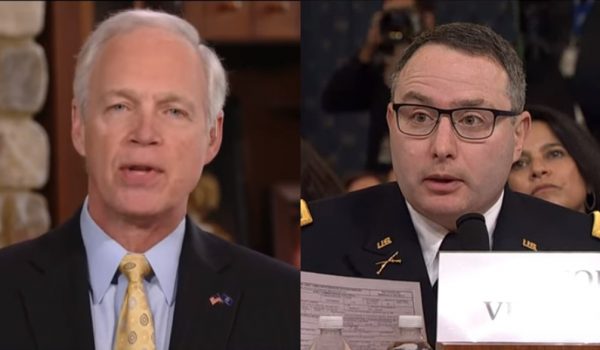