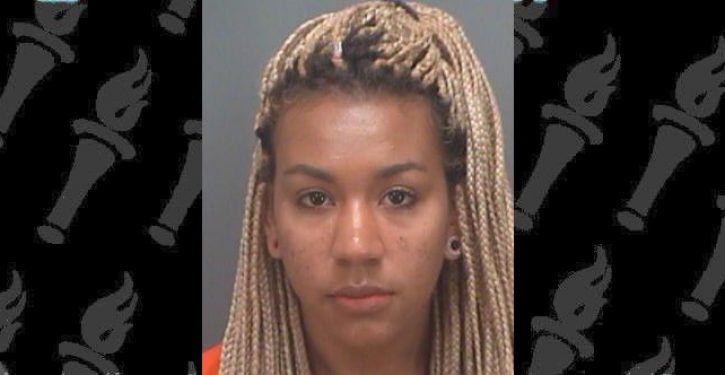 This is a story of almost unfathomable tragedy served up with a gigantic helping of outrage.

According to Tampa Bay ABC affiliate WFTS, a Clearwater, Fla., mother posted a GoFundMe page on June 1 asking for help in meeting her 10-month-old child’s funeral expenses. On the page, 24-year-old Victoria Jackson wrote, “I want to give my son the best memorial service I can. He died last Friday nigh. I’ve never been so heart broken in my life. Please help me take care of my baby one last time.”

Jackson called 911 at 9:20 p.m. on May 24 to report that she had found her son Malachi unresponsive in his crib. He was rushed to a hospital where he was pronounced dead a little over an hour later.

As you can imagine, the response was overwhelming. Almost overnight, the page generated donations of nearly $4,400 toward its stated goal of $5,000.

But on Oct. 30, the story took an ugly twist. A friend of Jackson contacted authorities and told them that friend Jackson had confided in her that she intentionally suffocated her child.

After police conducted a controlled phone call to Jackson, during which they say she made incriminating statements, she was arrested on Friday. She admitted to suffocating Malachi with a pillow while he slept, according to police.

The GoFundMe was taken down yesterday, and the company announced that donors will be reimbursed fully:

It’s important to know that the platform is backed by the GoFundMe Guarantee, which means all donors are full protected by a refund policy.

It remains unclear why Jackson killed the child and whether she had some underhanded motive in seeking to collect money from strangers by playing on their heart strings. It is likely these facts will come out at her trial for murder.