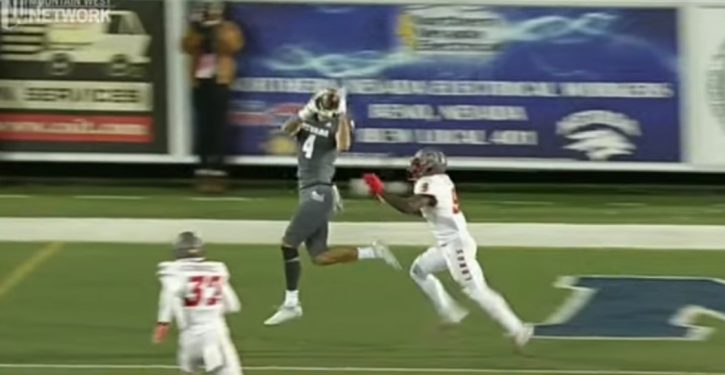 We hate to say it all comes down to this.  Especially since it may not.  You know the one we’re talking about.  LSU at Alabama.  More on that shortly.

Meanwhile, of course, the CFP has announced its presence with authority by posting Ohio State at #1 – which (a) is difficult to argue against, but (b) isn’t actually easier to argue for.  Of all the top three teams, the same question can be asked: “Who have they really played?”

Sometimes, you’ve just been around too long.  And all that said, we figure, no matter what happens on Saturday, that LSU and Alabama will both be in CFP contention, in spite of their SEC-West proximity, unless one or both suffers a complete meltdown in these final weeks.  OSU and Clemson, on the other hand, are it, conference-wise (all due respect to Penn State.  OSU and PSU play on the 23rd).

So that was crazy time on Tuesday night in Toledo.  Neither team really bothered to bring the D, except right at the end when Toledo needed to fend off a 2-point conversion and a tie at the whistle.  Some whopping total of insane yardage on both sides.  In the Big 12 it would have yielded a 56-48 score or something like that.  Toledo topped Kent State 35-33.  Good times.

Tonight the Ragin’ Cajuns are already up 21-0 on the Chanticleers of Coastal Carolina.  One of our own plays Friday night (next paragraph), and you don’t even have to choose: Washington is at Oregon State later in the evening, so there’s no overlap expected.

The University of Tulsa Golden Hurricane, which beat Notre Dame 28-27 on 30 October 2010, is now 2-7 and out of bowl contention after another respectable loss and quality learning experience at Tulane.  TU hosts Central Florida (7-2) Friday evening, with the Golden Knights giving 17, which sounds about right.  UCF came out of the gate like a house afire this season, but has shown enough vulnerability that Tulsa has a shot at beating the spread.

CFP #9 Oklahoma is back in action Saturday night hosting Iowa State (5-3).  As we’ve discussed, you always want to host Iowa State (and spike their Gatorade if you can manage it).  Never play in Ames.  Ideally, you just wouldn’t play them at all, because they’re annoying about winning at exactly the wrong time.  But it’s hard to see a CFP path for the Sooners at this point, so we can at least concentrate on the Big 12 honors.  The Sooner D needs to mess with Brock Purdy’s head and force interceptions, as OK-State did in the win over ISU.  And, of course, OU needs to have a running game this time, besides Jalen Hurts.  Sooners give 15.

CFP #23 Oklahoma State is 6-3 coming off the win over TCU and has the week off.

CFP #24 Navy steamrolled UConn to make it 7-1 heading into the top 25 and a weekend off.

Army went down to Air Force and fell to 3-6, but has an excellent chance to keep stroking toward a bowl shot hosting UMass (1-8) bright and early on Saturday.  We wish the Minutekind all the best, but feel the 34-point Army give is reasonable.

We are extremely sorry to report that Air Force’s meet with New Mexico, scheduled for Saturday, has been postponed to 23 November, due to the untimely death of Lobos defensive lineman Nahje Flowers.  Our deepest condolences to his teammates, family, and friends.

Virginia Tech, now 5-3 after a true heartbreaker of a loss to Notre Dame, hosts #19 Wake Forest on Saturday for what could be a pretty darn good match.  The Demon Deacons (7-1) are giving 2.5 and bucking for their shot at Clemson in the Atlantic Division next week; VT, meanwhile, is still in contention in Coastal with Pitt and Virginia.  Sadly, the game is on the ACC Network, which seems to be under an intermittent blackout pact with my cable provider.

Nevada is 5-4 after a win over New Mexico, and heads to SoCal Saturday night to take on MWC-West leader San Diego State, 7-1.  We’re not real hopeful that the Wolf Pack will cover the Aztecs’ 17-point give, especially facing the SDSU defense, one of the best in the Mountain West.  But Nevada was much cleaner last week on the penalties that have dogged them all season.  We’re looking for respectable, and keeping alive our bowl hopes.

CFP #2 LSU heads to #3 Alabama on Saturday for the unquestioned game of the week, unfolding midday for us Left-Coasters between the SEC-West’s two 8-0 teams.  The Tide is giving 6, because, you know, Tide at home blah blah blah.  As to whether QB Tua Tagovailoa will play for ‘Bama, Nick Saban says, “We really and truly don’t know.”  Which doesn’t sound much like a 6-point advantage from here, but Tide bettors will match their Sooner counterparts any day of the week.

Alabama actually has a number of injury losses; especially tough may be Forristall at tight end, where the Tide is, shall we say, out right now. Not a depth position for the offense.  On the LSU side, it’s not clear from here if safety Grant Delpit will be back from his injury, but he’ll be missed if not.  He’s got good height versus the tall receivers; seems to move fast and smart, from what we’ve seen.  Joe Burrow and his merry men are looking healthy, so that’s a big up-check.

Of course, President Trump is planning to be at the game, which may annoy some of the student body but will thrill plenty of the alumni and other fans.  As we understand it, the moronic “Baby Trump balloon” will be there too.  Whatever.  CBS, 2:30 CST.

CFP #16 (woot!) Kansas State is king of the sunflowers now, and sporting a 6-2 record heading to Austin to take on 5-3 Texas.  The ‘Horns are giving 7 in the line because everybody south of Louisville has more betting cojones than a Buckeye fan.

Toledo is 6-3 and bowl-eligible after the win over Kent State, and shifts the action to Wednesday night next week, hosting Northern Illinois.  NIU hasn’t been all that recently, and comes in 3-6 and probably about a 6-point Husky dog.

Wyoming (6-2), coming off the bye week, has their work cut out for them at #22 Boise State Saturday night.  The oddsquad has the Broncos with a 14-point edge.  We never say never.

CFP #4 Penn State will be giving 6.5 at CFP #17 Minnesota, which just goes to show you something, if it could be expressed in 25 words or less.  We’re not going to attempt it.  Let’s put it this way: #4 should be expected to whomp Goldie and Pals by a bigger spread.

CFP #5 Clemson will be at NC State (motto: “They have a football team?”) for Saturday evening’s marquee game, giving 32.5.

In Storied Rivalry action, the Shula Bowl breaks out on Saturday as Florida International (4-5) heads to Florida Atlantic (6-3).  We’re happy to say the Don Shula award is a tasteful trophy, as befits a coaching great.  FAU gives 10, but you know us: we’ll be rooting for the Golden Panthers.

We would definitely not steer you away from #18 Iowa at #13 Wisconsin, duking it out in their Storied Rivalry for the Heartland Trophy.  Badgers have the edge by 9.

Tennessee at Kentucky, both 4-5 and unranked, may not carry quite as much freight, but their Storied Rivalry could still produce a fun game.  The oddsdudes are teetering on the fence; Wildcats give 1.

For the obvious reason, we’d really be remiss not to mention the Charlotte 49ers (4-5) playing the UTEP Miners (1-7) in El Paso.  UTEP’s one win was over Houston Baptist (FCS, Southland) in week 1, but they keep coming back for more.  Charlotte’s favored by 13, which they don’t get to say that often.  The football may be take-it-or-leave it, but they’ll be missing their tip if they don’t sing “Darling Clementine” at halftime.

In FCS, McNeese State is 6-4 after a win over Northwestern Louisiana last week, and has this week off.

In Div II, Slippery Rock’s 31-28 win over California (PA) did not come easy last week, but it did bump the Rock to #9 again (as Colorado School of Mines edges up to #8).  SRU heads to Erie, Pennsylvania to take on 2-7 Gannon U. on Saturday, with a dusting of snow between now and then, and temps around 40 with cloudy skies at the noon game start.

UCO bagged another win at Missouri Southern last week, surging to 4-5 with the 52-27 topping.  The Bronchos host Northeastern (Oklahoma) State (Tahlequah) Saturday for the big President’s Cup match, and given the 0-9 record of the RiverHawks seem to have a good chance of coming off with the honors.  We’d just like to see UCO put two more in the W column and maybe get one of those fun little bowls in Texas.  The 1 PM kickoff in Edmond should see low 70s and partly cloudy.

In Div III, Rose-Hulman left Defiance a heap of rubble in a 53-6 rout last week, but on Saturday faces the big Heartland test of the season hosting conference leader Hanover College (Hanover, IN).  Hanover hasn’t looked this good in years, coming in 7-1 to RHIT’s 6-2.  HCAC has no teams in the regional D-III rankings at this point, so it’s all for the conference honors.  The 2:00 PM kickoff should see mid-40s and partly cloudy.

Christopher Newport lost, rather as expected, to Salisbury last week, the 51-0 blanking no doubt a tremendous learning experience.  The Captains host Rowan U. (Glassboro, NJ) on Saturday, both teams coming in 2-6 and ready to rumble.  The game start at 1 PM can expect temps right around 50 and a few clouds.

Merchant Marine, 4-3, hosts Catholic U. on Saturday, the Cardinals coming in 1-7 off their first win of the season, over Norwich.  We’re sure everybody knows that Jon Voight, Susan Sarandon, and Chris Sarandon are Catholic alums – but we’re not so sure you know about Brian Williams, who at least says he’s one. (Ba-DUMP-bump.)  Those who remember the late Henry Gibson from Laugh-In and Blues Brothers will be gratified to know he was class of 1957.

Kickoff is at noon in Kings Point, with temps grazing 40 and lowering skies. 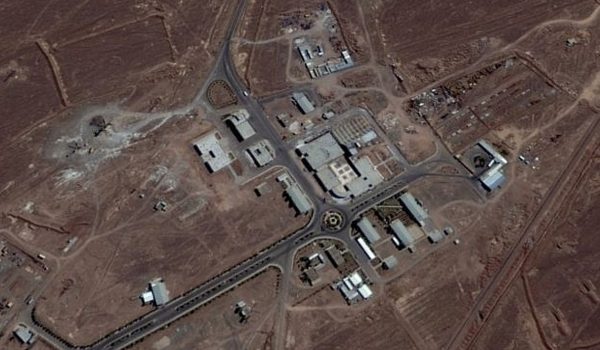