It’s now official. ISIS leader Abu Bakr al-Baghdadi is dead. As Pres. Donald Trump confirmed in an announcement yesterday, the terrorist responsible for countless gruesome deaths died by his own hand, detonating a suicide vest he was wearing as U.S.-led forces doggedly pursued him into tunnel.

The announcement calls to mind another Sunday announcement eight years ago by another president about the death of another terrorist kingpin. But unlike the news reports of the raid that killed Osama bin Laden, for which then-Pres. Barack Obama received high praise from the Left and Right, the media and many Democrats have been restrained if not downright critical of Trump handling of the news. (RELATED: Donald Trump predicted 9/11 fourteen months in advance, named bin Laden?)

The elimination of Al-Baghdadi is great news.@realDonaldTrump would have been better served by allowing the announcement to speak for itself rather than engaging in a lengthy victory lap.
Less is more is never his thing.

Axelrod conveniently forgets that Obama not only delivered a similarly detailed report to the American public about the raid on bin Laden’s compound but that the following year he traveled to Afghanistan to formally mark the anniversary of the al Qaeda founder’s death. Among Obama’s chief defenders against accusations that he was “spiking the ball” was none other than Axelrod, who argued:

A far more biting critique of Trump’s Sunday announcement was penned by the Washington Post’s Aaron Blake, who wrote:

Three things about the announcement were striking.

First is the amount of detail Trump provided — far more than to which we’re accustomed in such announcements. He talked about how long he knew about the operation, when he showed up in the Situation Room, how the operation was undertaken and how everyone died. …

Second is the role the Kurds and Russia played.

In the hours before Trump’s news conference, the Kurdish-led Syrian Democratic Forces said it was a joint operation between them and the United States.

Trump portrayed the U.S.-allied Kurds, who have carried the brunt of the recent U.S. withdrawal from northern Syria and whose value as allies Trump has minimized, as playing more of a bit part.

Interestingly, Blake was mum on such details in 2011, though other reporters at the time were not. A week after the raid that took out bin Laden, Seymour Hersh who flat-out accused Obama of lying to the American public about the events of the operation.

Hersh wrote in the London Review of Books that the administration rushed to take sole credit for killing the terrorist behind the 9/11 terrorist attacks, when in fact, the government of Pakistan provided significant assistance. And he called out several details that have become to be accepted as fact. …

This spring I contacted Durrani and told him in detail what I had learned about the bin Laden assault from American sources: that bin Laden had been a prisoner of the ISI at the Abbottabad compound since 2006; that Kayani and Pasha knew of the raid in advance and had made sure that the two helicopters delivering the Seals to Abbottabad could cross Pakistani airspace without triggering any alarms; that the CIA did not learn of bin Laden’s whereabouts by tracking his couriers, as the White House has claimed since May 2011, but from a former senior Pakistani intelligence officer who betrayed the secret in return for much of the $25 million reward offered by the US, and that, while Obama did order the raid and the Seal team did carry it out, many other aspects of the administration’s account were false.

Among the other claims Hersh made are that there was no firefight at the compound, only the shots that killed bin Laden, and that the terrorist mastermind was never burred at sea. 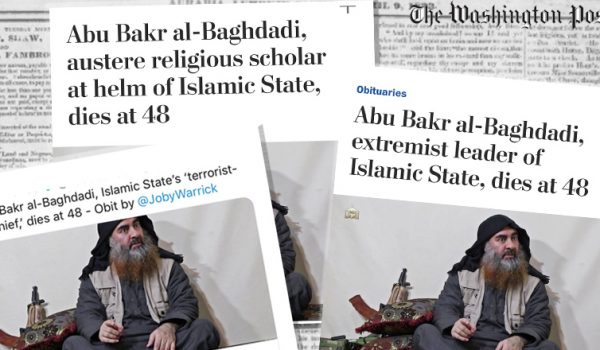