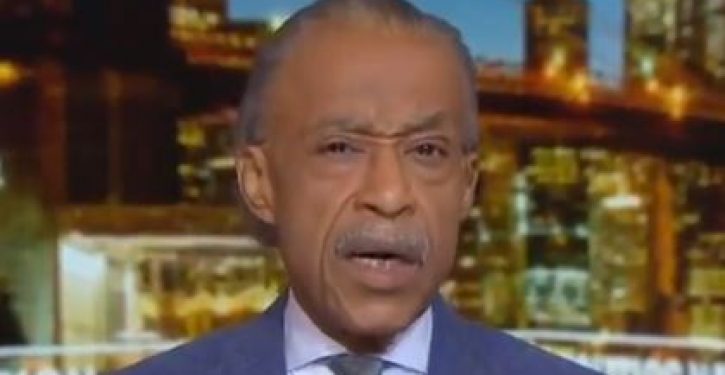 You say, “al-Baghdadi,” he says, “Al Bagdaggi … Bagdagdi,” but MSNBC refuses to call the whole thing off.

Al Sharpton, race baiter par excellence, continues to receive air time from the cable network so that he can ask incisive questions like, “Why did he [Trump] take a lot of credit to himself, specifically alluding to the idea that Baghdad’s [sic] death was bigger than the death of Osama bin Laden? Remember, Trump at the time accused Pres. Obama for taking too much credit for Obama’s [sic] capture and death.”

#NEW: MSNBC's Al Sharpton says Pres. Trump has to answer to conspiracies about the operation that killed ISIS leader Abu Bakr al-Baghdadi, including why he unveiled so much info and what role Russia played in the planning: pic.twitter.com/bnQIRIUja1

Here he is in another segment (the one in which he finds the name “al-Baghdadi” to be an irremediable tongue-twister) accusing Trump of not focusing enough on the other terrorism: white supremacy. For your added viewing bemusement, the reverend limits his criticism of Trump’s blind eye to white supremacy on the mass murder a year ago at the Tree of Life synagogue in Pittsburgh. It’s fascinating to hear Sharpton, whose own virulent anti-Semitism led to the torching of one Jewish-owned store in Harlem and the fueling of a race war between blacks and Jews in Brooklyn’s Crown Heights section.

President Trump said that because of the killing of Al Baghdadi, that the world is a better place. And I would give credit to he [sic] and those that were responsible for it. But we have a lot of work that must still be done in the area of terrorism. In the same area of the world where Al Baghdadi was and in our own nation. Where a year ago today, we saw in Pittsburgh at the Tree of Life synagogue 11 people killed by a domestic terrorist. We see the threat of domestic terrorism, hate groups, even FBI director Chris Wray said that white supremacy is a major part of that in this country. We must be committed to fighting terrorism all over the world, but we cannot duck the rise of hate groups and terrorism at home. And remembering this one year ago today, what happened in Pittsburgh at tree of life, ought to make us all say yes, give credit for what happened with the leader of ISIS. But let’s not forget the sobering memory of 11 lives lost and many others that were lost to those domestic terrorists that are bent on hate and bent on white supremacy and anti-Semitism and racism and homophobia. We have to fight terrorism, hate, and people taking lives on all fronts, and yes, give credit when we win, but don’t think the battle is over because we fought one fight. We must continue, and we must be operating with a sense of urgency. That does it for me. Thank you for watching. 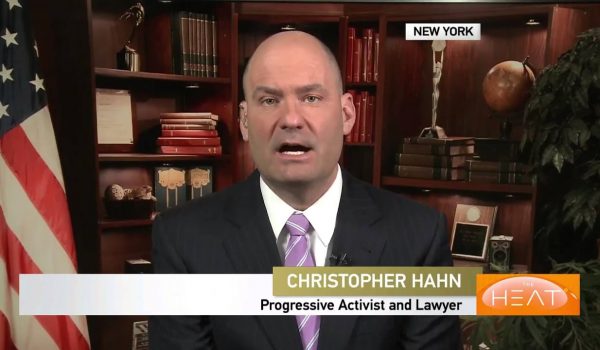 Fox News guest: ‘Most likely’ outcome is Trump doesn’t run in 2020
Next Post
Election forecast: For first time in U.S. history, progressive Democrats likely to control a legislature in the South