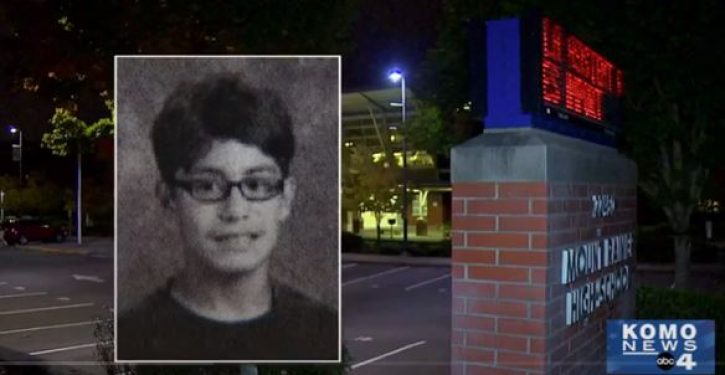 And the hits just keep coming. The Left continues to insist on providing sanctuary for illegal aliens (who they hope will thank them at the polls someday by voting Democrat) while Americans continue to die.

The latest victim is a 16-year-old from Washington State. In September Seattle radio station KOMO reported that a body pulled from the Green River earlier in the month had been identified by the King County Medical Examiner’s Office as Juan Carlos Con Guzman. The cause of death was multiple blunt and sharp force injuries.

Flash forward to now and to the arrest of one of Guzman’s suspected killer, 20-year-old Carlos Iraheta-Vega. Station KIRO reports:

U.S. Immigration and Customs Enforcement said one of the suspects in a Mount Rainier High School student’s grisly murder is an undocumented immigrant from El Salvador, who came to the U.S. as an unaccompanied child, and has been arrested and released from jail several times in King County since 2018.

Investigators say the teen was hacked, partially dismembered and then dumped in the Green River last month near Auburn. A motive has not yet been released but newly obtained court documents state there was a “mutual fist fight” prior to the murder.

The real tragedy occurred in 2018 when ICE “lodged a detainer following Iraheta-Vega’s first arrest by Kent police in 2018 but was not notified of his release from jail several days later. Iraheta-Vega was later arrested twice for DUI, according to ICE, and released from jail before they could encounter him.” (RELATED: llegal alien who confessed to shooting transgender hooker multiple times at large)

And true to form, King County Executive Dow Constantine, a Democrat, is pushing back, claiming in a statement that “ICE is now on a public relations offensive against jurisdictions that follow the rule of law,” said Constantine in the statement. “To be clear, we do not hold people against their will in our detention facilities unless ordered to do so by a judge.”

How does he sleep at night?

Colin Kaepernick slams Jay-Z for saying America has ‘moved past’ kneeling as form of protest
Next Post
Cartoon of the Day: Animal House 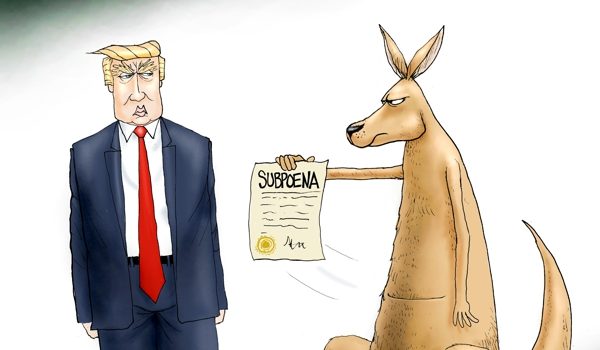