If you think you’ve seen this movie before, it’s because you have. Every now and then, former Vice Pres. Joe Biden demonstrates that he just isn’t up to speed on the issues his fellow Democrats consider critical. Such as equality for the LGBTQ community, which is of such paramount importance that the Democratic candidates for president staged a forum on LGBTQ rights in Los Angeles on Thursday. (RELATED: Democratic candidates speak out on Christian faith’s compatibility with LGBTQ issues) The event touched on issues near and dear to the heart of Joe Q Public, such as decriminalizing HIV transmission, taxpayer-funded transition surgery for transgender prison inmates, or stripping tax-exempt status from churches if they fail to support same-sex marriage.

As one of the frontrunners for the Democratic nomination, Biden was there naturally and offered up his this gem, which is sure to win him the support of gay voters on the fence:

This isn’t the first time Biden stepped in it when trying to prove he “gets” the whole gay thing. Remember this classic from July?

The former vice president spoke at a Pride weekend fundraiser on Saturday in Seattle. According to the Seattle Times, guests had paid a minimum of $1,000 to dine at the home of public relations executive and gay rights activist Roger Nyhus and to meet the candidate.

Biden told the crowd that, as vice president, he was one of the first Obama administration officials to support same-sex marriage. He spoke about how far the country has come in terms of recognizing the rights of the LGBT community.

According to the Seattle Times, Biden said that “just five years ago, it would have been acceptable for a businessman to make “fun of a gay waiter.”

His remark was not received well by guests who called out, “Not in Seattle!”

It’s not only his “grasp” on gay rights that demonstrates that while Biden may be alive in the twenty-first century, he is squarely rooted in the twentieth — and the early part of the century at that. It was only a month ago that he was advising parents to turn “the record player on at night.”

Report: Adam Schiff has two aides who worked with ‘whistleblower’ at White House
Next Post
Cartoon of the Day: Beijing bounce 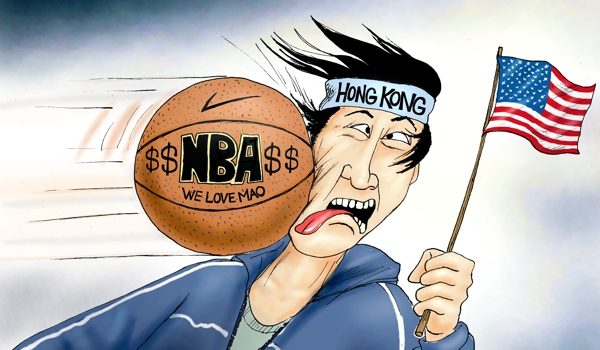