The National Basketball Association is kowtowing to authoritarian human-rights abusers in China. As Fox News reports:

Lawmakers from across the political spectrum came together Monday – if only for a moment – to slam the NBA for … apologizing to China over a tweet by Houston Rockets General Manager Daryl Morey that expressed support for pro-democracy protests in Hong Kong.

Morey himself was also forced to apologize.

NBA team owners claimed that Morey had acted inappropriately because the NBA is not a “political” organization. The claim that the NBA does not take political positions is obviously wrong, and a pretext for kowtowing to human-rights abusers.

Under NBA Commissioner Adam Silver, the NBA frequently takes left-wing political positions. For example, it has supported controversial boycotts of states such as North Carolina that adopt conservative laws. The NBA has also supported legislation backed by left-wing trial trial lawyers that would allow even the smallest businesses to be sued for unlimited punitive damages and attorney fees (such as the misnamed and deceptive “Equality Act”) when they are accused of discrimination based on gender identity, sexual orientation, or race.

In other news, the U.S. is apparently abandoning its Kurdish allies in Syria, who helped America defeat ISIS. Based on assurances that U.S. troops would protect them, the Kurds dismantled their border fortifications against the Turks. The Turks now are expected to invade, after the U.S. announced it is pulling its troops from that region of Syria. This betrayal of the Kurds will make it harder for the U.S. to obtain allies in the Middle East in the future. 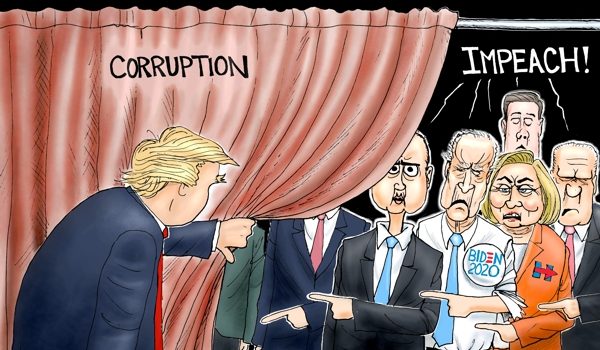