Blowing up seemingly out of nowhere, a supposed “whistleblower” case has gone from zero to 60 in nothing flat in Washington this week.  For a few brief days, it was a mystery what the case was purportedly about.  On Thursday afternoon, the rumors coalesced around a single theme: the “whistleblower” had told the intelligence community inspector general (ICIG) about contacts between President Trump and his Ukrainian counterpart, President  Volodymyr Zelensky, in which a supposedly inappropriate “promise” of some kind was made.

Additional reports on Thursday afternoon produced an almost laughably scripted-looking “Aha!” resolution, seemingly suggesting that the inappropriate “promise” was to release military aid to Ukraine if Ukraine would play ball in some way on an investigation of Hunter Biden and his appointment to the board of a Ukrainian oil and gas company, Burisma, in 2014.

I say this because one particular news item had no sooner dropped – a report that $250 million in military aid had been approved by Congress “after White House delay” (but see below) – than the “Aha!” tweets started erupting all over Twitter.

The White House released the aid to #Ukraine last week under pressure from lawmakers.https://t.co/QfgehBFc3L

To buy this as a controlling narrative for present and future actions, however, you have to completely ignore the history leading up to it.  That history involves, at a minimum:

And that’s just a partial list.  The volume at which the “whistleblower” case has been set indicates that there is clearly a lot to learn from the truth about the Obama administration’s and the Democrats’ dealings with Ukraine.  This has the hallmark of a counter-operation being mounted at full blast.  Google search results have already been massaged; unless you know you need to search at conservative websites, or include certain specific search terms besides “Ukraine, Biden, Trump,” you won’t find the links on the actual history cited above.

Most of the information comes from MSM sources – but Google won’t present it to you in a generic search.  You have to already know what you’re looking for.  Otherwise, you’ll get page after page of themed search results informing you that Rudy Giuliani is a very bad man who’s trying to meddle-smear 2020 candidate Joe Biden on behalf of the Trump administration (that theme ramped up in May 2019), and in the last 24 hours it just got terribly, terribly worse.

Here are a couple more considerations.  One, we’ve known for two weeks that the $250 million in military aid to Ukraine was agreed to by the Trump administration.  It’s not new information.  Voting on it in a Democratic-controlled House today (19 September), and then reporting it today, comes off as staging for effect.

If the substance at issue here is the president’s decisions about negotiating with foreign countries on non-intelligence matters, or distributing foreign aid, then complaints about his actions to the ICIG are a paper drill:  non-actionable beyond administrative processing.  (On the extremely slim chance that the “whistleblower’s” case is about an intelligence agreement with Ukraine, it might theoretically meet the standard of the statute for being an actual instance of whistleblowing.  If that is the case, however, there can be no legitimate second-guessing by anyone on the negotiating methods the president chooses to arrive at his agreement(s).  We have all such agreements under the president’s authority, and if there are moral or ethical objections to how he arrives at them, it’s not the whistleblower statute that will guide the seeking of redress.)

That’s why the word will be reflected in scare quotes here as long as it is being thrashed in the media.  The “whistleblowing” path was presumably selected by the accuser to frame an allegation about the president in such a way that publicizing it would meet the maximum institutional resistance, while also endowing it with a superficial aura of legitimacy.

“Whistleblowing” always sounds more righteous than “leaking to the media” or “telling the Democrats (or Republicans) in Congress things you’re not supposed to disclose.”

But calling it “whistleblowing” when all you’re doing is second-guessing the president – and using your purported confidential knowledge of his phone calls to foreign leaders as your calling card – is disingenuous, to put it mildly.

We’ll see if we are afforded reliable information about any of this in the next few days.  Continued stalling, rumor-mongering, caterwauling, and orchestrated releases of theme-bites will be a sign that this is all a hysterically urgent snow job.  We’re being hit with distraction-rays.  Substance; now.  That’s the only thing that might be convincing.

It’s a good question how convincing it would be, though.  Given the very real concerns about how the Obama administration comported itself with Ukraine from 2014 to 2016, including strong-arming Ukraine over its domestic investigative and judicial activities, with some of those activities affecting the 2016 election and the Russiagate operation, it cannot be evil for the Trump administration to demand information about that.

If Trump has had to use as strong an arm to pry information out of Ukraine as the Obama administration’s figures used to keep information sealed in Ukraine – I don’t have a problem with that.  People who defend the Obama figures and insist that they must not be investigated have no credibility in attacking Trump.  And to the extent that Ukrainian entities have been implicated in Spygate — a massive attack on U.S. institutions and the very existence of our constitutional government as we know it — the American people’s need to know supersedes all else. 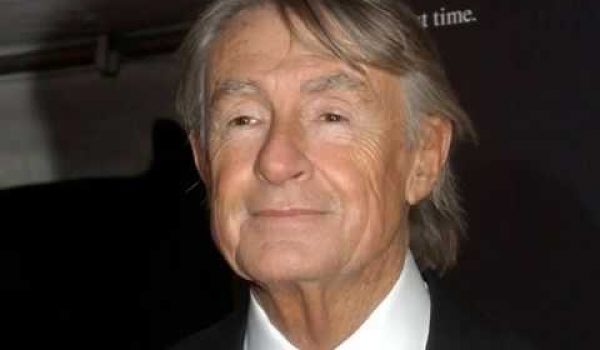