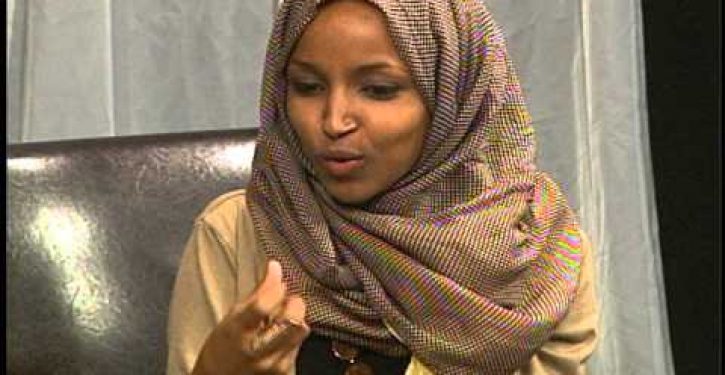 Well, that didn’t take long. After having tried to sound less anti-American following her well-deserved public dressing down by a 9/11 survivor, Rep. Ilhan Omar was back in full “some people did something” mode on Sunday. While appearing on CBS’s “Face the Nation,” the freshman congresswoman was asked if she understood why her “Some people did something” comment was offensive to the victims of 9/11 and their families. Her answer made it obvious that she doesn’t understand (or doesn’t care).

Instead of addressing the question, Omar talked about the “backlash” against Muslims after the 9/11 attack.

Margaret Brennan: This was the anniversary this week, the 18th, of the 9/11 attacks on our country. And at a Ground Zero…  well — remembrance ceremony I’ll call it — the son of one of the victims stood up and specifically called out language you had used in the past that he characterized as not respectful when referring to the three thousand people who were killed by al Qaeda. You said, “Some people did something,” and he put it right there on his t-shirt. Do — do you understand why people found that offensive?

Ilhan Omar: I mean so 9/11 was an attack on all Americans. It was an attack on all of us. And I certainly could not understand the weight of the pain that the victims of the — the families of 9/11 must feel. But I think it is really important for us to make sure that we are not forgetting, right, the aftermath of what happened after 9/11. Many Americans found themselves now having their civil rights stripped from them. And so what I was speaking to was the fact that as a Muslim, not only was I suffering as an American who was attacked on that day but the next day I woke up as my fellow Americans were now treating me a suspect.

Either Rep. Omar’s memory is cloudy, or she is lying. For roughly a week after the attacks, if not longer, most Americans were in mourning. No one was stripping anyone else of his civil rights, and it’s highly unlikely that Omar was treated like a suspect the day after the attacks. Certainly it’s doubtful that any of the 150,000 Muslims living in the Twin Cities area of Minnesota, many of them Somalians like her, accused her of responsibility for the attacks.

You know, when we were celebrating a few nights ago, I talked about how some people would say, “Ilhan, you should speak a certain way. Ilhan, you should do something a certain way,” and I think that’s contradictory, really, to the purpose of — of my existence in this space. I believe that my constituents sent me to make sure that I was bringing in a conversation that others weren’t having, that I was speaking for people who felt voiceless for a long time. And I think it’s really important for us to recognize that it’s a new Congress. It’s a diverse Congress and we’re not only diverse in our race or ethnicity or religion, but we are also diverse in our perspective, in our pain and our struggles, and in the hopes and dreams that we have, and the kind of America that we want to shape for all of us.

But even that is not entirely accurate.

Anti-Islamist Muslims came to US Rep. Ilhan Omar (D-MN)’s home turf on Tuesday night. They made it clear that not all Muslims support her shutting down of debate in the Muslim community, symbolized by her dismissal of a liberal Muslim activist’s questions about female genital mutilation (FGM) earlier this summer.

Representatives of the Muslim Reform Movement held a question and answer session at the University of Minnesota, called, “Honoring Islam by Taking on the ‘Appalling’ Questions.”

“When I saw this video, I was pretty disappointed,” said Ayah Abuserrieh, who organized the event for the University of Minnesota College Republicans. “I remember Omar’s smug look when she aggressively shot down the opportunity to openly converse around a serious topic.” 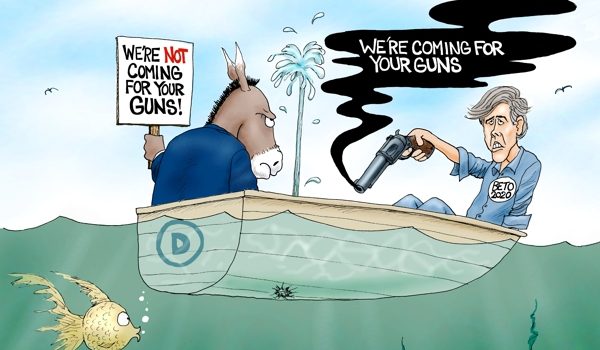 Going out with a bang
Next Post
Taking on the ‘invincible fallacy’: a conversation with Thomas Sowell on reparations 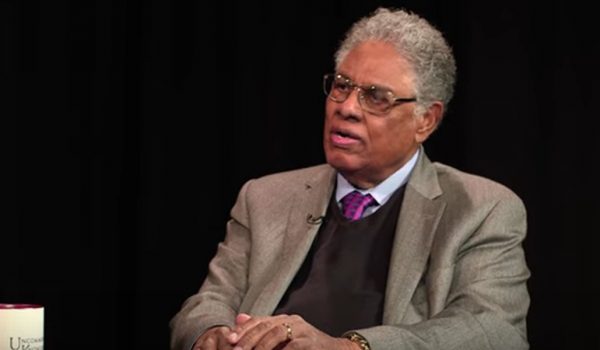