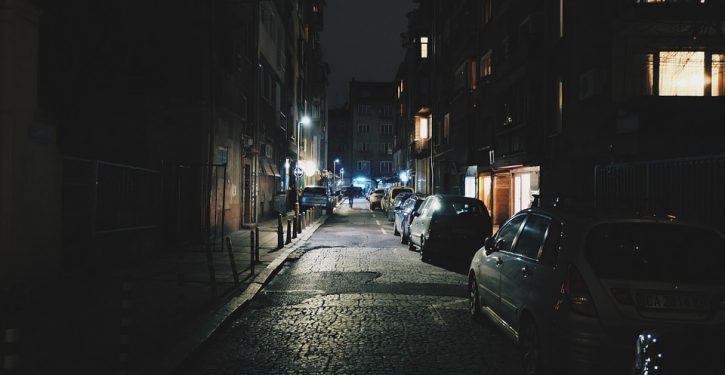 His name is Todd Lyons, he is 33 and homeless, and according to the New York Post he is “facing multiple counts of felony hate-crime assault in as many as seven random attacks on pedestrians in lower Manhattan.”

Lyons … apparently didn’t care if his victims were young or old, male or female. …

He used his fists, or random found objects — including a brick and wood from a broken chair — to strike his victims, sometimes knocking them to the ground and leaving them bloody, police said.

The first attack took place on Aug. 9 at Fifth Avenue and 14th Street, when a man, 56, was shoved to the ground from behind.

He has also been linked to — but not charged with — an incident that same day, in which a ­20-year-old woman was struck from behind with a brick at Wooster and Canal streets.

The other suspected assaults happened Aug. 16.

Granted, it’s not the sort of story that is going to generate coast-to-coast headlines. None of Lyons’s victims died of their injuries, after all. At the same time, the string of crimes is indicative of the moral decay, including the broader problem of homelessness, that has overtaken America’s urban centers. Those angles would at least seem to merit coverage in The New York Times, which is after all a local paper and does devote an entire section to city developments.

The media blackout may have something to do with Lyons’s appearance. Here is a surveillance video capture of him as he stalked the streets of the city wearing a menacing expression:

Yes, Lyons is black. And his victims were white. In fact, having white skin was the one condition in his victim that he needed to have met. “Get off the street, honky, you ­f*cking honky, you don’t belong here,” the Post quotes him as having reportedly screamed at a 58-year-old man whom he punched in the face two weeks ago.

With all the attention accorded these days to the issue of race (several of the Democratic presidential aspirants are promising reparations if they are elected), it is a sobering reality that our elite media still can’t bring themselves to report incidents of black-on-white hate crime. The problem is amplified by the fact that had the races in this case been reversed, the story would appear on every front page in America as an affirmation of how racist the country has become in the era of Donald Trump.