If nothing else, it’s a refreshing change from the constant drumbeat from a subset of congressional Democrats who want to see Donald Trump removed from office on the grounds he is mentally unfit to serve. Then again, if the outcome of MSNBC anchor Chris Cuomo’s “study” had been different, no doubt he too would be on the bandwagon calling for the president’s ouster for health reasons.

But let Fredo speak for himself. The money portion of the his Tuesday night monologue begins at 1:24 in the clip below, but I should warn you that if you start there, you’ll miss Cuomo quoting Shakespeare. Anyway have a listen. The transcript follows.

Presidents should have a lot of heavy burdens that weigh on them, and yes, keep them up at night. Waiting for that 3 a.m. call, the need that they can’t satisfy, the pain that they must work tirelessly to address.

Much of this sounds more like the description of a recovering addict than it does a president, but let’s cut to Cuomo’s bottom line:

It’s been almost three years since Trump won the presidency. He looks exactly the same. His hair is — I don’t know what’s going on with that. But he may do things that presidents in the past haven’t done to augment their physical reality, but it could also be that he doesn’t care the way others have. [Emphasis added]

In the hopes of driving home the point, Cuomo displays “before and after” pictures of the previous three presidents and notes how much they aged in the job. Any scientist worth his salt would point out the multitude of flaws in Cuomo’s “research design,” beginning with the fact that the “after” photos are of men who had served eight years in the presidency, not three, as Trump has done. Cuomo is also conveniently overlooking specific factors that may have led each of these men to age more noticeably: Clinton’s impeachment, Bush’s war on Iraq, Obama’s many “non-scandals,” the most serious of which may just now be coming to light. There is also the fact that Trump is no stranger to the pressures of being top man in a large organization. 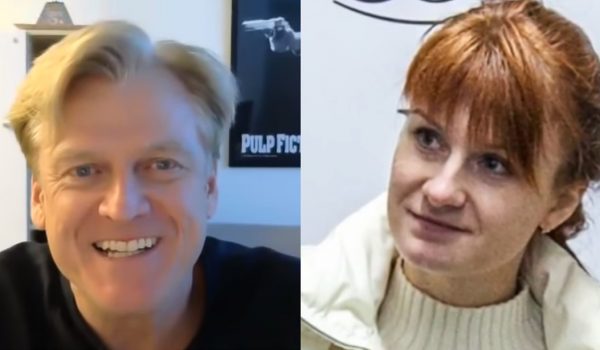 BOMBSHELL? Overstock CEO who had relationship with Maria Butina says he helped set up high-level officials for potential felony charges
Next Post
Drag queen challenges Rep. Adam Schiff for his seat in Congress