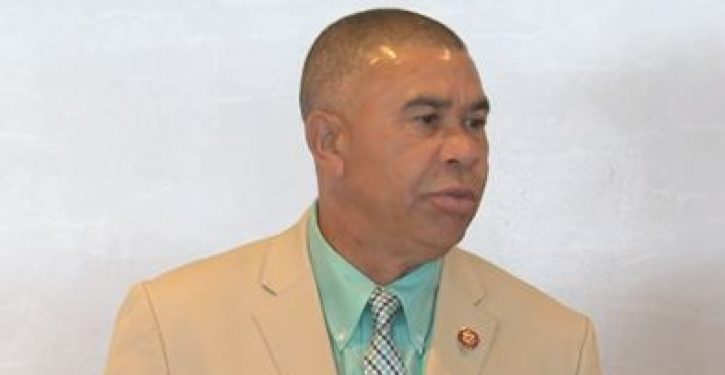 A new bill by Democratic Reps. Lacy Clay (aka William Lacy Clay), of Missouri, and Ro Khanna, of California, would require that police nationwide (1) use deadly force as a last resort and (2) learn and use other de-escalation techniques. The proposal, called the PEACE Act (an acronym for “Police Exercising Absolute Care with Everyone”), comes on the fifth anniversary of the death of black teenager Michael Brown as he grappled for the gun of a Ferguson, Mo., police officer.

The politicization of Brown’s death, which gave rise to the Black Lives Matter movement, has been reinvigorated recently by presidential hopefuls Elizabeth Warren and Kamala Harris, both of whom have mischaracterized it as murder despite findings to the contrary by the Obama-Holder Justice Department.

Ferguson was a dramatic symptom of an illness that is prevalent across our nation in which some officers hired to protect and serve essentially terrorize our communities.

It’s a pretty distorted view of the job performed by our men and women in blue. But it’s hardly surprising coming from Clay, who, alert readers will recall, sponsored and vigorously defended a controversial painting entered in the Congressional Art Competition in 2016 that depicted police as pigs.

So how would the PEACE Act work? Clay explains that on his website:

Our new legislation would prohibit the use of deadly force by federal law enforcement unless no other reasonable alternative exists. The PEACE Act would also incentivize states to adopt their own legislation to establish this same higher standard of conduct for local police if they wish to continue receiving public safety funding from the US Department of Justice Omnibus Crime Control and Safe Streets Act. If states fail to enact legislation that mirrors our new federal standard requiring law enforcement to use force as an absolute last resort … they would no longer be eligible to receive that funding.

But the biggest failing of the PEACE Act is that it seeks to implement a solution that is already in place. As Jeff Roorda, business manager for the St. Louis Police Officers Association, explains via CBS St. Louis affiliate KMOV:

It’s a very uninformed position the Congressman is taking. Every police department in the United States has a continuum of force that they go through before they use deadly force. There’s not a police department in the country that doesn’t use deadly force as a last resort. I don’t know what the goal of this legislation is other than making noise.

Huh? California Gov Newsom: ‘Vast majority’ of homeless in San Francisco are from Texas
Next Post
Cartoon of the Day: Blind trust 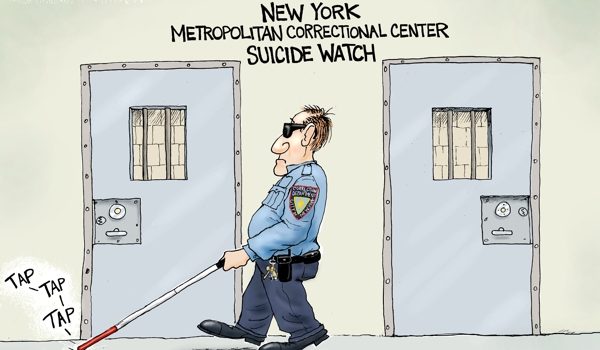