In case you missed it, network and cable news outlets over the past several days have been running a video of an 11-year-old Hispanic girl sobbing and begging for her father’s release after an ICE sweep in Mississippi led to the arrest of 680 illegal aliens for whom deportation orders had been issued. The child’s father was one of them.

Now try finding information on Mauricio Barrera-Navidad and/or Carlos Palacios-Amaya at CNN, MSNBC, or any of the mainstream outlets. You won’t succeed. Nor will you find any information about the girl, also 11 years old, that the pair is accused of raping repeatedly.

Townhall has the details of the ugly incident:

The two illegal immigrants, both in their late twenties, were friends with the victim’s older brother and first allegedly raped the girl in July 2018. The men subsequently raped her multiple times over the next few months while continuing to send lewd communications to the minor.

The 11-year-old girl, now 12, told a social worker in July 2019 what had occurred. According to ABC 7, Barrera-Navidad attended the victim’s older brother’s birthday party in July 2018. While at the party, he brought her into a bedroom where he raped her. He then continued to communicate via cell phone.

Barrera-Navidad, an El Salvadoran national and father of four, was scheduled for deportation in 2016 but was never removed from the country. If his deportation order is now carried out, expect the news cameras to swarm like flies around his residence so they can record heart-rending footage of his children weeping over being separated from their parent.

As for the rape victim? Meh.

The Left’s latest ploy to overturn 2A: Make gun ownership so expensive, no one can afford it
Next Post
Cartoon of the Day: Smash hit 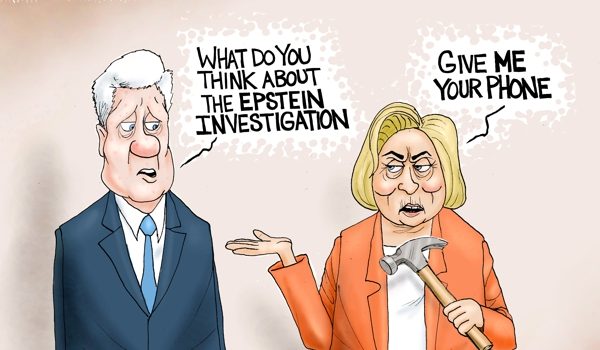