I have never been opposed in principle to finding ways to tighten holes in the background-check system through which – according to our consensus theories on the matter – many of the recent mass shooters have slipped.

Nor have I opposed, in principle, the idea that we need ways to help keep guns out of the hands of people who meet a risk threshold of mental instability.

But if ever there were a week in history designed to flag for us in pulsating neon the dangers of making mental health a routine basis for public policy, it’s the one we just went through.

The most basic question the past week leaves any sensible person with is this one:

Do you seriously expect me to sit still for a government in which these seemingly deranged — at the very least obsessed — people can exert influence, craft law or regulations, and judge my mental fitness for exercising a constitutional right?

Wow. If you haven’t watched @AOC’s plea to Americans infected by white supremacy, now is the time.

“We will always be here and hold space for you to come back.” pic.twitter.com/1JvpBIB7ND

Then there’s this one.  Am I supposed to let my rights be outvoted by these people, and let them elect officials to craft new vetoes over my state of “mental health?”

I hold the incendiary rhetoric of @TheDemocrats & their #MSM propagandists responsible for this brazen, sexist, hateful, ?violent? & unprovoked attack on a female #Trump supporter by this person of unassumed gender. #DemocratsAreDangerous#WomenForTrumppic.twitter.com/bdFTFqrY8g

Followed by: Is the public discussion supposed to be conducted honestly, straightforwardly, in good faith, under the orchestration of these people?

This is a complete lie and is extremely dangerous rhetoric in today’s volatile atmosphere pic.twitter.com/S5Yda6MUQR

Please take a few minutes to read this brilliant piece. It perfectly summarizes the gothic nature of this first family and administration. https://t.co/m2G5shP9Z6

To my fellow members of the press, I suggest we refrain from quoting the presiden’ts words from prepared speeches into headlines and tweets without context. He sometimes says the right thing. The real questions are what he does and what he really believes.

And this: If my right to self-defense is overridden by administrative actions, and I’m at the mercy of whatever the government will do for (or to) me, am I supposed to be content with a government whose effective standard is this?

Reuters: "At the MCC, two jail guards are required to make separate checks on all prisoners every 30 minutes, but that procedure was not followed overnight, according to the source, who was not authorized to speak on the record."https://t.co/mhCgkbm7jM

I’m sure there are aspects of these questions that others can frame in different ways, to bring out the significance of other points.  These are the ones that stand out for me.

But those are just the preliminary questions: the questions in principle, given the raw reality we were exposed to last week.  There may be millions of sensible, trustworthy Americans across our fair land, but they’re not the ones who would administer a regulatory regime for mental health and guns.  The administrators – and the media’s Greek chorus hymning their efforts – would be the activists who come in with an agenda, whether elected, appointed, or (as in the media) self-selected.

Too many of them are too interested in government power for the wrong reasons.  That’s in large part because, with its constant expansion, we have let government itself become too interesting.

Here are the top specific, policy-oriented concerns that occur to me as this debate is launched.  As much as I would like to build up to the big one, I’m going to put it first so no one will miss it.

1. Red flag laws won’t stop at being remedial.  They will transmute into being prophylactic.

This prediction is a no-brainer.  It’s 100% guaranteed to happen as laid out here.  Instead of regarding mental health as a potential showstopper, if it happens to come up, activists will immediately begin arguing that everyone who wants to own a gun should have to undergo a mental health evaluation as a condition of gun ownership.

The consequences of this would reach far beyond gun ownership.  Once the foot of mental health activism was in the door, everything people need a government license or permission for could be held at risk through mental health screenings.  The very nature of the people’s relationship with government would shift, probably irrecoverably outside of literal revolution.

Remember, I’m not talking about the attitude of the whole mental health profession today.  I’m talking about activists with agendas.  Activists are usually a very small part of the communities they come from.  The great majority of mental health professionals are people of high ethics and good character who have no interest in leveraging their profession to weaponize government against portions of the population.

But activists have a different profile.  We’ve seen that with the media onslaught of a group of activists against Donald Trump, depicting his mental health in a garish light and demanding for many months now that he undergo a psychiatric evaluation (or simply be removed from office based on negative assessments they purport to have made from a distance).  Democrats in the House are actually working with them.

Trump is the president, and in that office he can withstand such an onslaught without his life being altered.  We the people are his employer; the activists may tell us his mental state is disqualifying, and we can decide not to accept their judgment.  But no one else is the president of the United States.  Most of us could find our lives materially altered, even ruined, under an onslaught like this one.

We already know activists will do this.  Activists of various stripes demonstrated to us further this past week (as they have for months recently) the lengths to which they will go in service of their agendas.

It would be intolerable to see new gun laws made without acknowledging the certainty that they will (a) be abused and (b) become a slippery slope to preemptive “mental health” prophylaxis that puts too much arbitrary power in the hands of government agencies and the activists who ply revolving doors with them.

2. The second major concern is how to rescue citizens in the hands of red flag laws from the alarming problems already demonstrated with their administration.  We urgently need answers on that, because precedents are being set as we speak.

A recent California case (which we ran a Web Crawler headline on this weekend) is a good example, but there are others in the states that have red flag laws already.

Without rehashing the whole case, I will simply point out that the individual in California had his guns and ammunition confiscated “for a year” after a court had heard the “expert” witness of a sheriff’s deputy and a police officer – neither of them a licensed mental health professional – as to his mental state.  The defendant wasn’t entitled to state-provided representation in a civil matter, so the only one who cross-examined the “experts” was the defendant.

There’s no question that the situation in this case had question marks and ambiguities (i.e., pertaining to the defendant’s mental state).  But what it did not have is what we should rightfully expect as governmental due process, before a constitutional right is abrogated.

What guarantees will the American people have if the U.S. Congress puts its stamp of approval on a mushy procedural framework like this?  What appeal will there be from laws that are administered at the state level, and are allowed to override a constitutional right by default?

“Process” becomes a joke if it can be administered however courts and public employees choose.  It starts out as a joke if it isn’t written to respect a constitutional right above all other priorities.

We don’t live in an America today in which there can be complacent assumptions about respect for our rights – or even about the attitude of our fellow Americans if they are especially motivated to involve themselves in public policy.  We have every reason to believe, based on empirical observation, that some of them are likely to be busybodies; that they might be malevolently biased; that they might even show patterns of demented behavior.

It’s not the people who should have to prove ourselves to them.  It’s vice versa.

And yet the purpose of red flag laws is to require the people to prove themselves to a system that is guaranteed from the outset to behave in arbitrary ways.  We don’t have to merely guess that it will.  We’ve been seeing it unfold for us in technicolor, across the disciplines of government regulation, for years now.

Red flag laws are a good idea, but they also rely on a measure of public trust and assumption of good faith by your neighbors. Lack of that trust and good faith is being demonstrated daily.

This is a very bad time to suggest to Americans that it’s safe to write new, more preemptive laws making gun ownership conditional on mental health assessments administered by government agencies.  I’ve never been opposed to court-ordered confiscations under carefully circumscribed conditions.  But the danger of ignoring a minefield for our rights is exceptionally grave here.

I doubt Congress’s ability to write a law that can adequately constrain the law’s administration, so that the people’s rights are paramount – as acceptable law must regard them – and our relationship to government is not fatally altered for the worse.  The states, our laboratories of democracy, may play around with more preemptive red flag laws.  Let the lawsuits abound.  The federal government should remain a bulwark for our constitutional rights, rather than endangering them by writing bad law based on hard cases. 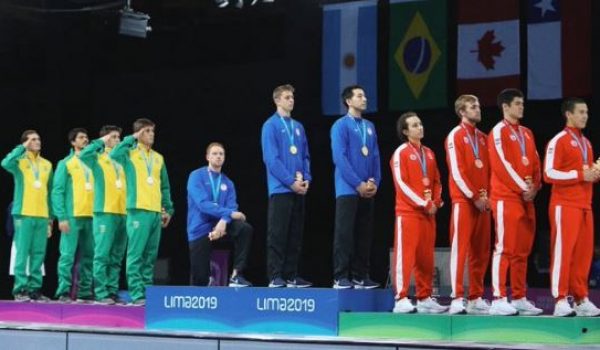