The plan comes less than a week after two mass shootings in El Paso, Texas, on Aug. 3 and Dayton, Ohio, on Aug. 4 left over 30 people dead. It also comes less than two weeks after another July 28 shooting in Gilroy, Calif., left three dead and 13 injured.

“The toxic combination of hate and guns is a threat to all of our safety. I have a plan starting day one of my presidency to combat white nationalism & end the gun violence epidemic. The first step is defeating Donald Trump,” the former secretary of the Housing and Urban Development tweeted.

The toxic combination of hate and guns is a threat to all of our safety.

I have a plan starting day one of my presidency to combat white nationalism & end the gun violence epidemic.

Castro’s plan begins with an anecdote on his website that reads: “‘How do you stop these people?’ President Trump asked at a campaign rally, soliciting ideas to stop migrants seeking asylum at the border. ‘Shoot them!’ one man yelled. Trump smiled.”

The anecdote is in reference to a video from a Trump rally in Panama City Beach, Fla., during which Trump was discussing the migrant crisis at the southern border.

“Don’t forget: We don’t let them and we can’t let them use weapons,” the president said of border patrol. “We can’t. Other countries do. We can’t. I would never do that. But how do you stop these people? You can’t.”

At that moment, someone shouted, “Shoot them!” and Trump responded with, “That’s only in the panhandle you can get away with that statement.”

At his rally tonight, Trump says the government is unable to violently attack immigrants, someone in the crowd shouted "Shoot them!"

The crowd & Trump erupt in laughter & cheers. Trump says, "Only in the panhandle can you get away with that statement."pic.twitter.com/SgQd2OH9ti

Castro’s plan continues: “A few weeks later [after the Panama City Beach rally], a young man motivated by white nationalism drove over 600 miles to the border city of El Paso, Texas, where he is accused of shooting and killing 22 innocent people.”

The plan then includes a lists all of the major mass shootings that have happened in the United States since 2012.

Castro explains in the proposal that he aims to fight white supremacy by “comprehensively identifying the threat of white supremacist terrorism and combating it directly with a coordinated federal response.”

He also promises to “invest in programs to fight radicalization and educational opportunities to bridge racial and cultural divides, and lead a global coalition to defeat this rising tide of white nationalism.”

We need universal background checks without NRA loopholes to keep guns out of the wrong hands. We need a renewed assault weapons ban and strict limits on high-capacity magazines. We should invest in a gun buyback program. … And yes, we need a federal licensing program to buy and own a gun that includes fingerprints, a law enforcement interview and a gun safety course.

The president and the majority of Democratic 2020 candidates have responded to the gun violence of late by calling for stricter gun control and background checks before people purchase guns.

“Serious discussions are taking place between House and Senate leadership on meaningful Background Checks. I have also been speaking to the NRA, and others, so that their very strong views can be fully represented and respected,” Trump tweeted on Monday.

“Guns should not be placed in the hands of mentally ill or deranged people. I am the biggest Second Amendment person there is, but we all must work together for the good and safety of our Country. Common sense things can be done that are good for everyone!” he continued.

….mentally ill or deranged people. I am the biggest Second Amendment person there is, but we all must work together for the good and safety of our Country. Common sense things can be done that are good for everyone! 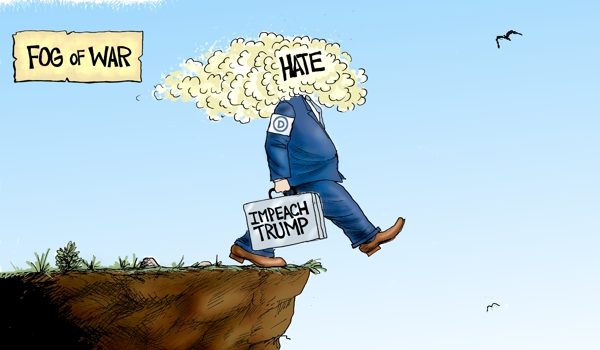