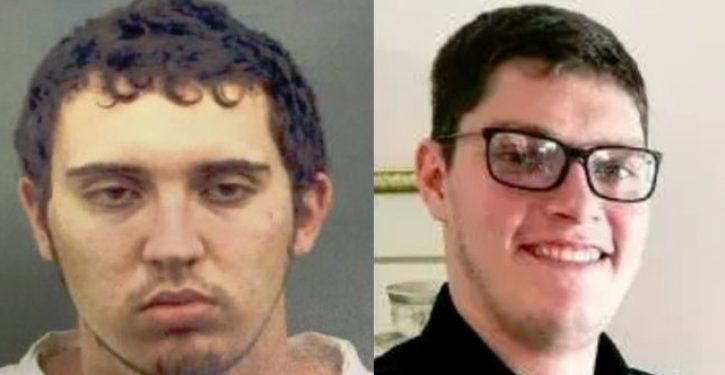 We’ve seen this M.O. played out repeatedly. There is a deadly shooting and almost instantaneously the Left arrives at the conclusion that the gunman must be white. Such was the case with George Zimmerman, the community watch volunteer who in 2013 shot 17-year-old Trayvon Martin as the two grappled for Zimmerman’s gun. Initial reports identified Zimmerman’s race as white. When it was revealed that his mother was Peruvian with some African ancestry, the press revised his race to “white Hispanic” — a new demographic.

In reacting to the two shootings that occurred this past weekend, liberals added a new wrinkle to their M.O., pigeonholing the shooters not only as “white” but as “white nationalist.” Naturally, in an era where the president himself is written off by the Left as a white nationalist, Donald Trump’s views were also factored into the equation. Presidential hopeful Beto O’Rourke, who represents the Texas district encompassing El Paso, blamed Trump Sunday for the shooting and accused him of being a white supremacist. Pathological Trump hater Maxine Waters also sounded off on Sunday about gun control and Trump’s alleged role in the shootings:

Enough is enough. America, when are you going to demand action on guns? Another senseless mass killing by a young white nationalist. Trump, you cannot escape accepting blame for these escalating killings in our country that are motivated by your race baiting!

Waters is right — enough is enough. But the solution she is seeking is not what the nation needs. Rather, it is high time that the media and liberal lawmakers look carefully at the evidence and motivation in shootings before going off half-cocked. If they did, they would discover that all shooters are psychopaths, many are sociopaths, and the motivations behind their murderous acts are complex. Certainly, they fail to fit the Procrustean bed liberals have made for them.

Take, first, the Dayton shooter, Connor Betts. Yes, Betts, who was killed by police, appears to have been white. But he was anything but a white supremacist. Have a look at the profile compiled by Heavy:

On social media, the suspect’s biography started to emerge. On his Twitter page … he described himself as “he/him / anime fan / metalhead / leftist / i’m going to hell and i’m not coming back.” He wrote on Twitter that he would happily vote for Democrat Elizabeth Warren, praised Satan, was upset about the 2016 presidential election results, and added, “I want socialism, and i’ll not wait for the idiots to finally come round to understanding.” The Greene County Board of Elections lists his party as “Dem.” You can read a roundup of his tweets – which also dealt with Parkland, Florida and 9/11 – here and later in this article. Here’s his tweet on Donald Trump’s election victory:

There’s much more, but the overarching image provided is of a man closer to Antifa — he was wearing a mask at the time of the shootings — than the Ku Klux Klan.

And what of Patrick Crusius, the El Paso shooter, whose killings are being treated as acts of domestic terrorism and possible hate crimes? Although he comes closer to the Left’s model of a mass murderer, his manifesto (which he claims is modeled on the Christchurch, New Zealand shooter’s manifesto) reveals him to be other than a flag-waving, MAGA-hat-wearing Republican. Yes, he wrote in his manifesto that the “attack is a response to the Hispanic invasion of Texas.” But he also wrote:

In short, America is rotting from the inside out, and peaceful means to stop this seem to be nearly impossible. The inconvenient truth is that our leaders, both Democrat AND Republican, have been failing us for decades. They are either complacent or involved in one of the biggest betrayals of the American public in our history. The takeover of the United States government by unchecked corporations. I could write a ten page essay on all the damage these corporations have caused, but here is what is important. Due to the death of the baby boomers, the increasingly anti-immigrant rhetoric of the right and the ever increasing Hispanic population, America will soon become a one party-state.

And he further wrote:

… [T]he idea of deporting or murdering all non-white Americans is horrific. Many have been here at least as long as the whites, and have done as much to build our country. The best solution to this for now would be to divide America into a confederacy of territories with at least 1 territory for each race. This physical separation would nearly eliminate race mixing and improve social unity by granting each race self-determination within their respective territory(s).

And finally he writes:

My ideology has not changed for several years. My opinions on automation, immigration, and the rest predate Trump and his campaign for president. I putting [sic] this here because some people will blame the President or certain presidential candidates for the attack. This is not the case. I know that the media will probably call me a white supremacist anyway and blame Trump’s rhetoric. The media is infamous for fake news. Their reaction to this attack will likely just confirm that.

As a whole, these are the musings of an individual with deep-seated mental health issues. Acknowledging this at a time when the bodies of the shooters’ victims have scarcely cooled may seem harsh and unfeeling. But the realities have to be faced if the nation is ever to move beyond this monstrous epidemic.